These shocking photos show the awful mistreatment of Shar-Pei dogs – but also their heartwarming rehabilitation at the hands of a small British charity. With their wrinkly skin, large nose and blue tongue, the Shar-Pei is one of the cutest and more unusual breeds of dog. But unscrupulous breeders have caused a number of them […] 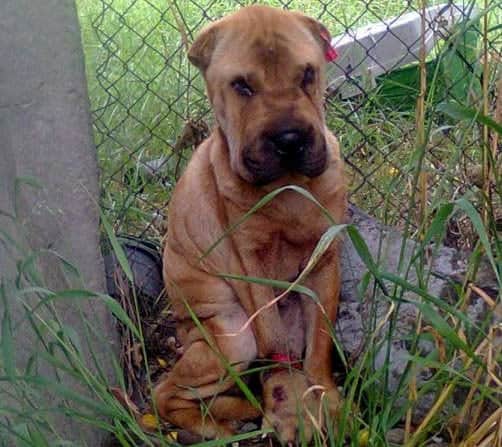 These shocking photos show the awful mistreatment of Shar-Pei dogs – but also their heartwarming rehabilitation at the hands of a small British charity.

With their wrinkly skin, large nose and blue tongue, the Shar-Pei is one of the cutest and more unusual breeds of dog.

But unscrupulous breeders have caused a number of them to suffer from health issues affecting their skin, eyes and ears.

As a result, neglected dogs quickly find themselves in an appalling condition.

However, the hardworking volunteers at the Shar-Pei Rescue of Scotland have spent the past five years dedicating their lives to helping unwanted and mistreated dogs. 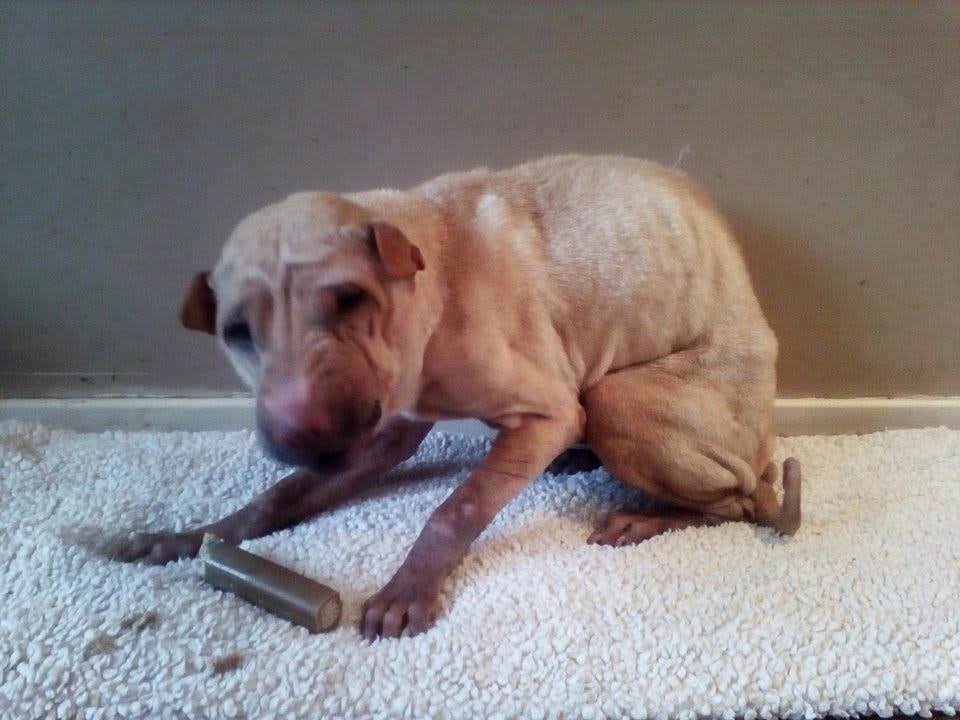 The charity, headed by Gina McCallum, has just rescued its SIX-HUNDREDTH Shar-Pei – with many at death’s door when they were taken on following horrific mistreatment.

They have been saved from kill shelters in Eastern Europe, pounds in England and members of the public who fail to care for them any longer.

Gina, who is based in East Kilbride, South Lanarkshire, said: “I love the breed – they are so unique and misunderstood and although brought up with boxers I fell into the Shar-Pei rescue side of things by accident.

“The influx of dogs is the result of excessive breeding and the throw-away culture which has developed in today’s society.”

The charity has now released some photos showing the staggering transformation the dogs in their care have undergone.

Demi the black Shar-Pei weighed just 8kg when she arrived. She was found wandering the streets of Sheffield.

The then six-month old pup was taken in by a pound which contacted Gina. 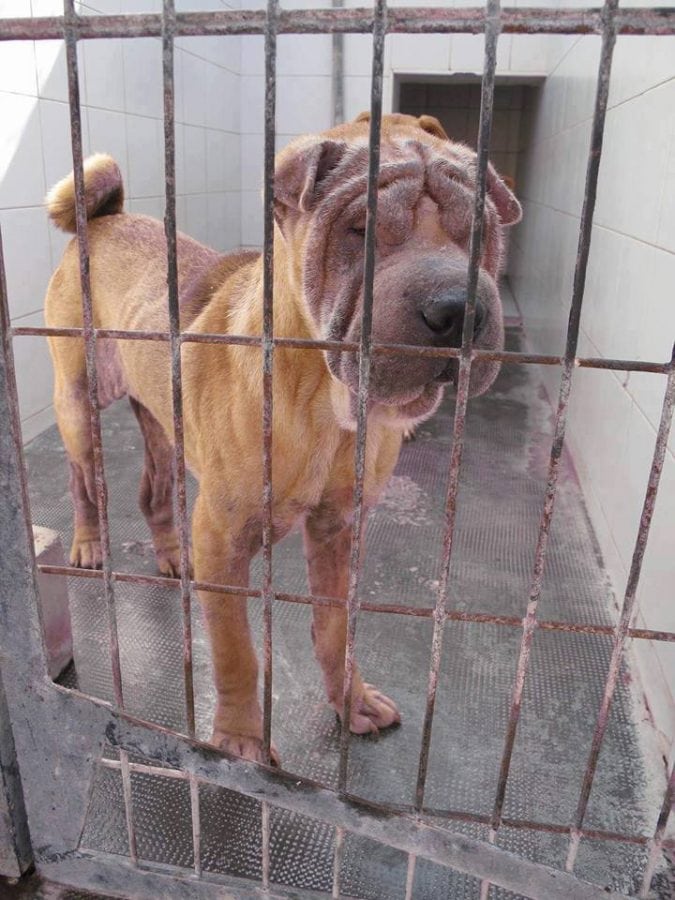 Gina said: “She was in such poor condition we did not think she would make it.

“She needed MRI scans and extensive veterinary treatment and is now known as ‘Demi the demon’. She is so cheeky and such a personality.

“Another dog is Mara who was found tethered to a tree in Bulgaria and was brought to our attention for some of our contacts in Eastern Europe.

“The rope had embedded itself into her leg and we thought she would lose the leg. However with some fantastic vet work, her leg was saved and she is still going strong.”

The charity is now appealing to animal lovers as they are in need of fosterers and adopters to look after the dogs and people to help with donations and fundraising.

Despite being a small charity, they have spent almost £30,000 this year on vets bills alone and are in desperate need of help. 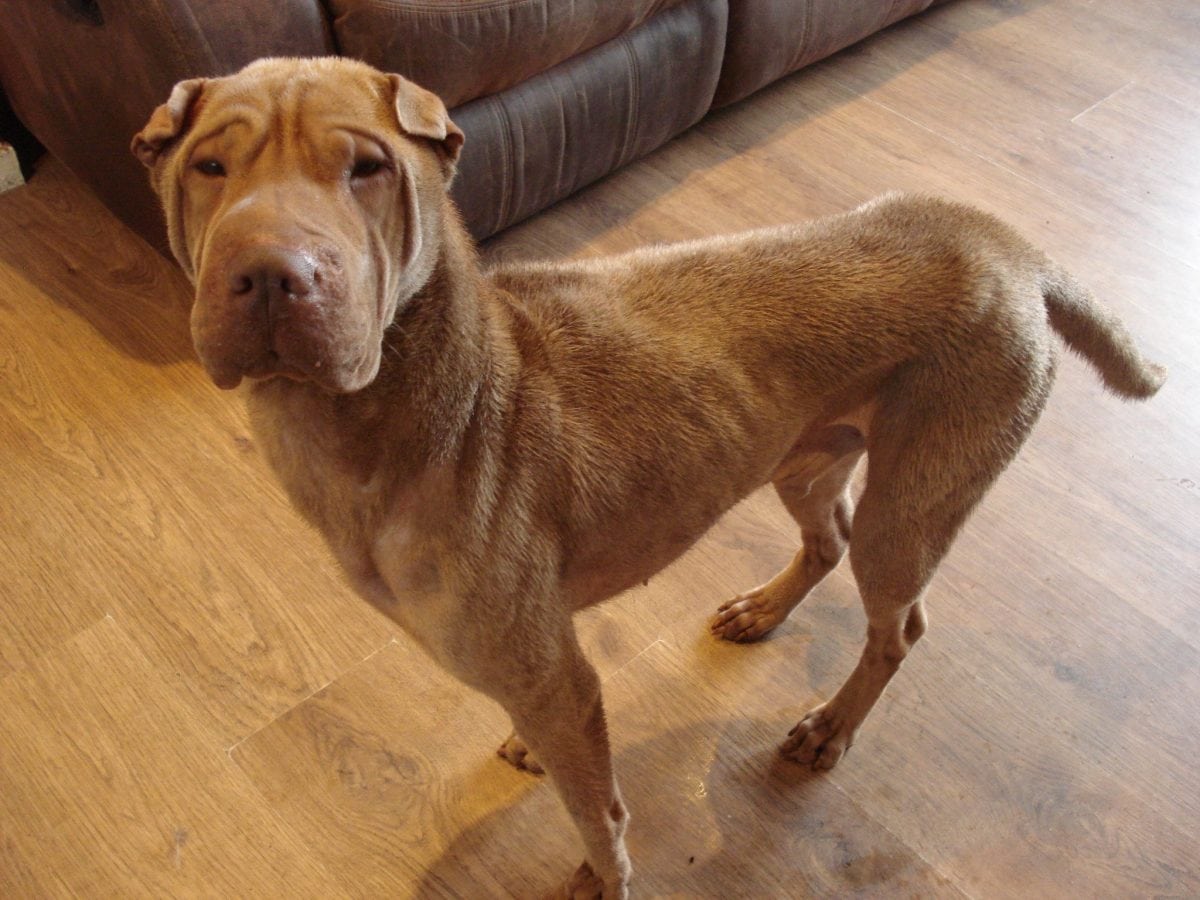 A charity fundraising page has been set up and supporters can follow their Facebook page which hosts events and provides details for how people can help.

Gina added: “Things have been frantic over the last few months with dogs coming back into rescue either needing lots of vet treatment or just no longer wanted.

“We were recently asked to help a young boy on the streets. We got him into foster where he turned out to be an absolute star and found him a forever home only to find out that he has heartworm.

“We are currently having him treated and when he is well we will find him a loving home.

“Adopting a dog saves two lives – the dog you’re adopting and the space it is creating to be.

“When we take a dog into rescue not only do we become responsible for that dog but also for the costs that dog will entail.

“The rescue relies purely on the goodwill of the public and assistance from Taylor’s Vets. I am so thankful to the people who support us. We couldn’t do it without their help.

“We have a lack of fosters and adopters at the moment and appeal to the public for help.” 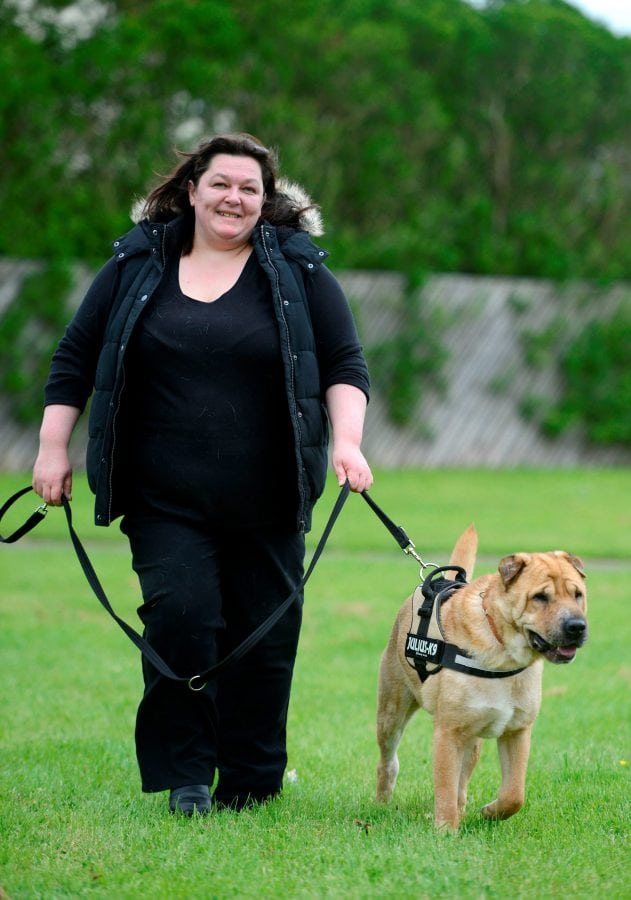 The Shar-Pei, which is one of the world’s oldest and unusual dog breeds – but during the 1960s and 1970s it was nearly extinct under China’s communist government.