A rapist released halfway through his sentence went on to attack two women – just THREE WEEKS after walking out of prison. Ashley Shuck, 24, forced his way into an elderly victim’s home as she was making breakfast during his “12 hour campaign of rape.” He raped her twice and then forced her to drive […] 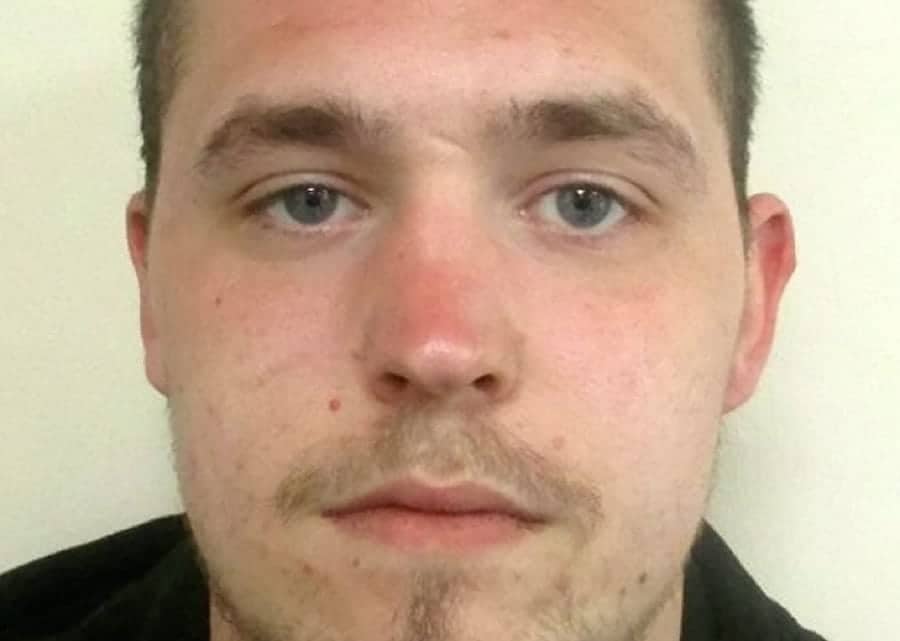 A rapist released halfway through his sentence went on to attack two women – just THREE WEEKS after walking out of prison.

Ashley Shuck, 24, forced his way into an elderly victim’s home as she was making breakfast during his “12 hour campaign of rape.”

He raped her twice and then forced her to drive at knifepoint nearly a 100 miles before letting her go in June this year.

The night before, Shuck attacked and sexually assaulted a young mother after striking up a conversation with her in her front garden.

Shockingly, Shuck committed the vile crimes just three weeks after he was released from prison after serving half an eight-year sentence for a previous rape in 2012.

Shuck was jailed for life and ordered to serve a minimum of ten-and-a-half years after admitting two counts of sexual assault, two of rape and one of kidnap at Worcester Crown Court on Monday (7/8).

Judge Nicolas Cartwright said: “Rape in any context was a serious offence but rape of a randomly selected stranger not only strikes at the victims but at the community as a whole.

“It is bound to make lone women afraid on the streets and even in their homes.”

Judge Cartwright told Shuck his elderly victim “genuinely believed” he was going to kill her.

He said: “She was understandably terrified. Her life has been changed forever.

“I have considered the level of danger you pose to the public, which is extreme at present and in the short term future.”

The court head Shuck was freed from prison in May this year after serving four years for the 2012 rape.

During that offence, Shuck forced his 18-year-old victim to strip naked by a river bank before biting her neck and lower body.

Weeks after being released on licence, prosecutor Simon Burns said Shuck attacked a woman on June 17 when he walked past a house in Kidderminster, Worcs., and spotted a woman in her late 20s.

She made a comment about the brightly coloured floral shorts he was wearing and they began to talk.

She invited him in for a drink but he later refused to leave and when she went to sleep on the sofa bed, he attacked her, putting his hand over her mouth.

Mr Burns said she fought him off but when she went to get a drink of water he held her head under the tap and sexually assaulted her again.

Shuck left at around 5am and was filmed on CCTV as he cycled across Kidderminster to the home of the elderly woman he had “targeted.”

Earlier in the week, he had called at her house asking if he could clean her car.
At about 7am on June 18, she was in her nightdress making breakfast when he knocked at the door and claimed he was a gas engineer.

Mr Burns said: “She asked for identification and he flashed her a provisional driving licence.

“He pushed her back into her home and raped her twice while he taunted her and shouted at her in a degrading attack over 90 minutes.

“He took a sharp four inch knife from her kitchen and put his bike into her garden before forcing her into her car, warning her not to alert her friends or he would ‘stab them in front of her.’

“She realised that if she was going to survive the ordeal she would have to keep him calm.

“There was obviously a sinister element as to why he was taking her on such a circuitous route.”

After nearly three hours of driving mainly on country lanes towards Bromyard, past Worcester and towards Malvern, he took her back to Kidderminster.

He then got his bike and took the train and was arrested at Worcester Foregate Street Station just after 8.30pm.

In a victim impact statement, the elderly woman said she had feared for her life.

She said: “He said he was trying to decide what to do with me.

“I knew he was planning to kill me.”

She added that she did not think she would live long enough to recover fully from her ordeal.

Mr Burns said Shuck was a predatory offender who was “sexually deviant and dangerous” and had shown a degree of “Jekyll and Hyde” behaviour by switching from one extreme to the other.

The court heard he had previous convictions for sex with a 13-year-old girl when he was 15 and a burglary in 2010 when he put his hand over the mouth of a woman in her bedroom.

Gurdeep Garcha, defending, said: “He understands just how damaging his behaviour has been.”

Papers: Sunak tries to save campaign as his private pool opens and public baths close