RelatedPosts Daft as a paintbrush? Reactions as Tory MP wants taxpayer-funded portraits of Queen for everyone Only Britain does petty like this! Tree chopped in half following dispute between neighbours Council killjoys who removed flowerbeds volunteers installed in a car park respond in the best way Resident dumped rubbish outside council offices in protest at […] 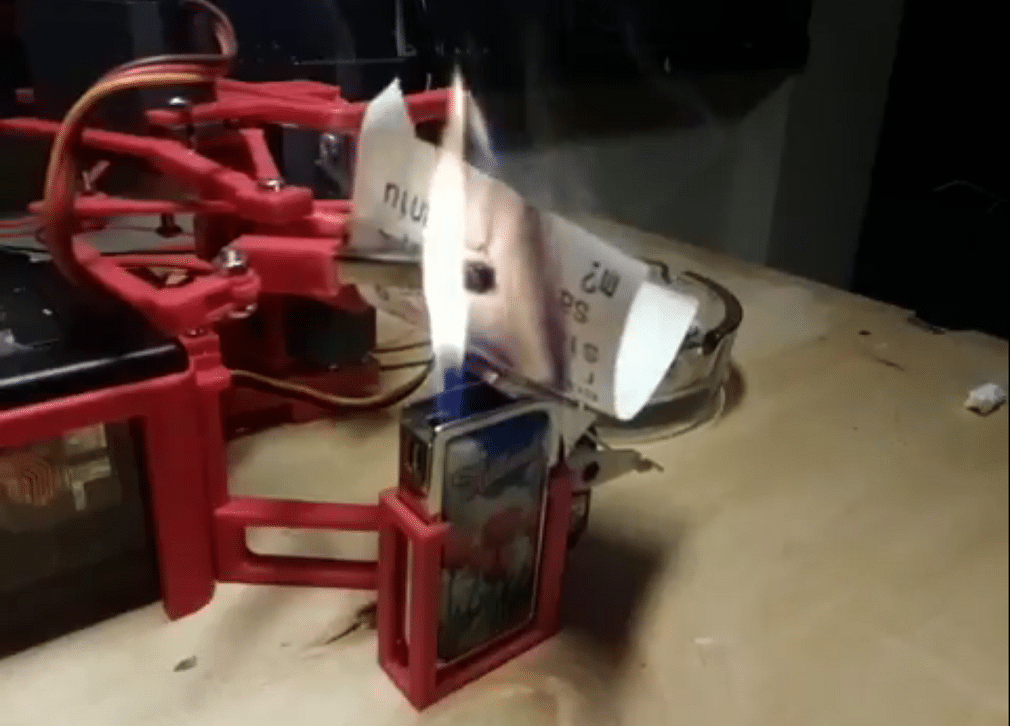 I think it has been well established by now that whatever comes out of Donald Trump’s Twitter account is utter horse shit, but now engineers are giving them the attention they deserve.

A robot has been designed that automatically prints Trump’s tweets, places them over a lighter and transforms them in to ash.

Compared to the many Twitter bots circulating the social platform this machine has taken a literal approach.

For each tweet, @burnedyourtweet does just what its name suggests: prints, cuts, grabs, moves, and burns the message.

Watch the ingenious process below: