"I've had some people message to say I'm never coming back to your pub and they're from Thailand." 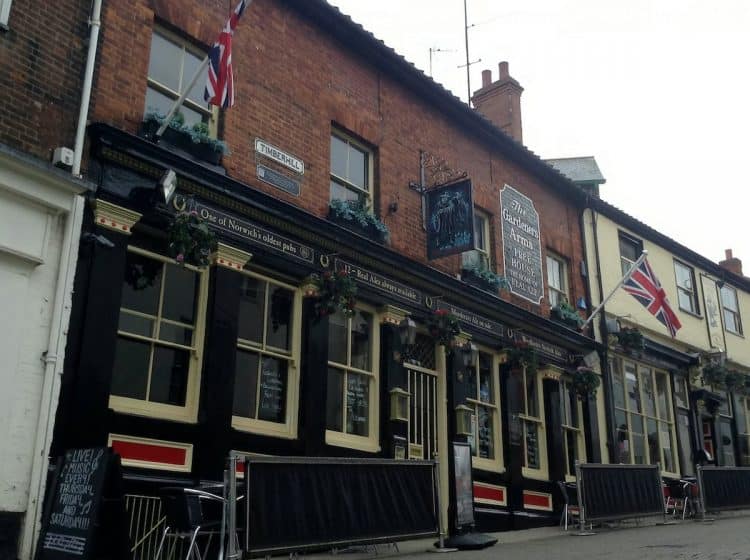 A pub landlord has told how he has faced threats of violence and been branded a ‘Nazi’ after he announced a ‘no jab, no entry’ rule.

Phil Cutter, 50, said he has reported the threats against him and his family to the police and was forced to cut his pub landline because he was getting so much abuse.

The dad-of-three came under fire after he revealed on Tuesday (July 13) that unvaccinated punters will not be allowed to enter his pub from Saturday.

He has since emphasised that he will also accept evidence of a negative lateral flow test for un-jabbed customers.

But hundreds of people – some from as far away as Thailand – have launched a tirade of abuse at the landlord via social media, email and telephone.

Cutter said he was forced to switch off the pub’s landline yesterday after it was ringing “incessantly” with abusive callers.

The louts have also aimed to discredit Cutter’s pub – The Murderers in Norwich, Norfolk – by leaving hundreds of negative reviews online despite never having visited the establishment.

Cutter, landlord at the pub for 34 years, said that the abuse had ranged from hateful comments to threats of violence.

He said: “A guy walked past the pub the other day and he said ‘I’m never coming to your f***ing pub again.

“People say we’re going to close your pub and put your windows through. A lot of them say ‘I hope your family get Covid’.

“I’ve had some people message to say I’m never coming back to your pub and they’re from Thailand.

“There have been a couple of threats of violence which have been forwarded to the police.

“People call up to swear at us and call me a Nazi but they’re not actually engaging in a conversation.

“The people with the loudest voices tend to be heard.

“It’s not about being right or wrong with these people. We’ve got to agree to disagree.

“The wind will change and they’ll go somewhere else.

“The fear is that groups and individuals will come in when we’re open to make it difficult.”

Cutter, who has been vaccinated along with his wife and three children, said that he has been promised support from locals when the pub reopens on Saturday.

He was forced to close his pub for 10 days last Wednesday due to two members of staff testing positive for Covid.

Cutter said: “I know how detrimental it is to my pub. We have to protect as many people as we can.

He said that his decision was partly motivated by a lack of clarity from the government.

“The government have been absolutely useless. We don’t know whether we still have to have Track and Trace for Monday. That’s ridiculous.

“We should know that as an industry. We’ve got to what we think is best for our business.

“We reopen on Saturday. I’m feeling quite positive. A lot of people have said that they’ll down and support us.”

Cutter added that Google, Facebook and TripAdvisor have since suspended reviews for his pub after determining the surge of negative reviews to be suspicious.