A postman was wrongly slapped with a £110 fine after parking his delivery van for ten minutes – while helping a little old lady cross the road. Kind postie David Welland, 31, helped an elderly resident while delivering letters on his route. But he was gobsmacked when a council fined him £50 for parking in […] 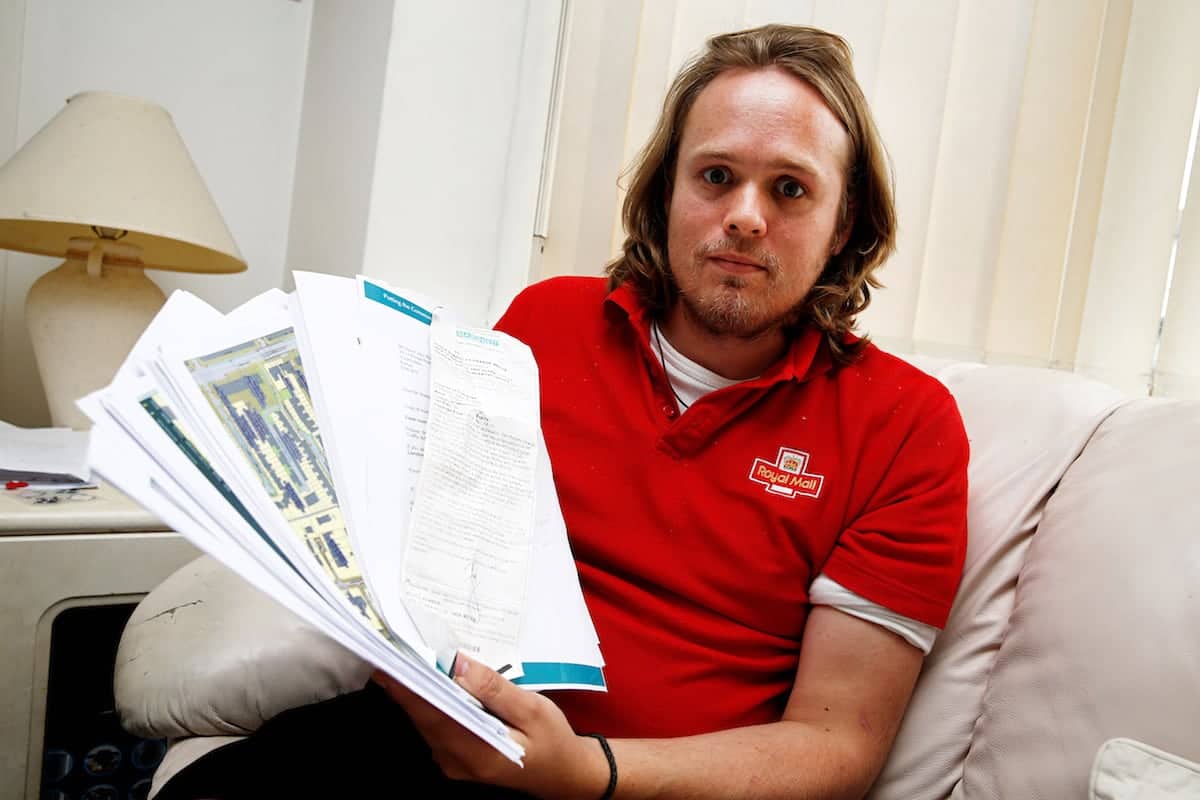 A postman was wrongly slapped with a £110 fine after parking his delivery van for ten minutes – while helping a little old lady cross the road.

But he was gobsmacked when a council fined him £50 for parking in a controlled zone – despite postmen being allowed to park delivery vehicles without facing a ticket.

And when David appealed the fine, Barnet Council, in north London, upped it to £110.

He said: “I feel the attitude of Barnet has not only undermined but belittled the service Royal Mail gives the public, not only in its postal service but, as and when possible, to help, advise and assist.”

David, who lives in New Barnet, north London, was accused of breaching the controlled parking rules, which ran in the area between 2pm and 3pm, by just ten minutes.

It was only when he appealed to the parking adjudicator that the fine was revoked – despite 1kg of evidence being presented against him.

He also contacted three local councillors to fight the case, but said none got back to him.

David stopped his car, which was not a red Royal Mail vehicle, while delivering letters on May 15.

But his return was slightly delayed when he stopped to help an old resident cross the road.

Local parking blogger Derek Dishman, who writes under the name Mr Mustard, accused the council of being motivated by a ‘desire for income’.

He said: “The council’s incorrect rejection of Mr Welland’s perfectly valid challenge may have been motivated by the council’s desire for income as that seems to have trumped the need to be good citizens.”

A Barnet Council spokesman said: “The vehicle in question – which on appearance did not look part of the branded Royal Mail fleet – was parked on a restricted yellow line in a controlled parking zone during the prescribed hours, between 2pm and 3pm.

“A penalty charge notice was issued to the vehicle for that reason.

“Having reviewed the evidence, the Traffic Adjudicator ruled in favour of Mr Welland.

“A decision by an adjudicator is based on their personal assessment of an appeal and does not set a precedent.”