She was discovered at the foot of Beachy Head, East Sussex, on June 13 alongside two other bodies and was carrying nothing but a five pound note. 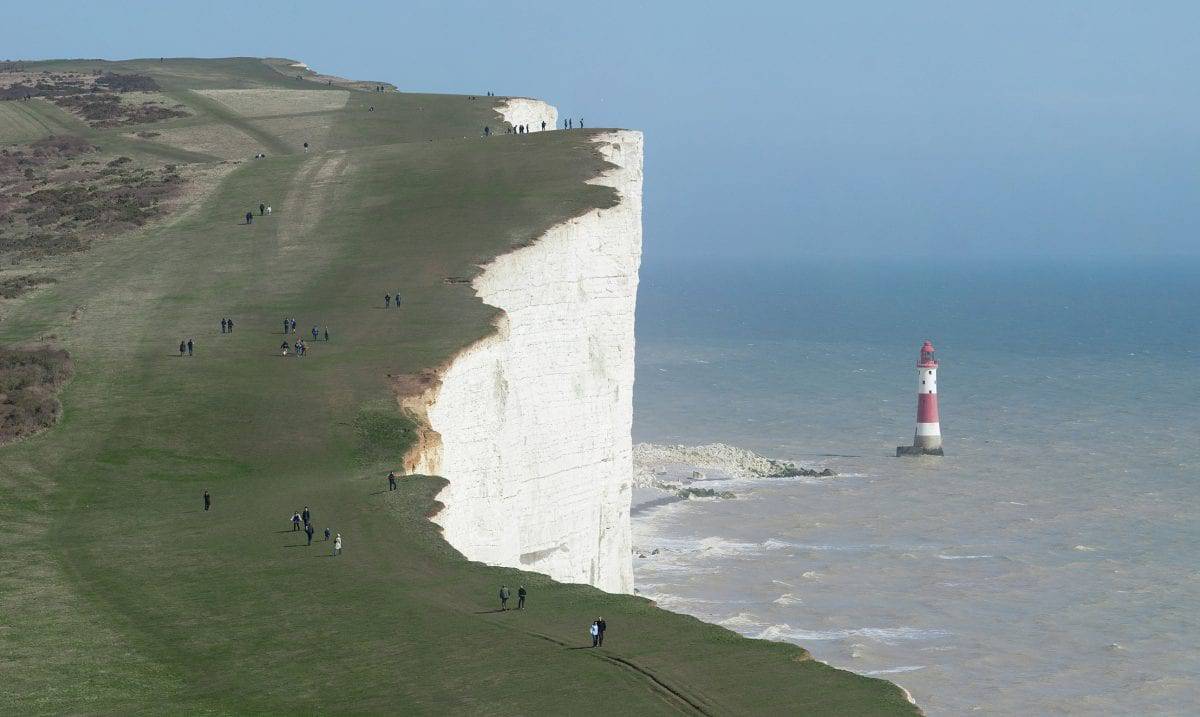 Police are still struggling to find the identity of a woman, six months after her body was found at Britain’s most notorious suicide spot.

She was discovered at the foot of Beachy Head, East Sussex, on June 13 alongside two other bodies and was carrying nothing but a five pound note.

Sussex Police have now reissued the appeal to find the woman, who was found after a group of foreign students reported a person falling from the cliff edge.

A spokesman said: “While that person’s body was being recovered by a coastguard helicopter crew, they found a second nearby.

“People walking along the base of the cliffs then reported discovery of a third body.

“All three were recovered and the first and third were subsequently identified.

“But it is the second of the bodies which is still baffling police and officers are keen to hear from anyone who may be able to help.”

She had black, shoulder-length hair.

The spokesman said: “She was wearing a white Marmot hooded jacket over a grey Bench hooded jacket and a navy blue, floral-patterned top.

“She was also wearing grey Adidas tracksuit bottoms, white Adidas socks and a pair of grey, size five Icepeak trainers with black soles, orange tread patterns and a white edge to the soles.”

“It is just hoped that someone may recognise her description or know of someone who has gone missing who might match her details.”