Villa Supermarket, Lozells, Birmingham will remain closed until the beginning of 2019 after months of disorder and nuisance linked to the premises and associated flats above. 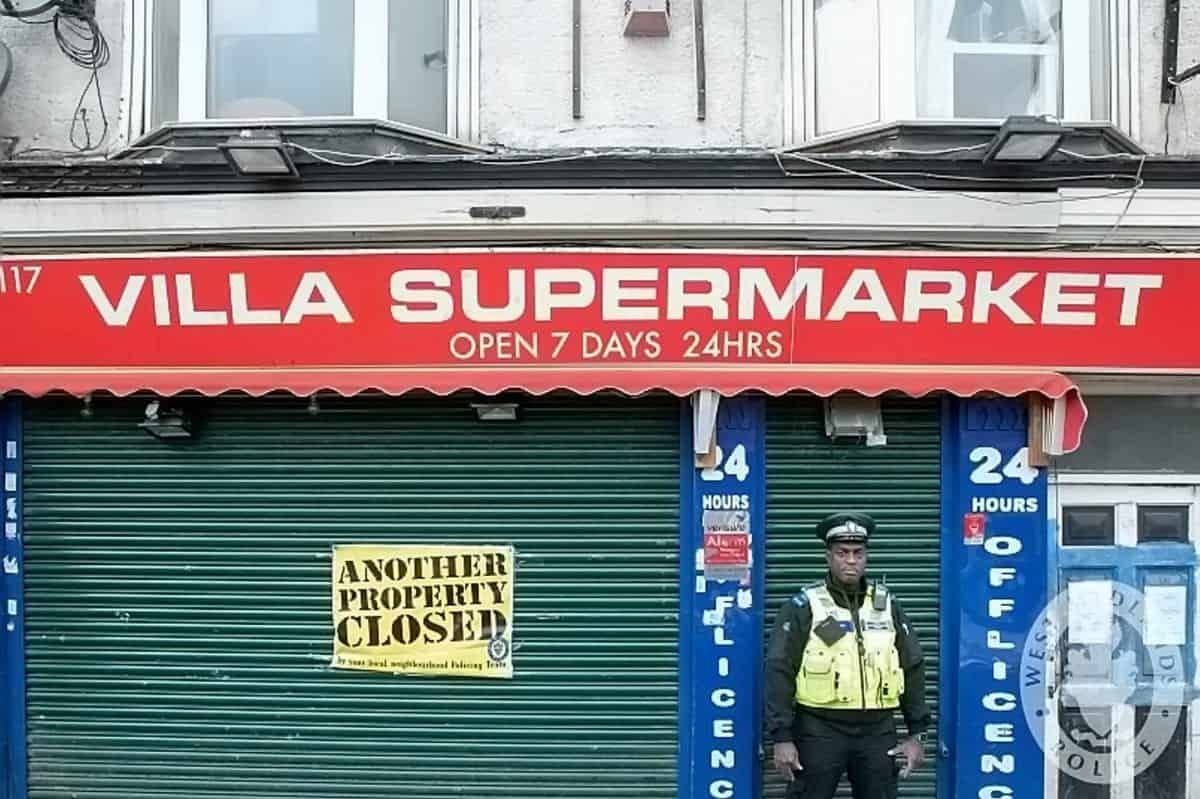 Police have shut down a supermarket after reports of ‘child sexual grooming’ taking place.

Villa Supermarket, Lozells, Birmingham will remain closed until the beginning of 2019 after months of disorder and nuisance linked to the premises and associated flats above.

West Midlands Police responded to 20 calls in just 12 months ranging from serious assaults to the sale of illegal goods.

Concerns were also raised about suspected sexual grooming of vulnerable girls at the flats.

A team from the Regional Organised Crime Unit (ROCU), managed to present a strong case of evidence before a court judge last week.

It led to officers securing a three-month closure order at Birmingham Magistrates Court under the Anti-Social, Crime and Policing Act.

The two empty flats will be closely monitored by officers to ensure there is no repeat of trouble.

If the closure order is breached over the next few months then an extension can be sought at court.

West Midlands Police, Inspector Ifty Ahmed said: “We have taken tough action in response to the number of crime reports we were receiving over recent months.

“We have also listened to residents who have told us what a nuisance and blight on their lives this was causing.

“We have already seen a significant reduction in calls and hopefully this will reassure our communities we will not tolerate such nuisance.

“When the closure order expires we will closely monitor the premises and won’t hesitate to use what powers we can to stop anti-social behaviour and crime.”