Police Dog (PD) Mojo will receive the PDSA Order of Merit* at a ceremony later this month, for his devotion to duty under the most horrendous circumstances, on 22 May 2017 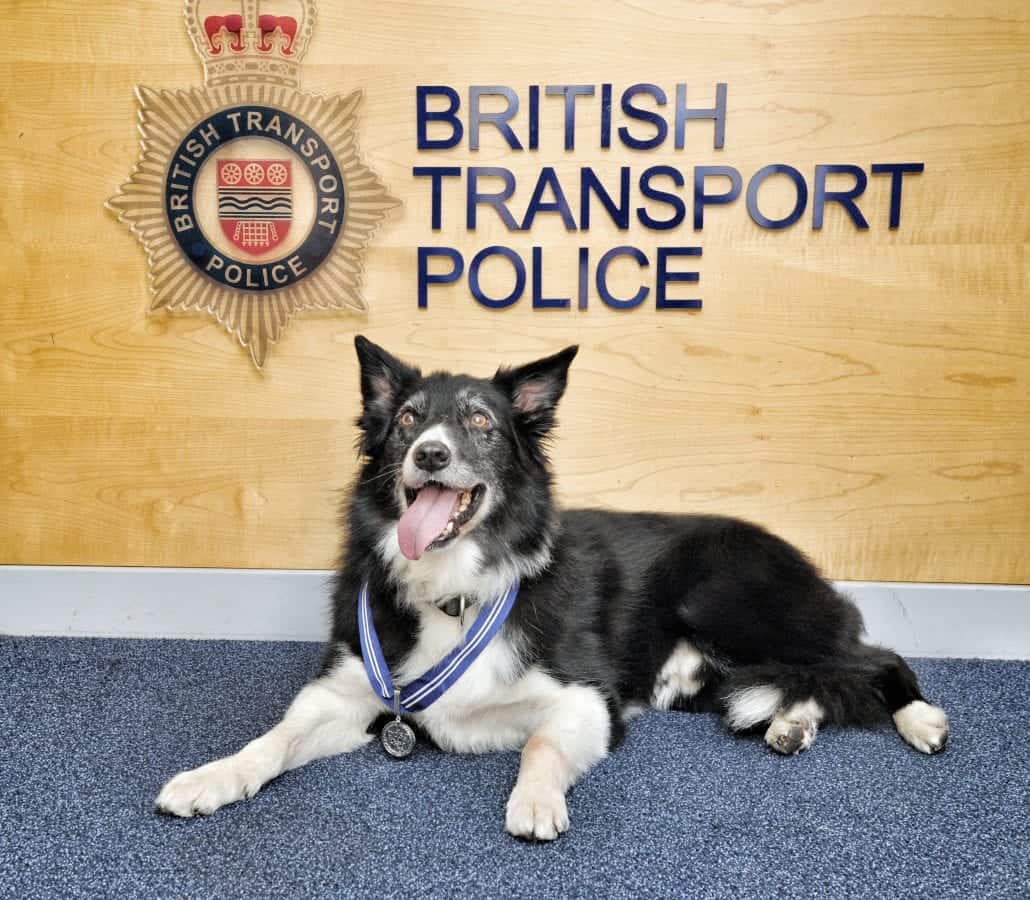 A brave police dog which was first on the scene following the devastating terror attack at Manchester Arena is to be honoured with a very special award.

Police Dog (PD) Mojo will receive the PDSA Order of Merit* at a ceremony later this month, for his devotion to duty under the most horrendous circumstances, on 22 May 2017.

Discussing Mojo’s award, Nigel said: ‘Mojo’s actions on that fateful night enabled the emergency services to carry out their vital work, by helping to search and clear the area.

“Mojo worked tirelessly under conditions he’d never experienced before. For that devotion to duty and service to society, PDSA is honoured to recognise him.”

On the day of the attack Mojo and his handler PC Phil Healy had returned home after an early shift with the British Transport Police.

Later that evening, news came through of an explosion at the Arianna Grande concert inside Manchester Arena, so Phil and Mojo immediately made their way back to work.

PC Healy explained: “On our way over to the Arena, I heard over the police radio that the explosion had been caused by a detonated device and that many people were injured.

“We also heard that fatalities were already being confirmed.

“We were the first dog team on the scene and it was very chaotic.”

Mojo worked in horrendous conditions, searching for secondary devices among the sea of unattended, abandoned items, to secure the area.

PC Healy said: “Mojo was working well but he was somehow different. It was as though he didn’t want to be there, among the carnage that surrounded him.

“But despite this he worked on, clearing the area so that the Firearms Unit could move out of the area safely.”

PC Healy and Mojo were later joined by other dog teams and together, they searched the whole stadium. Mojo worked alongside his handler until 7am the following morning.

On their way home, Mojo and PC Healy were called out again to follow up on reports of a suspicious item elsewhere.

“His role on the night was to make others safe – members of the public along with the responding emergency services, who each had their vital part to play.

“His dedication to duty, despite clearly being distressed by what he saw, makes him a deserving recipient of the PDSA Order of Merit.”

Mojo retired from British Transport Police duties in August this year, but his service will always be remembered.

He said: “I am so proud to see Mojo recognised by PDSA in this way. He acted in the finest traditions of policing, under circumstances that you can never fully train for.

“There is no doubt that what Mojo experienced that night had a lasting effect on him, as it has all of us.

“His receiving the PDSA Order of Merit is a fitting way to recognise his actions. The ceremony will be emotional – I am extremely proud of him.”

The Manchester Arena bombing was a suicide attack on May 22 2017.

Twenty-three people were killed, including the attacker Salman Ramadan Abedi, and 139 were wounded.

More than half were children.

The bomber was a 22-year-old British Sunni Muslim of Libyan ancestry.