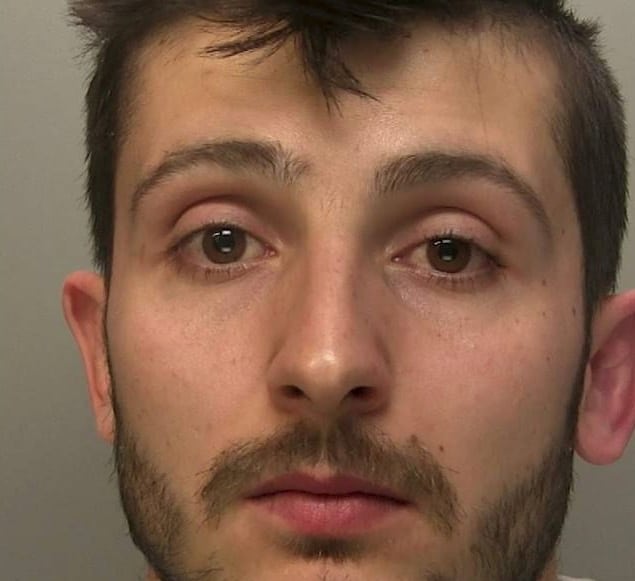 A pervert who sexually assaulted and exposed himself to young women over an 18 month rampage was finally caught – when he flashed an off-duty police officer.

The 26-year-old was linked to six offences between September 2015 and April this year.

Dungyov was finally caught when he exposed himself to an off-duty officer in the early hours of April 8.

She called 999 for help from her colleagues and kept Dungyov in constant view as he tried to leave the scene.

DNA and ID evidence then subsequently linked him to five other cases, including a sexual assault and an attempted rape in Guildford, Surrey.

At Kingston Crown Court on Tuesday he was sentenced to nine years and ten months after pleading guilty to one count of attempted rape, one count of sexual assault and four counts of exposure at an earlier hearing.

Dungyov was initially arrested on suspicion of a total of 12 offences, which included one count of attempted rape, nine charges of exposure and two charges of sexual assault.

But he only admitted six counts and a further six other charges, relating to similar offences, were left to lie on file.

Detective Sergeant Yahya Aslam of Surrey Police, said: “I am very, very pleased that this man is off our streets.

“All his victims have shown tremendous bravery in coming forward and supporting this prosecution.

“Although he didn’t plead guilty to all the charges, I take comfort from the fact his guilty pleas meant the women he attacked didn’t have to relive their ordeal giving evidence in court.

“I want to pay tribute to the work of all the uniformed and detective colleagues who worked so hard to catch this man, and the officers who worked extra patrols to protect the public from his activities.

“This was a substantial investigation, over a long period of time, and the officers have persevered with it throughout.

“In particular I want to highlight the work of Detective Constable Jo Smith who has been with this case from the outset, and whose tenacity and focus was so important in bringing this man to justice.

“Dungyov was finally caught when he exposed himself to an off-duty officer in the early hours of 8 April 2017.

“Showing great presence of mind this victim called 999 for assistance from colleagues, and kept him in constant view as he tried to leave the scene.”

Dungyov, of Yew Tree Drive, Guildford, will also be listed on the Sex Offenders’ Register indefinitely and has been made the subject of a barring order, limiting where he can work when released.