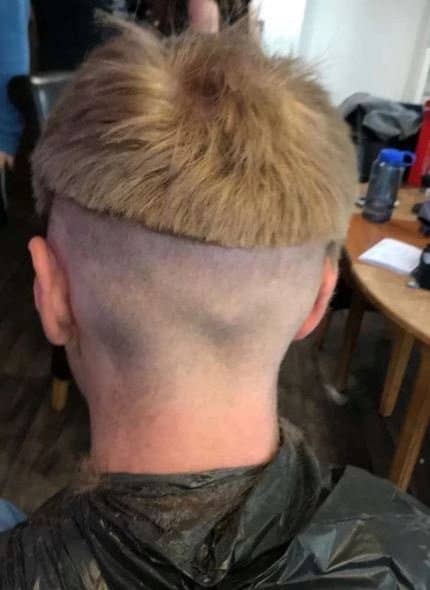 The weird phenomenon of home haircuts is taking hold as isolation prevents people going to the barbers.

Safe in the knowledge that nobody is going to see them for several weeks or months, many are getting the clippers out and doing DIY trims.

But the results are often disastrous, as these examples composed by the student website The Tab demonstrate:

In what was undoubtedly an attempt to make the hair more workable by wetting it, she’s inadvertently cut a massive triangle in her fringe.

One of many who attempted a skin fade, and then realised how difficult it is to do.

Josh went for the full-on bowl before it was shorn into something a bit more chic.

The author of the Tab article, he said: “I did myself a bowl cut back when I had bleach blonde hair and, as shabby as it looked, I kind of styled it out. This time, however, things are different, and it looks like I have a literal lid.”

Tommy’s cut makes it appear as if he has racing stripes, but whoever did it has clearly taken time to ensure that it is perfectly symmetrical.

This guy attempts to prove that people with short hair can also have a mullet.

One of the more successful trims submitted to the site – “looks like too much has been taken off one side, and that fringe has seen better days, but overall there’s nothing to rinse you too heavily about, which makes us deeply upset”, the article states.