A pair of cruel men staged illegal blood sports and posted videos of the chickens on Facebook – fighting to the death. Bill Ripley and Moses Brinkley narrowly avoided prison after animal inspectors uncovered evidence of their cruel cockfighting bouts on the giant social network. The pair were caught by a RSPCA special operations investigation […] 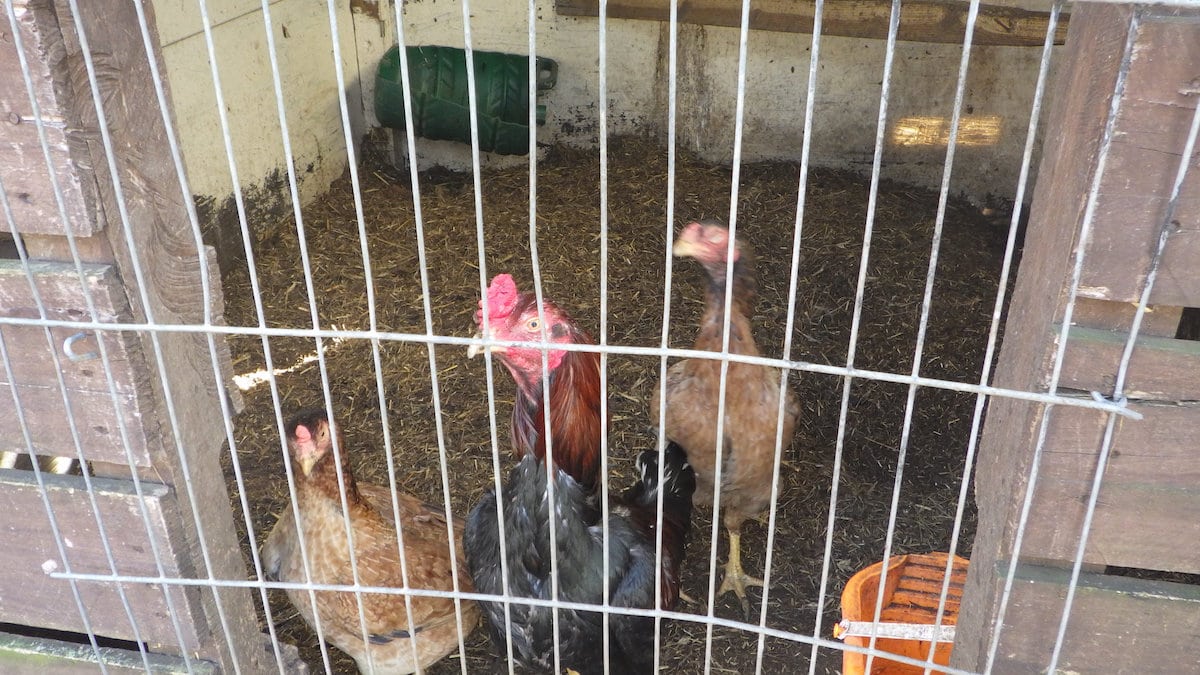 A pair of cruel men staged illegal blood sports and posted videos of the chickens on Facebook – fighting to the death.

The pair were caught by a RSPCA special operations investigation unit and police, who raided their travellers’ site in Bean, Kent, and discovered 242 birds.

Some of the poor animals were found to be suffering from brutal neck injuries, consistent with illegal cockfighting.

Ripley, 45, and Brinkley, 61, both admitted five animal abuse charges each, all to do with cockfighting.

One of the caravans searched by police was decorated with hundreds of photos and paintings depicting cockfighting and officers discovered razor-sharp spurs.

RSPCA inspector Carroll Lamport, who led the investigation, said: “Photos of cockerels and cockfighting adorned the walls of the caravan and it was clear to see that the defendants were obsessed with this brutal and barbaric blood sport.

“Not only did they have photos and paintings of fights, there were also books all about it, clothing such as caps emblazoned with slogans, and even display cabinets full of spurs and muffs – all paraphernalia used for training and fighting.

“Cockfighting wasn’t just a hobby for these men – it was clearly their life.”

A homemade booklet was also found containing information and tips on breeding and training cockerels with pictures.

Mobile phones seized from the search site were forensically examined, uncovering messages discussing breeding and fighting cockerels, along with videos of fights.

The videos showed bloody and gruesome fights between birds – some which went on to the death.

One of the videos documented a fight lasting ten minutes, in which the birds fought until one was drenched in blood.

From these videos, police were able to identify the ‘venues’ and ‘fighting pits’ shown online in the fights at spots around the site.

Ripley and Brinkley were sentenced at Bexleyheath Magistrates’ Court on Monday and banned from keeping gamefowl.

Ripley was sentenced to 14 weeks in prison and Brinkley ten weeks, both suspended for 12 months, after both admitting five offences including being present at an animal fight, keeping a premises for use in an animal fight and keeping animals for use in fighting.

They discovered cockfighting videos being posted on Facebook by ‘Shamo Bill’, who is believed to be Ripley.

“They’ll be well cared for as long as they’re winning or training for a fight but as soon as they’re injured or they lose, they’ll be disposed of.

“Sometimes fighters want to see their birds fighting one on one, one bird against another.

“But sometimes, they’ll up the stakes to make the event more entertaining by attaching false spikes to their legs or sharpening their spurs so they become more like weapons.

“They will fight these birds to the death and if they win several fights they can quickly become a ‘champion’ bird – but that is short-lived.

“As soon as the title has gone they are worthless to their owner.”