A long-serving nurse battling cancer has been told she can’t take early retirement because there is a drug to maker her better – even though the NHS won’t supply it. Sue Murray, 55, who battled thyroid cancer, needs Natural Dessicated Thyroid (NDT) to improve her quality of life and prevent her getting cancer again. Sue […] 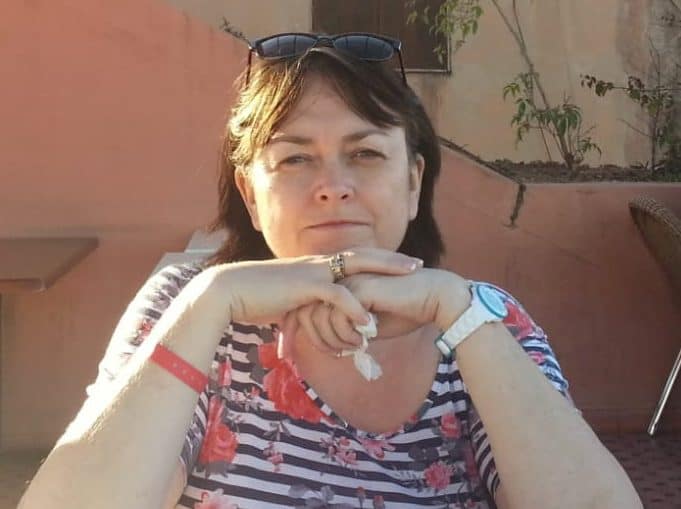 Sue Murray, 55. See SWNS copy SWCAnhs: A long-serving nurse battling cancer has been told she can't take early retirement because there is a drug to maker her better - even though the NHS won't supply it. Sue Murray, 55, who battled thyroid cancer, needs Natural Dessicated Thyroid (NDT) to improve her quality of life and prevent her getting cancer again. Sue contacted the NHS pensions office to apply for early retirement on health grounds.

A long-serving nurse battling cancer has been told she can’t take early retirement because there is a drug to maker her better – even though the NHS won’t supply it.

Sue Murray, 55, who battled thyroid cancer, needs Natural Dessicated Thyroid (NDT) to improve her quality of life and prevent her getting cancer again.

She told them her consultant advised her to take the natural product which is made from the dried thyroid glands of pigs.

The NHS denied her application as they said the NDT, which can be bought for less than 50p a tablet, should make her healthy enough to get back into work.

But Sue’s life was left in ruins last week when she was told by Basildon and Brentwood Clinical Commissioning Group that they would not prescribe her the natural product.

Sue said that the decision is “horrendous” and is feeling “demoralised” by the NHS.

Sue had her thyroid gland removed in July 2017 to stop the cancer spreading any further, giving her the all clear.

But without the gland, Sue’s body is unable regulate the production of thyroid stimulating hormone (TSH), this greatly destabilises her blood levels, raising her risk of cancer and makes her too tired and disorientated to work.

Sue had to stop her role as a prescribing nurse at a primary care surgery in Wickford, Essex in September 2018 as she was too mentally fatigued to do the job safely.

Since then she has been on NHS sick pay, but was overjoyed when told by the NHS pensions office she could go back to work if given NDT.

Sue said: “I was thrilled when I found out, I could go back into work, get my tablets and my life back.

“I love my job as a nurse, it was my life and I’ve done every kind of nursing.”

NDT is not usually provided by the NHS as it has not been proven to be any more effective than licensed prescription drugs.

It is available in the USA on an unlicensed basis, this is because the formula of NDT has been around for so long it didn’t need to go through the licensing process.

A spokesperson for the CCG said: “The prescribing of unlicensed liothyronine and thyroid extract products is not supported as the safety, quality and efficacy of these products cannot be assured.

“This position is supported by the British Thyroid Association, the Royal College of Physicians and the Regional Medicines Optimisation Committee.”

The British Thyroid Foundation agree with this assessment, and said they would not advocate its use.

Sue said: “It is so demoralising, being told that as it is unlicensed and unregistered I can’t take it.

“It should be available in the UK, over 100,000 people in America have taken it and all the anecdotal evidence is that it made them feel better.

“It isn’t a homeopathic medicine, and it is so much cheaper than what I am currently on.”

Sue is currently taking a drug called T3, which was recently price hiked from £9 per month to £900 per month.

Sue says that T3 is making her life “absolutely awful”, as she is fatigued all day and is unable to even remember what film she watched a day ago.

The nurse said: “I feel like I’m 90, I sleep all day, my skin is saggy and I’ve got a real pale complexion.

“I haven’t been able to work for a long time and I’m on sick pay, I don’t want to leave nursing yet and I’ve done it forever.”

Sue said that she was told by her consultant that her most recent blood works are “dire” and her cancer will certainly come back if she does not start taking a drug like NDT.

The nurse, from Wickford, Essex, said that she is capable of buying NDT herself, but due to her wages being cut she has no means to purchase the amount needed privately.

The grandmother said: “I don’t have any fight in me, I’m exhausted.

“If I had no medical knowledge, I’d just have to accept it.

“I don’t want any special treatment because I’m a nurse, I just want to get back to my job.

“My job has been taken away from me, there’s nothing else I can do, I’m done.”