Sarah Ruane, 54, adopted Josh Burdall from the hospital ward she was working on - despite knowing he might not live past his first birthday. 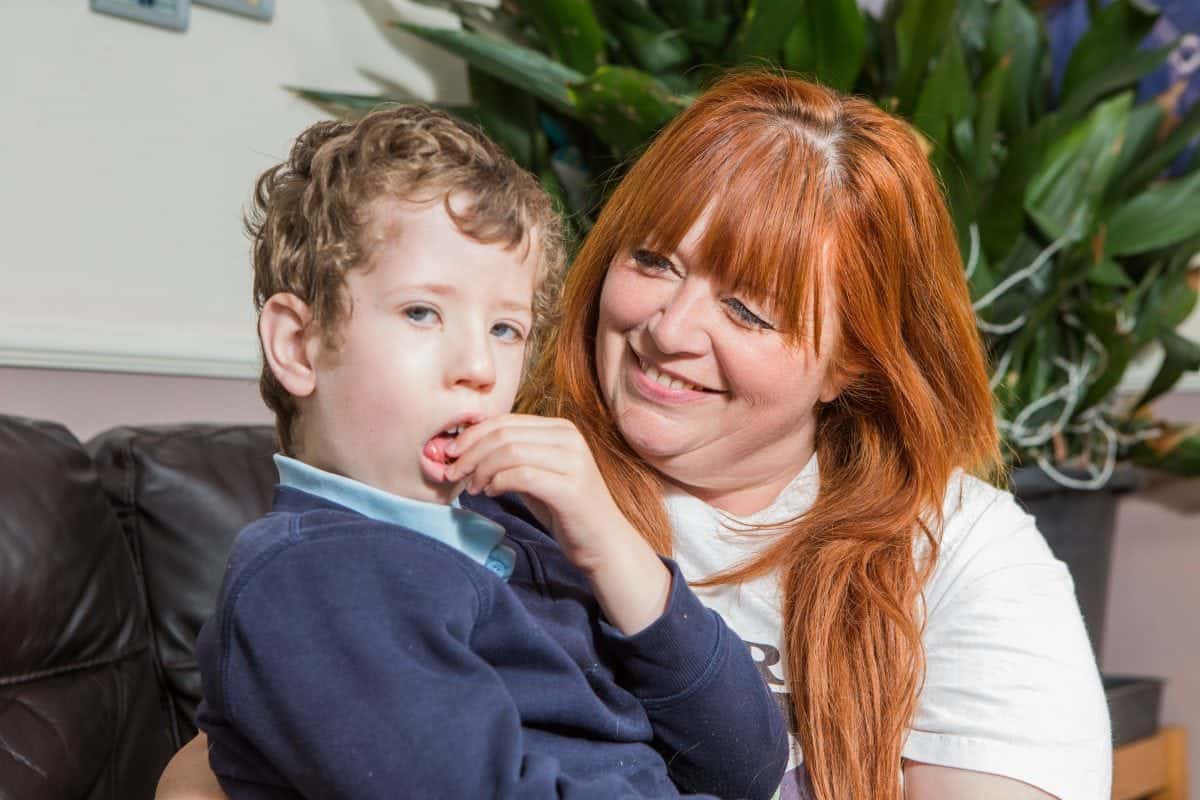 A big-hearted nurse has spoken of how she adopted a baby boy with an incurable disease on her own hospital ward after no-one else offered to take him home.

The mum-of-nine made moves to adopt the little lad when he was just a month old.

Now seven years on, she is trying to raise funds to find a cure for his condition known as congenital myotonic dystrophy.

Josh, seven, grew up like any other child up until the age of two and could walk and talk – but now needs a wheelchair and can no longer speak.

Sarah said: “When he was born he was only given a year to live – maximum. 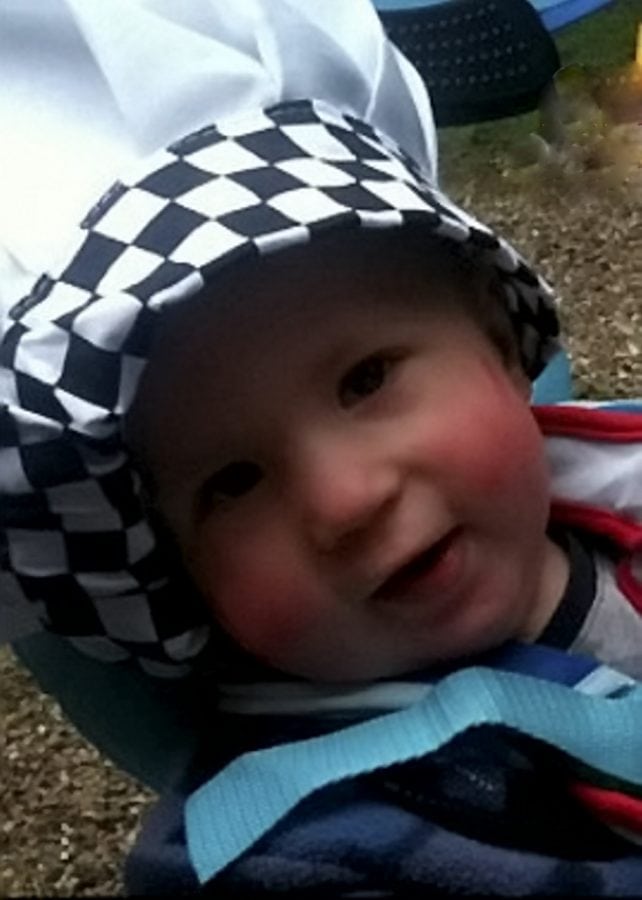 “But I just looked at him, and because we thought he was born blind, he looked straight into my eyes.

“It was that moment I felt love like no other – and loved him more than any of my own children.

“Despite knowing he might not live longer than a year due to being no cure for congenital myotonic dystrophy and the heartbreak that would bring – I still took him.

“I just walked into the ward and said ‘I’ll take him with me’.”

Sarah knew that Josh’s birth mum had the same condition prior to birth and that he would also have the life-limiting condition.

The ailment described by Sarah as “wicked and relentless” breaks down muscle matter and affects his cognitive and organ functions.

She is now determined to help more funding be pumped into research of the disease. 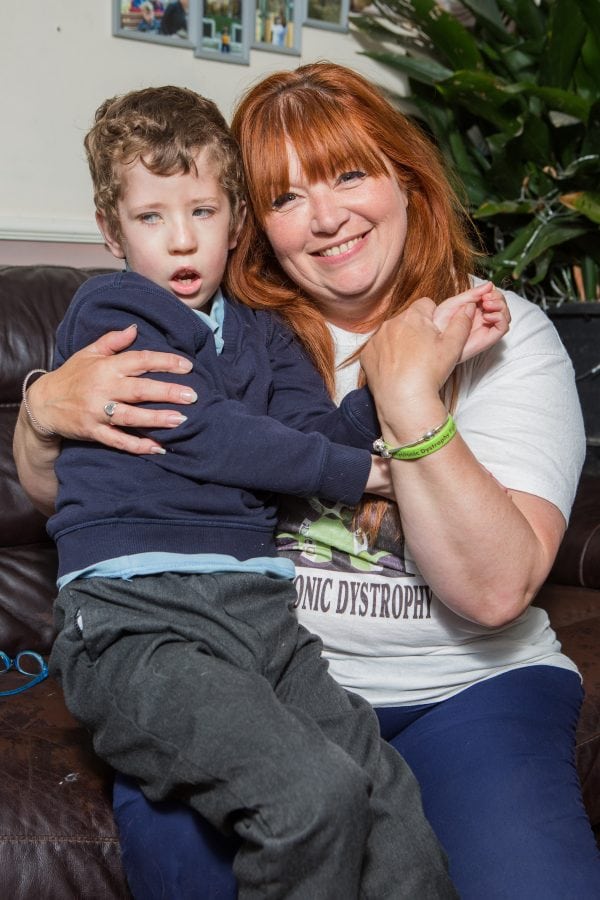 She added: “As a nurse it is extremely painful that I can not fix my poorly boy like the hundreds of kids that I have helped get better in the past.

“We need research into this utterly devastating condition so that we can find a cure.

“I wish so badly that i could change places with him and that he could have my years – but I cant, I can only fight on his behalf and I’ll do it for as long as it takes.”

Sarah, who has six biological children and three adopted children with separated husband Alan Ruane, 46, says more needs to be done to highlight the rare ailment.

“For example, Josh’s friend who has the same condition picked up a cold, which resulted a mucus plug in his lung, had a heart attack and died,” she said. 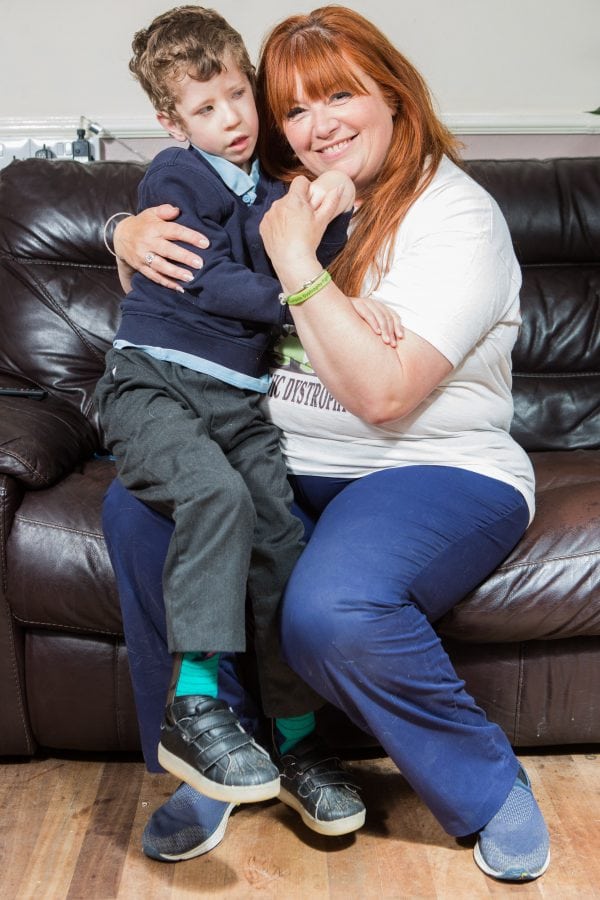 Adding: “That’s why I am always panicking and worried that could happen to Josh.”

She was joined by other bikers who had heard about the rare disease and was supported by the biking community across the country.

Sarah, who was joined by her partner Kevin Keld, 56, a motorbike mechanic, said: “It was really tough but I just kept on looking down at the gas tank which had Josh’s face on it – I did it for him.”