Trish Hatton thought she had just two weeks left to spend with her three grandchildren. 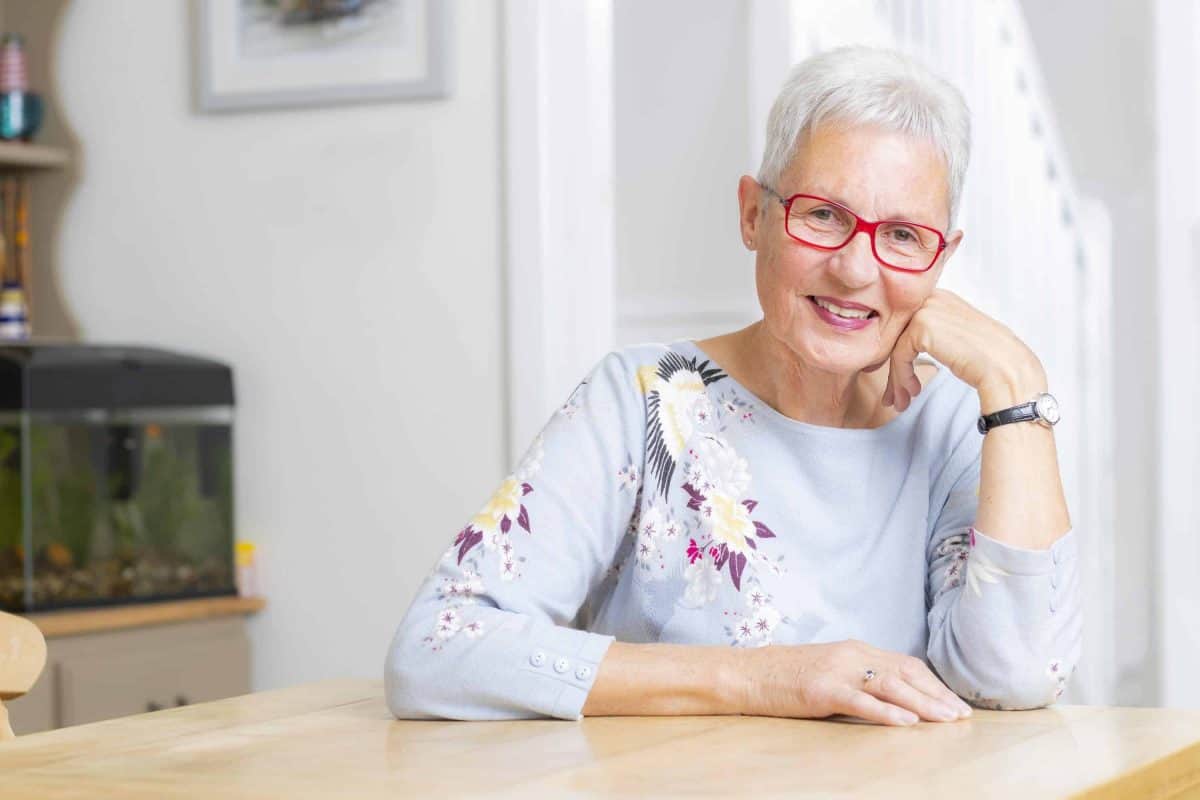 A grandmother says she is “in awe” of the NHS staff who pulled out all the stops to save her life in a 14-hour surgery.

Trish Hatton, 70, was told she had just two weeks to live and had set about the heartbreaking process of telling her loving family.

But now, thanks to the “fabulous” hospital staff who rebuilt her jaw from scratch, she is celebrating being cancer-free.

It all started when Mrs Hatton noticed white patches in her mouth and experienced pain several months after getting her wisdom tooth taken out.

She assumed it was related to the tooth removal, but when she called the hospital to make sure, a dental nurse decided to check with the surgeon.

Mrs Hatton credits that nurse with saving her life.

In fact it was the first signs of mouth cancer – and the start of a journey that would lead to a 14-hour operation where surgeons removed part of her jaw and used a bone in her leg to create a new one.

The people behind the scenes making appointments, performing diagnostic tests, cooking food, they are all part of a huge jigsaw and I am in awe of how it fits together

Trish, from Tankerton, Kent, is speaking out for Mouth Cancer Action Month in November, to raise awareness and to thank the team who saved her life.

The grandmother of three said: “I have had the most amazing treatment – from the surgeons, my specialist cancer nurse, and my speech therapist, but also from the whole NHS team.

“The people behind the scenes making appointments, performing diagnostic tests, cooking food, they are all part of a huge jigsaw and I am in awe of how it fits together.

“Thanks to their skill and care I have had another two-and-a-half years watching my grandchildren in their formative years. They change so much and to be able to witness that has been brilliant.”

Mrs Hatton’s problems started in March 2017 and she initially consulted her local dentist, who was not sure what was wrong.

The UK’s first State of Mouth Cancer Report highlights a dramatic increase in cases. Know the risks and what to look for https://t.co/dv2o0J4hPa. Be #mouthaware #MouthCancerAction pic.twitter.com/OFGdB9aK94

Two months later, after the white patches spread and started bleeding and she began to be in pain, she contacted the number on her hospital discharge letter from her wisdom tooth removal and spoke to a dental nurse she credits with saving her life.

Mrs Hatton said: “I explained it all to her and she had a word with the dentist who did the extraction and thank goodness she did – she probably saved my life.”

The hospital dentist agreed to take a quick look the following day, but at the appointment immediately realised the issue was nothing to do with the wisdom tooth operation.

Mrs Hatton said: “He took one look in my mouth and asked if anyone had come with me.

“He said it looked very serious, and he did a biopsy immediately then sent me for blood tests and an x-ray.

“I saw the head and neck consultant a week-and-a-half later and he confirmed it was cancer, not only in the flesh in my mouth but also in the bone.”

The consultant explained the surgery to Mrs Hatton and her husband Mike.

She said: “We thought I would be pencilled in a few months later, but when he told us it would take place in two weeks, we realised how serious it was.

“Suddenly we had two weeks to organise our lives to cope with this. I thought I wasn’t going to survive the operation. I re-wrote my will, planned my funeral, and trained someone else to do my job.

“We had to break it to our two children, and decide what to tell the grandchildren, aged 12, nine and six, and sort everything out at home; complete admin such as cards, letters and a tax return, and I managed to finish decorating parts of the house I had already started.

“I also had to attend 12 appointments over the three hospital sites before the operation.”

The medical team at William Harvey Hospital spent 14 hours creating a new jaw for Trish using the fibula bone and flesh from her leg.

She also needed a skin graft using skin from her stomach to close the wound on her leg.

After two days in high dependency, she was moved to the ear, nose and throat ward to begin her recovery.

Mrs Hatton said: “I couldn’t eat or drink anything for quite a while. The staff were fabulous and, when I was able to eat again, they brought me pureed food which was laid out to look like proper food – pureed peas were in little pea shapes, and fish was arranged to look like it had scales.

“Someone had taken the time to make it look like food and it really helped.”

Her treatment did not end when she was discharged – she needed six weeks of radiotherapy, which brought its own challenges.

Mrs Hatton said: “You have to wear a mask that is made from a mould of your face. This is clamped over you onto the bed whenever you have the treatment.

“You can’t open or close your eyes because your eyelashes get in the way, it’s that tight.

“I kept mine closed, so I couldn’t see the machines coming over me. I had to cope with it, I had no choice.”

Mrs Hatton is now officially cancer-free, but has regular check-ups which she says make her feel less nervous of any recurrence of the mouth cancer going unnoticed.

She said: “I feel so well looked-after; they really are a fantastic team.

“To begin with I had a guilt complex about how much my treatment must have cost, but when I mentioned that to the consultant he said it was actually really important to do big operations like this to keep their skills up, and so that they can train the next generation of surgeons.

“I owe a big debt of gratitude to all the many people who have been involved in my treatment, some of them behind the scenes who I have never even met.”