Another can brush his teeth, comb his hair and chop a tomato. 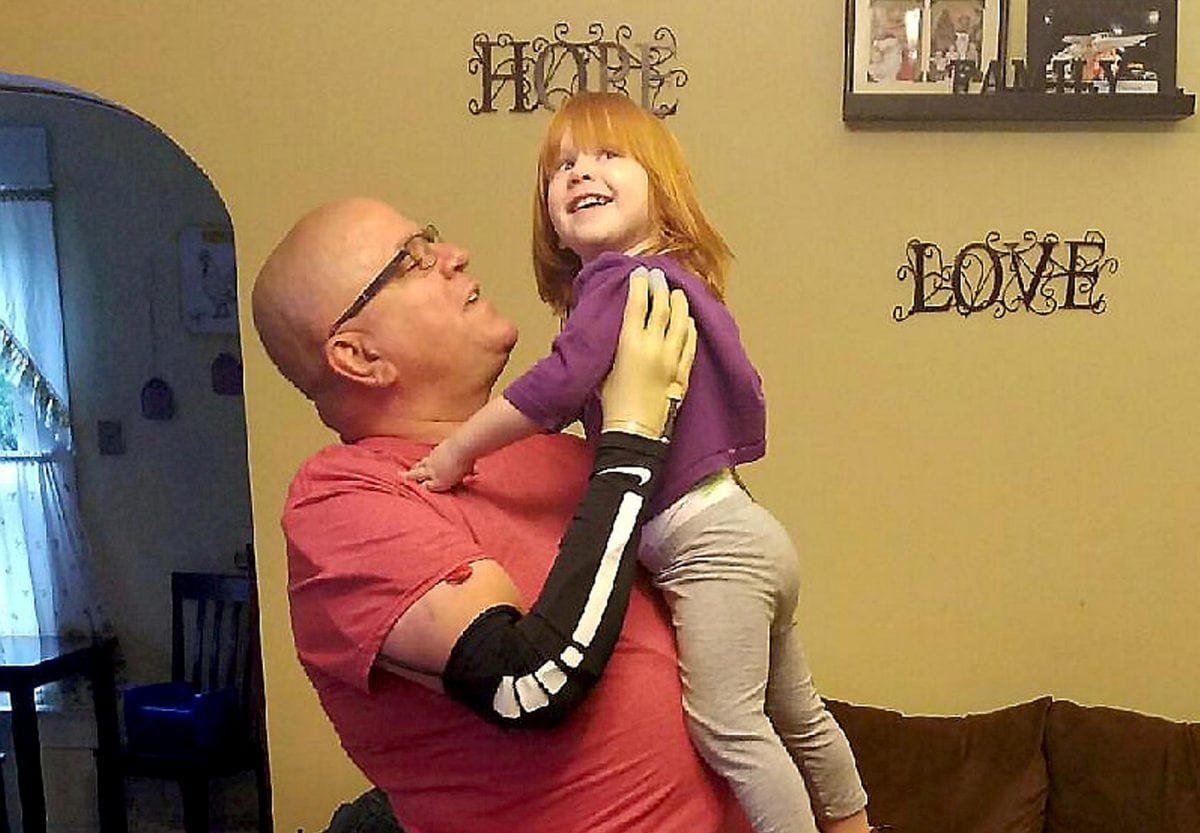 A bionic hand that restores amputees’ sense of touch is set to change the lives of military personnel who have lost limbs in Iraq and Afghanistan, say scientists.

Two middle aged men who lost their dominant right hands in horrific accidents at work have revealed how it has given them back their independence.

Keith Vonderhuevel, 51, is now able to pick up his grandchildren – and actually ‘feel’ their hands.

Igor Spetic, 52, has been filmed at home brushing his teeth, combing his hair, cutting eggs and tomatoes and drizzling mayonnaise.

Named ‘Sensation’, it could revolutionise the treatment of maimed members of the Armed Forces.

It is estimated up to one in two amputees with powered prosthetic arms or legs do not actually use them. 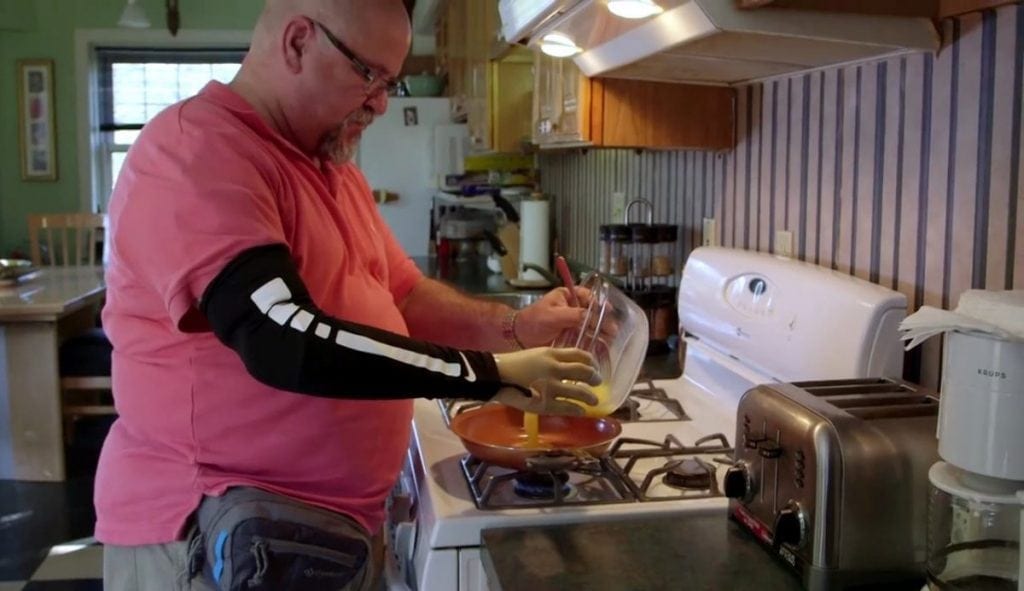 This is because they are “not part of who they are” as they cannot convey sensations, explained biomedical engineer Professor Dustin Tyler who created the device.

Igor says it is like having “real fingertips”, once more. He added: “It is a sensation and I feel it. It feels like my hand.”

The experimental robotic hand is electrically connected to the brain via pressure sensors that send signals to a portable stimulator.

This, in turn, relays electrical pulses to nerve bundles in the wearer’s arm.

Keith was overcome when he picked up his six year old granddaughter for the first time.

Fighting back tears, he said: “With Sensation on, I grabbed her with both hands and picked her up and could actually feel I was holding her and not squeezing too tight. She gave me a big hug. That got to me.”

The men, both from Ohio, lost their dominant right hands in horrific industrial accidents eleven and five years ago, respectively. They can now even pick flowers, and button their shirts.

Keith can feel his loved ones’ hands and control the pressure he is exerting. He said: “My grandchildren, they love grabbing hold of my hand.”

In the past, if he was not watching close enough, he squeezed too tight. Keith said: “They are like: ‘Ow, let go.’ Without Sensation, you can’t tell.”

The stimulated nerves convey signals to the brain which determines the intensity he feels.

Keith said: “Doing things out in the kitchen like buttering a piece of toast, grabbing eggs and not smashing them, may seem little to some people, but it is big things to others, especially when you are missing a limb.” 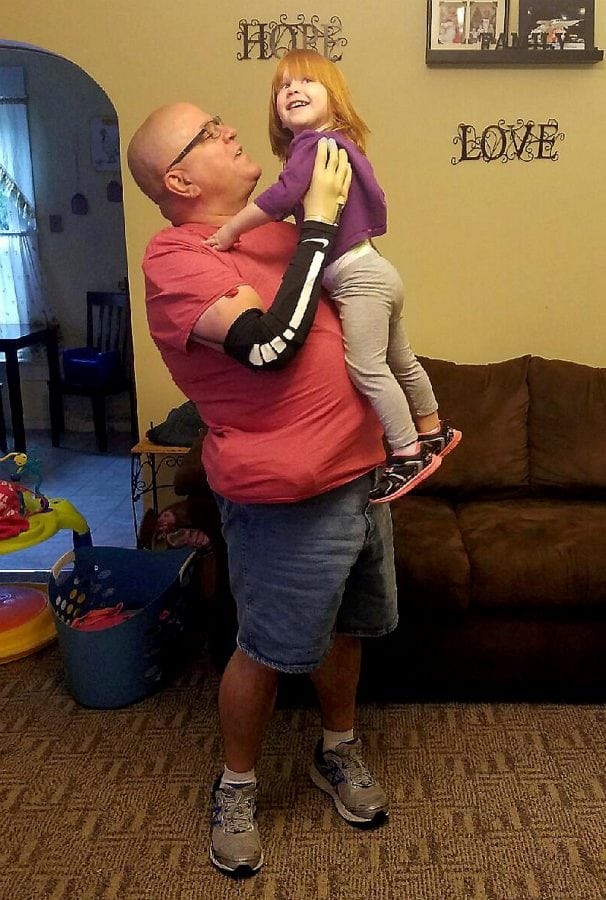 He has even been to Washington DC to meet Defence Secretary James Mattis owing to interest in the device across the military.

Keith said: “An ‘Average Joe’ like me doesn’t usually meet somebody like that. It used to be I would shake with my left hand. Now I feel alot more confident I’ll put my right hand out.”

Prof Tyler, of Case Western University, Ohio, said: “This connects them to the world. They seee it as their hand. That is the difference here. It becomes part of who you are.”

Added Keith, a grandad of three: “With Sensation on, I feel like I am actually touching my daughter’s (or grandchildren’s) hand. The prosthetic becomes natural to them, just like it does to me. It makes a big difference.”

Igor said he feared he was going to be just “stuck at home” all day with no hand to do anything with.

He said: “It was real emotional taking the hand back home with me.” It has returned his independence as he no longer has to rely so much upon his wife.”

It is the first study of how amputees use advanced sensory-enabled prostheses outside the lab, and found they used it more regularly and for longer periods of time compared to traditional robotic limbs.

Prof Tyler, who collaborated with experts at US Veterans Affairs sites in Cleveland and Providence, is excited about what it can do for victims of war.

He said: “In the military, many of those have lost multiple limbs.” His work has been funded by the US Defense Advanced Research Projects Agency (DARPA). 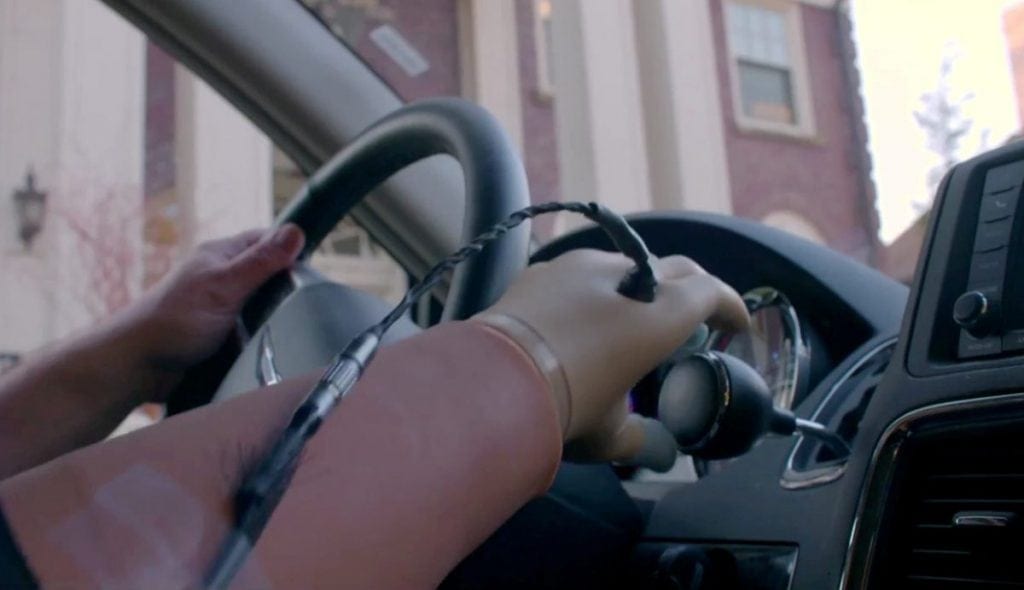 For nearly a decade researchers have shown restored sensation can aid in object identification and manipulation tasks, but that those results were produced in laboratory settings,

Prof Tyler said: “When they’re in the lab, many subjects in previous studies have described their prosthesis as nothing more than a tool attached to the end of their residual arm.

“Once home, they’d often end up putting a traditional prosthesis on the shelf. We found the opposite to be true when they had a sense of touch they didn’t want to stop using it.”

In addition to wearing the artificial hand for more time and for more daily tasks when it was sensory enabled, the participants had greater confidence in using the hand to do tasks and to socially interact with loved ones.

Emily Graczyk, a post-doctoral researcher at Case Western Reserve University and lead author, said these psychological and emotional impacts of sensation could be critical for improving amputees’ quality of life. 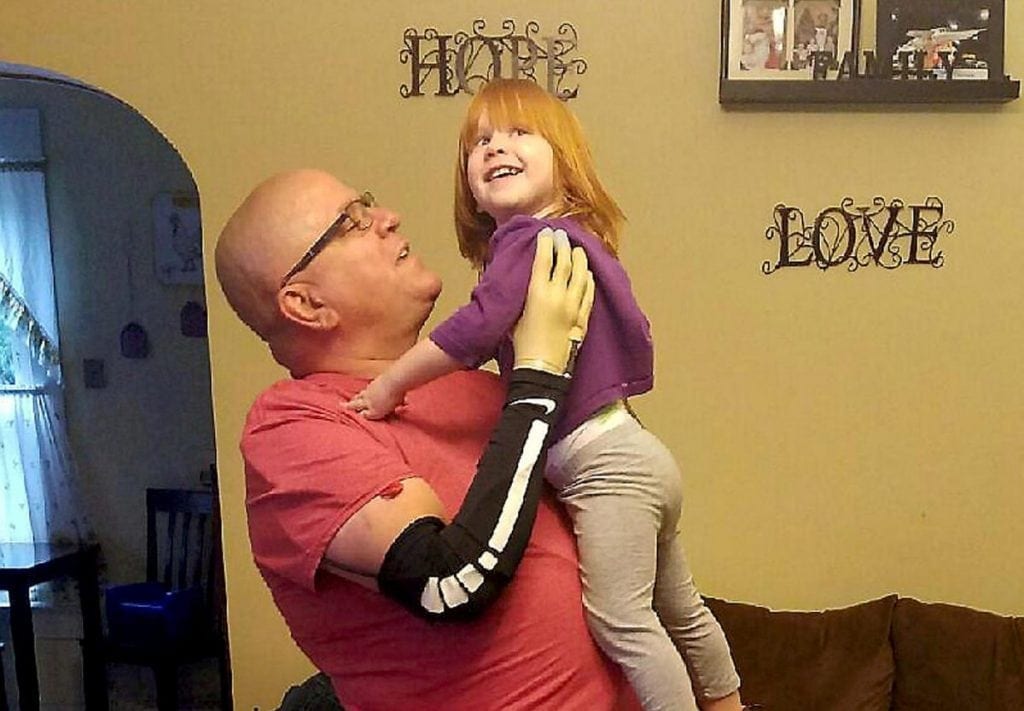 Prof Tyler said his research team is next looking at implanting devices to route the neural connections through Bluetooth technology to allow the amputee to “feel” the new hand through wireless connections between themselves and the device.

He added: “When you add sensory feedback technology to something like a prosthetic hand, you add the most important thing that connects us together as humans – touch.