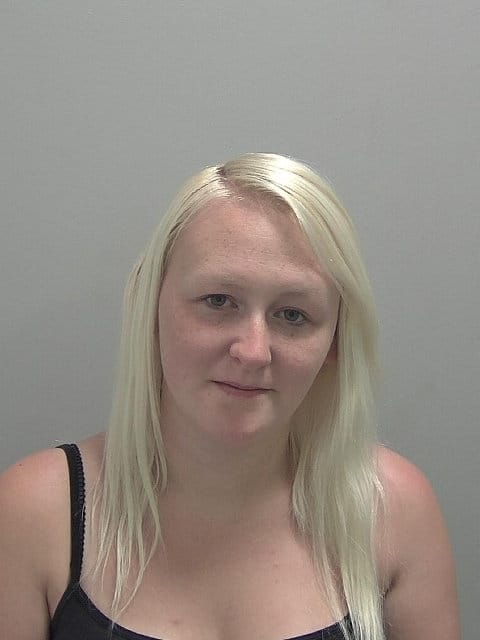 A part-time model is facing life in jail after being convicted of murdering her two young daughters because they got in the way of her sex life.

Evil Louise Porton, 23, killed the youngsters after they became a “burden” and interfered with her X-rated lifestyle, which involved offering men sex in exchange for money.

A court heard how she obstructed the airways of three-year-old Lexi Draper and 16-month old Scarlett Vaughan – just 18 days apart.

Lexi was found unconscious at her home after being suffocated in the early hours of January 15 last year and later died in hospital.

Her little sister Scarlett passed away after falling ill on February 1 as a result of having her neck compressed.

She stood emotionless in the dock as she was unanimously convicted by a jury of ten men and two women following five hours and 19 minutes of deliberations.

Judge Amanda Yip thanked the jury for the time and commitment during the trial and added: “Sentencing will take place tomorrow so that both parties can make written submission.”

The court was told how Porton “deliberately interfering with the breathing” of both her children, who she would “habitually” leave alone.

She would do “whatever she could not to have them with her” and considered the kids a “burden” who “got in the way of her doing what she wanted”.

Porton would offer sexual favours to men she met on dating and modelling sites when she was low on cash or had not received her benefit payments.

Following the death of Lexi, Porton had remained “particularly unemotional and detached”, according to the paramedics who attended the scene.

The callous mum even suggested Lexi may have suffered the injuries which led to her death by hitting herself on the head with toys.

She was heard laughing on the phone as she ‘Facetimed’ on a man at an undertakers while arranging Lexi’s funeral.

Porton also messaged her sister Karen about giving the girls sleeping drugs and how she would leave the kids alone to “go and f**k lads.”

She also made searches on her phone including: “For how long after drowning can someone be resuscitated?”, “How long does it take a dead body to go cold up to the shoulder?” and “five weird things that happen after you die”.

Oliver Saxby QC, prosecuting, told the court: “It is hard not to draw the conclusion that, for the defendant, at times, her two children got in the way of her doing what she wanted, when she wanted and with whom she wanted.

“When in due course an investigation into the deaths of Lexi and Scarlett was launched, police seized the defendant’s phone and were able to piece together something of the life she was leading.

“The overwhelming inference is that Lexi and Scarlett died because someone deliberately interfered with their breathing.

“That someone can only have been this defendant”

The court heard Porton first called 111 on the evening of January 2 last year as she thought Lexi had had a fit.

She dialled 999 in the early hours of the following morning after Lexi stopped breathing – but after being revived she was sent home after doctors thought she had a chest infection.

Several days later she again called 111 saying she was heading to hospital with Scarlett. – but stopped on the way to get petrol.

She admitted she didn’t check whether her daughter was breathing until NHS 111 staff instructed her to do so.

Paramedics rushed to the scene at a reatil park and took Scarlett to hospital, where she was pronouncded dead.

Porton denied being responsible for the deaths and claimed she loved both her children.

She will be sentenced at the same court tomorrow morning (Fri).