NASA’s Transiting Exoplanet Survey Satellite (TESS), a mission designed to comb the heavens for exoplanets, has discovered its first potentially habitable world outside of our own solar system 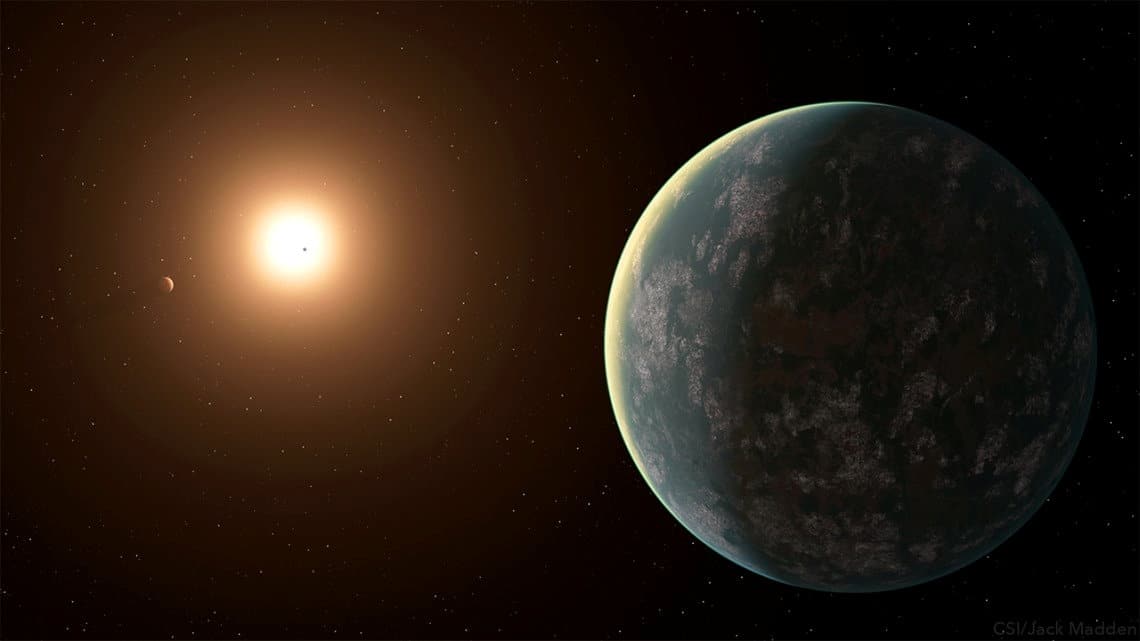 A planet just 31 light years from Earth is ‘potentially habitable,’ according to a new study.

The ‘Super-Earth’ planet was discovered by NASA’s Transiting Exoplanet Survey Satellite (TESS), a mission designed to look for worlds that could harbour life.

And astronomers said they will be soon be able to monitor the planet, called GJ 357 d, for any signs of alien lifeforms.

Team leader Dr Lisa Kaltenegger said: “This is exciting, as this is humanity’s first nearby super-Earth that could harbour life.”

As the super-Earth exoplanet is more massive than our own blue planet, she said the discovery will provide insight into Earth’s heavyweight planetary cousins.

Dr Kaltenegger, Associate Professor of astronomy and director of Cornell’s Carl Sagan Institute in the US, said: “With a thick atmosphere, the planet GJ 357 d could maintain liquid water on its surface like Earth and we could pick out signs of life with upcoming telescopes soon to be online.”

Astronomers from the Institute of Astrophysics of the Canary Islands and the University of La Laguna in Spain announced the discovery of the system in the journal Astronomy & Astrophysics.

They showed that the distant solar system — with a diminutive M-type dwarf sun, about a third of the size of our own sun — harbours three planets, with one of those in that system’s habitable zone: GJ 357 d.

Last February, the TESS satellite observed that the dwarf sun GJ 357 dimmed very slightly every 3.9 days, evidence of a transiting planet moving across the star’s face.

That planet was GJ 357 b, a so-called “hot Earth” about 22 per cent larger than Earth, according to the NASA Goddard Space Flight Centre, which guides TESS.

Follow up observations from the ground led to the discovery of two more exoplanetary siblings: GJ 357 c and GJ 357 d.

The international team of scientists collected Earth-based telescopic data going back two decades – to reveal the newly found exoplanets’ tiny gravitational tugs on its host star, according to NASA.

But experts say that the system’s outermost known sibling planet – GJ 357 d – could provide conditions just like on Earth and orbits the dwarf star every 55.7 days at a distance about 20 per cent of Earth’s distance from the Sun.

It is not yet known if the planet transits its sun.

Dr Kaltenegger and her team simulated light fingerprints, climates and remotely detectable spectra for the planet, which could range from a rocky composition to a water world.

Mr Madden said: “We built the first models of what this new world could be like.”

He added: “Just knowing that liquid water can exist on the surface of this planet motivates scientists to find ways of detecting signs of life.”

The team’s findings were published in the Astrophysical Journal Letters.