A young mum has hit back at a cafe owner she claims humiliated her when she breast fed her daughter at a bus stop. Jade Blackman, 20, says Deborah Ross-Harwood shouted ‘it’s disgusting’ after she stopped to feed ten-month-old Willow Rose. Despite initially trying to ignore Deborah Ross-Harwood staring at her from the cafe window, […] 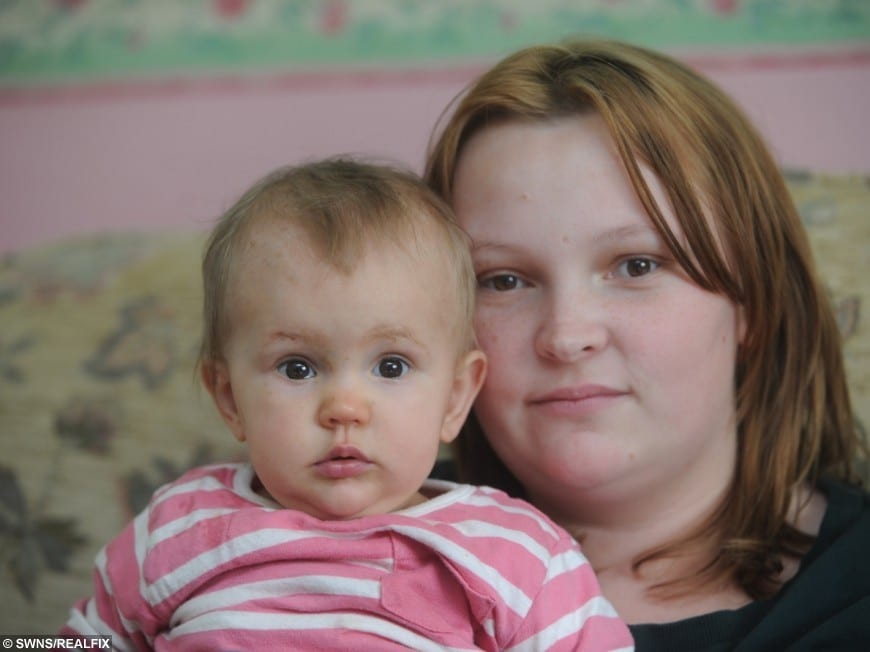 A young mum has hit back at a cafe owner she claims humiliated her when she breast fed her daughter at a bus stop.

Despite initially trying to ignore Deborah Ross-Harwood staring at her from the cafe window, Jade soon felt too “uncomfortable” to stay and had to walk away.

Jade, of Huntingdon, Cambs., said: “It was a horrible thing to say as I was only giving my baby what she needs.

“The lady who works in there, in the café, continuously stared at me making me feel very uncomfortable despite the fact I’m a confident mother.

“I got up to leave with a friend as she made me feel that uncomfortable and as we were leaving the lady commented ‘I think it’s disgusting her feeding her baby in public’. “In general if my little girl is hungry I’m not too bothered where I am. I just feed her. I’m generally pretty confident with that.”

Jade told how the incident in Huntingdon, Cambs., last Wednesday (15/03) has meant she feels she now has to go elsewhere to do her shopping.

She said: “It wasn’t a pleasant experience to say the least. I haven’t felt comfortable enough to go back into town so had to go somewhere else to do my shopping which is awkward since I have a two-and-a half-year old as well.

“It’s not a knock back I needed. I’m only trying to do what’s best for my baby. It’s ridiculous, she didn’t need to say that to me.

“If she didn’t like that she should not look and she doesn’t need to voice it.”

Café owner Deborah Ross-Harwood said it was the fact Jade did not cover up that she objected to, not her breast feeding in public.

She said: “She was not discriminated against. If you go into a doctors surgery or start breast feeding your baby, you will be asked to put a shawl over you. “I’ve had other mothers in here breast feeding and there’s never been a problem.

“You do it with a bit of modesty or decorum, you cover yourself. “She was not covered whatsoever, that was the objection.

“Not only from me but other people in the bus station as well.

“She made no attempt to cover her breast up then she got up and walked down the street still feeding her baby.

“The way she did it was totally inappropriate. The other people in the [bus] station at the time didn’t know where to put their faces.

“I’ve breast fed my children and I’ve done it in public, but you have to bear in mind the feelings of other people.”