Albanian Suzanna Sokolli, 57, tied the cash-stuffed stockings around her waist as she tried to leave Britain with her son, Xhino Mata, 24, through the Port of Dover. 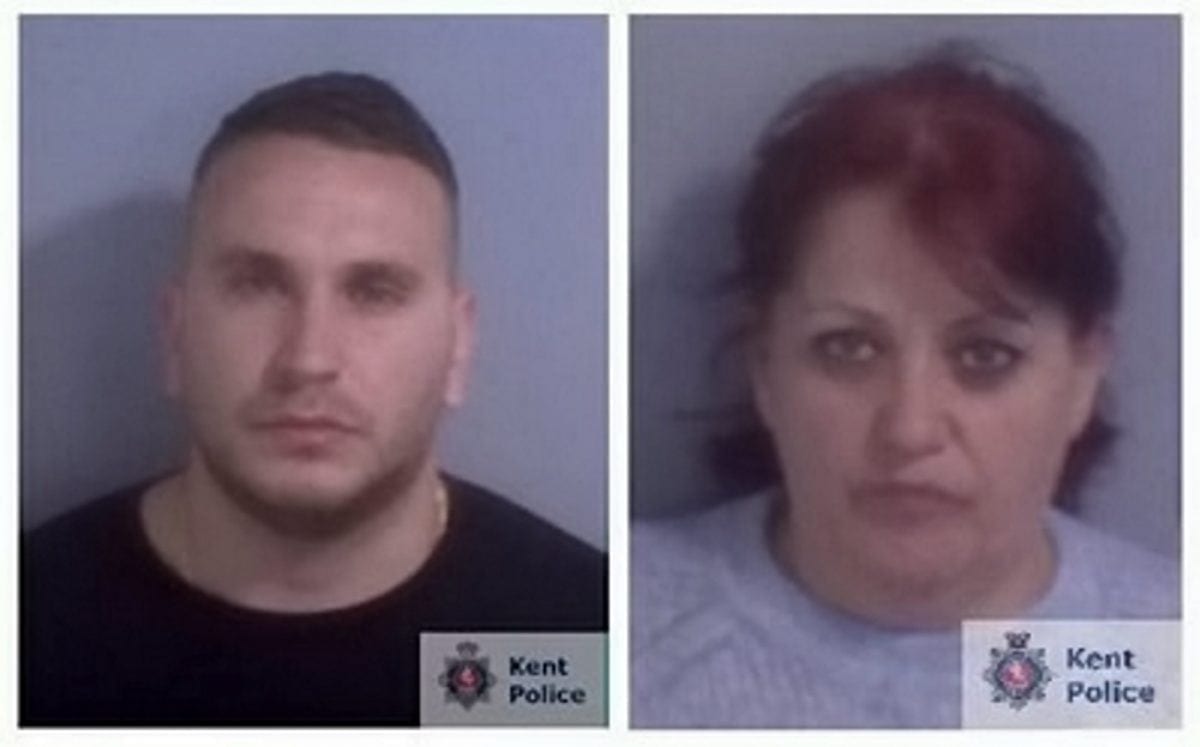 A mother worked with her son to smuggle £40,000 in cash out of Britain – stuffed into a pair of tights.

Albanian Suzanna Sokolli, 57, tied the cash-stuffed stockings around her waist as she tried to leave Britain with her son, Xhino Mata, 24, through the Port of Dover.

But the money was found by Border Force officers who also discovered a handbag with secret compartments stuffed with cash and a mobile phone with pictures of the bundles.

Sokolli has been jailed for three years and Mata for three-and-a-half years after a jury at Canterbury Crown Court found the pair guilty of concealing cash. 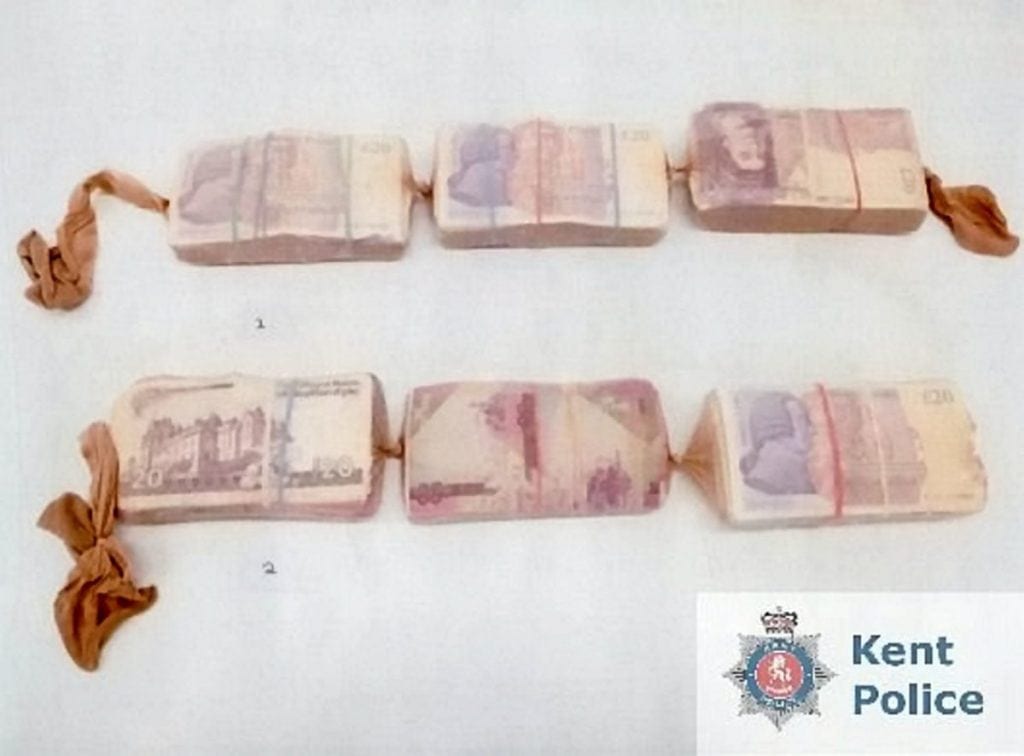 Detective Chief Inspector Lee Morton, from the Kent and Essex serious crime directorate, said: “Neither Mata nor Sokolli could come up with a plausible reason as to why they were carrying so much cash.

“We believe it was ill-gotten and the proceeds of criminality.

“Smuggling cash out of the UK is another method employed by organised crime groups to hide their illegal activities.

“This is why it is so important that we target those who attempt to do so, as the money is usually linked to crimes such as drug-dealing and people trafficking that cause misery in our communities.

“We will now make an application under the Proceeds of Crime Act to ensure the pair do not reap the financial rewards of money that has been gained unlawfully.”

The pair were stopped at Dover on Thursday, April 5, driving a silver Volkswagen Golf. 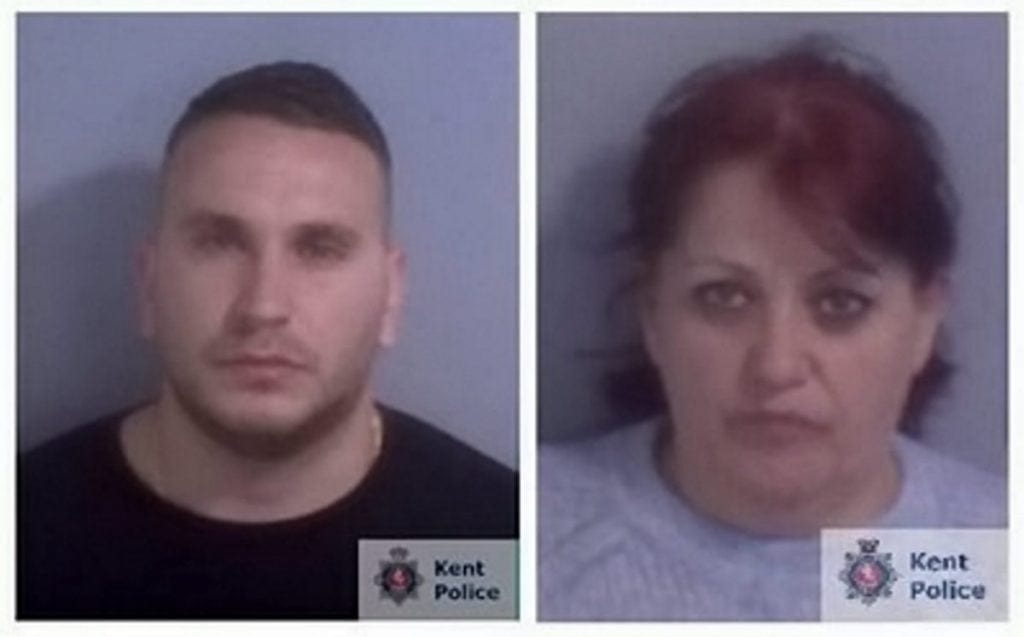 Border cops asked if they were taking large sums of cash out of the country and Mata, who claimed he was travelling to France and Milan, showed them a bag with £7,000 in cash.

The car was then searched and a handbag inside was found to contain several more large bundles of cash stashed within the lining.

A search of Sokolli then revelead the cash-crammed pair of beige tights wrapped around her waist.

Sokolli claimed the hidden money was her life savings and said she was hoping to use it to start a business.

She said she had brought the money with her as she had previously been robbed and felt it was safer to have it on her person.

In total officers seized more than £40,000 from the pair during the search.