Nursery teacher Christel Stainfield-Bruce, 36, was walking close to her home when she was knifed at random in what she believes was a gang initiation. 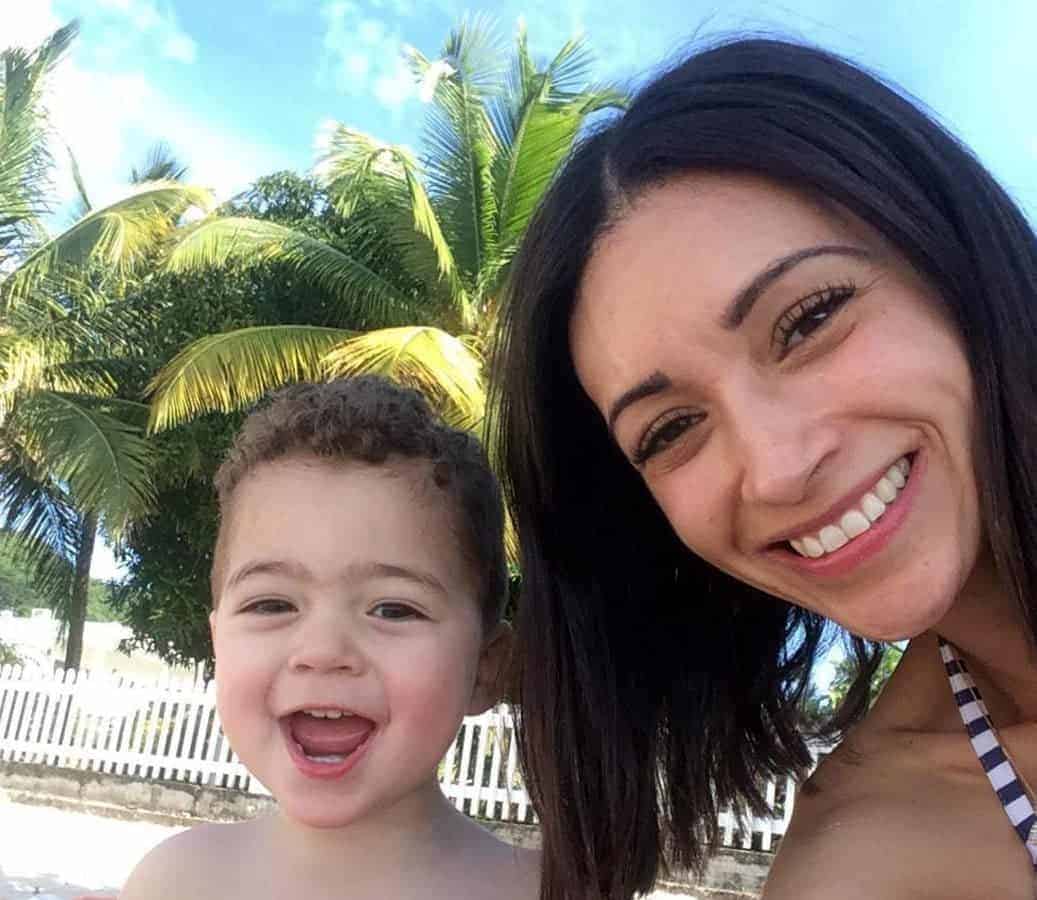 A mother has told how she was stabbed in the leg by a teen in an unprovoked attack as she walked her three-year-old to a children’s party.

Nursery teacher Christel Stainfield-Bruce, 36, was walking close to her home when she was knifed at random in what she believes was a gang initiation.

The “young teenager” approached from behind and asked for directions as she pushed her sleeping son in his pram.

Despite being stabbed in the thigh, Christel said that she was able to stay conscious and keep an eye on her son.

The mum-of-three said: “I believe I was chosen for being a mum with her child, I was just an easy target.

“I was walking down the road to the school disco, I wasn’t aware that anybody was there.

“Then a young man, dressed all in black, with a black hat, asked me directions for the Arsenal stadium.

“As I turned to face him he told me to hand over my phone and attacked me – I thought ‘I’ve just been stabbed’.

“My first thought was my son, it was my instinct as mother, I did not cry out in case I woke him.”

The stabbing happened on a quiet street lined with trees, a stones throw away from the Emirates Stadium.

Christel said: “I didn’t even get to see the knife it happened so quickly – he didn’t even take my phone or bag.

“When I saw his face he didn’t appear menacing, he didn’t have that look.

“I didn’t shout out, I didn’t want to wake my son, I was scared what I would do next having to care for himself and me.

“The young man just ran off, he had no logos on his clothes at all, he was fully dressed in black.

“I believe this could have been a gang initiation, you could see him trying to psyche himself up.”

Christel’s first aid training came into play, as she pulled her jumper off and wrapped it around her leg.

She said: “I was able to lean down on the floor and place pressure on the wound, it was survival and I didn’t want to bleed out.

“Then I managed to unlock my phone and call an ambulance, they got there fast but it felt to me like forever.

“Police arrived first, there was two cars, then an ambulance rushed me to St Mary’s Hospital.

“I was given six stiches and a cat scan to make sure I had no serious injuries.”

She was kept in hospital until the early hours of June 8 and discharged with antibiotics.

Christel said that she has not left the house after the attack and feels “anxious” about leaving.

She said: “I felt fine about it all weekend but I woke up this morning (Mon) and thought I should go out, but I’m anxious.

“Two men saw what happened and they didn’t try to help me. You think as a woman with a child you would be immune to such an attack.”

Husband Quinn, 34, who works in advertising, said: “When does it stop?

“I’m furious and I’m terrified for other women out there.This has come to a crisis point and something must be done.

“We know kids are stabbing each other but we turn our backs to it and it’s gone on too long.”

He said he plans to meet his local MP, Labour leader Jeremy Corbyn next week.

At the location of the stabbing, a neighbour spoke of the “despicable” attack on their doorstep.

One woman in her forties said: “The lady was walking along with her child and they ran up to her.

“The boy shouted at her and leaned round and stabbed her leg before running.

“It was a despicable thing to do, just cowardly.”

A spokesman for Scotland Yard confirmed that the force is looking to trace a male aged “14 to 16”.

He said: “Police said they were called at 4.56pm on Friday to reports of a stabbing.

“The attacker is described as a black male, 5ft 3ins, of large build and was wearing dark coloured clothing, including a jacket and a ‘trucker’ style cap at the time of the attack.”