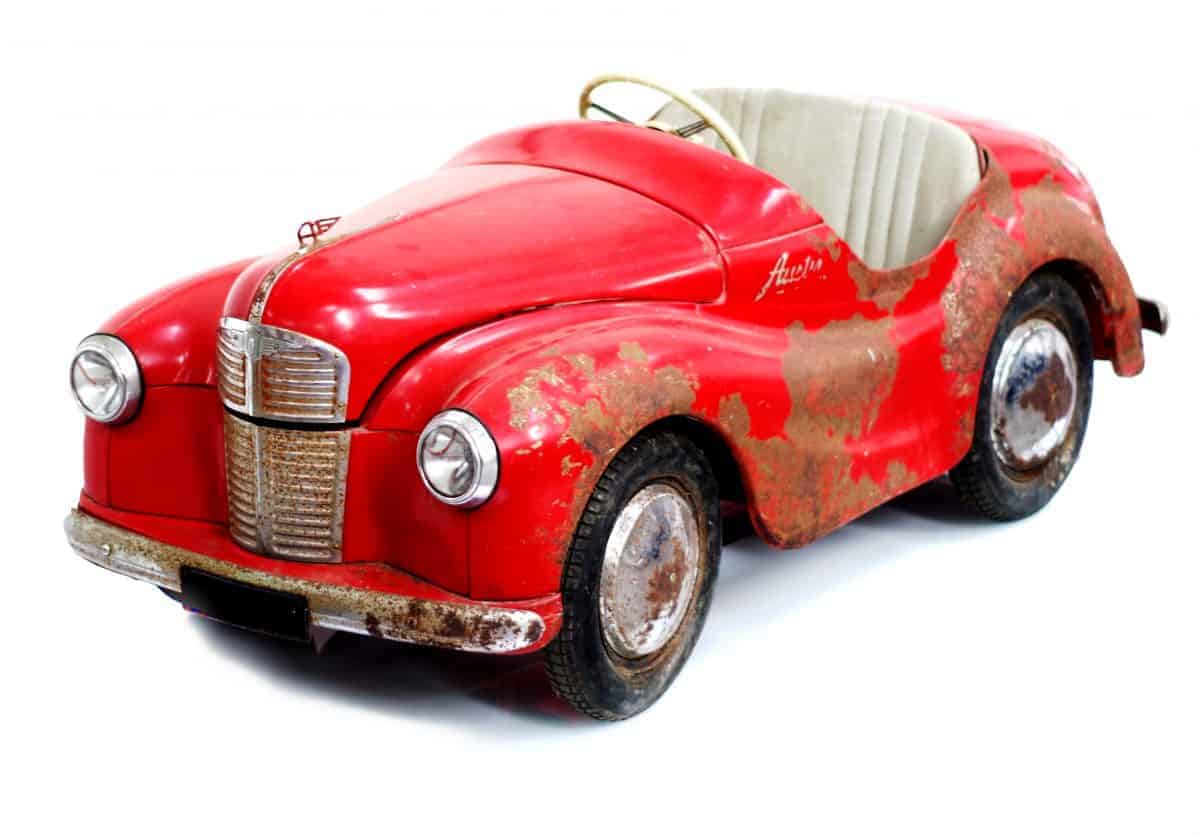 The Austin Junior A40 toy car sparked a bidding war when it went under the hammer at a toy sale auction last Friday (7/6).

It was sold at auctioneers TW Gaze in Diss, Norfolk and were originally predicted to fetch £600 – £800 due to its battered condition.

However, this small rusty red pedal car, which were made in England by Austin Motor Company in the 1950s, was a favourite for collectors defied the odds selling for £3,400.

Toy expert Rupert Willows said: “We are scratching our heads over how much it sold for to be honest.

“Normally they only make £3,000 if they are in absolutely pristine condition.

“With commission interest before the sale and many bidders queued up on-line and on the telephone it was actually fought over by two buyers in the room who took it from £1000 to its eventual price.

“During it’s time on display in our office this item has drawn the most interest, with people aged five to 105 falling in love with it.

“The most overheard comment during viewing was “I would have loved this as a child.”

“We had one phone bidder who said he has been restoring them for about 40 years and he had never seen one in the state of this one do anywhere near this kind of price.

“One bidder disclosed he would have gone to £1000 which he knows they are on sale for online right now.

“It is one of those things that happen at auction every now and then when two people have got to have something and you get a freak result.

“We had two phone bidders on it, but the top bidders were in the room.

“The gentleman that bought it I believe it was as a gift for his grandchildren.

“There is no sale that stirs the emotions quite as much as the toy sale and at every sale we get reminders of that.”

Austin pedal cars were made in the specially constructed Austin Junior Car Factory at Bargoed in South Wales, which opened in 1949 funded by the government and intended to provide employment for disabled coal miners.

The cars, the J40 and the Pathfinder Special, were made from scrap metal off-cuts from the Longbridge Austin motor car factory.