Five pieces of the historic Lewis Chessmen - a famous hoard of 93 objects discovered in 1831 on the Isle of Lewis in the Outer Hebrides - have been missing for years. 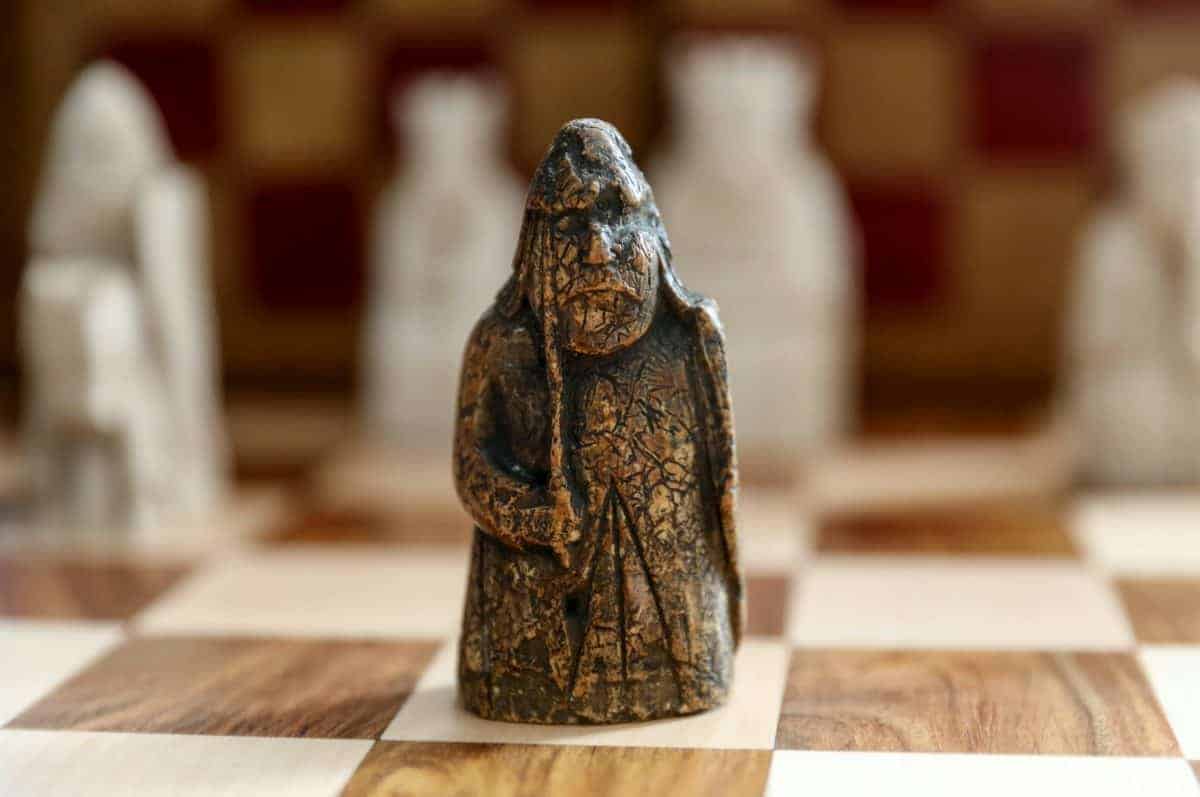 A medieval chess piece which has been missing for almost 200 years could fetch £1million at auction – after being kept in a drawer by an unwitting family.

Five pieces of the historic Lewis Chessmen – a famous hoard of 93 objects discovered in 1831 on the Isle of Lewis in the Outer Hebrides – have been missing for years.

But a family has now been told the chess piece their grandfather bought for just £5 in 1964 is unbelievably one of the missing pieces.

The Edinburgh family’s grandfather, who was an antiques dealer, bought the chess piece for just £5 in 1964 – which he passed down to his family.

They looked after it for 55 years – because they had no idea of the significance of the 8.8cm piece.

The Lewis chess pieces are the most well-known archaeological find from Scotland, according to the National Museum of Scotland.

And they are said to have inspired part of the plot in Harry Potter And The Philosopher’s Stone.

He said: “With fond memories from my childhood of the brilliantly animated television series that paid full tribute to the inspiration of the Lewis hoard, this is one of the most exciting and personal rediscoveries to have been made during my career.

“Today all the chessmen are a pale ivory colour, but the new Lewis Warder’s dark tone clearly has the potential to offer valuable and fresh insight into how other Lewis chessmen may have looked in the past.

“There is certainly more to the story of this warder still to be told, about his life over the last 188 years since he was separated from his fellow chessmen, and just as interesting, about the next chapter in his journey now that he has been rediscovered.”

A family spokesman said in a statement: “My grandfather was an antiques dealer based in Edinburgh, and in 1964 he purchased an ivory chessman from another Edinburgh dealer.

“It was catalogued in his purchase ledger that he had bought an ‘antique walrus tusk warrior chessman’.

“From this description it can be assumed that he was unaware he had purchased an important historic artefact.

“It was stored away in his home and then when my grandfather died my mother inherited the chess piece.

“My mother was very fond of the chessman as she admired its intricacy and quirkiness. She believed that it was special and thought perhaps it could even have had some magical significance.

“For many years it resided in a drawer in her home where it had been carefully wrapped in a small bag.

“From time to time, she would remove the chess piece from the drawer in order to appreciate its uniqueness.”

The hoard comprised 93 objects which could make four complete sets of figure pieces, with the exception of one Knight and four Warders.

In addition to the 59 chessmen, there were 19 pawns and 14 flat, circular games pieces and one belt buckle.

Of those 93 pieces, 82 are in the British Museum in London and 11 are in the collection of the National Museum of Scotland in Edinburgh.

The piece will be auctioned off in London on July 2.