Mesmerising pic of Milky Way captured above a Scots castle 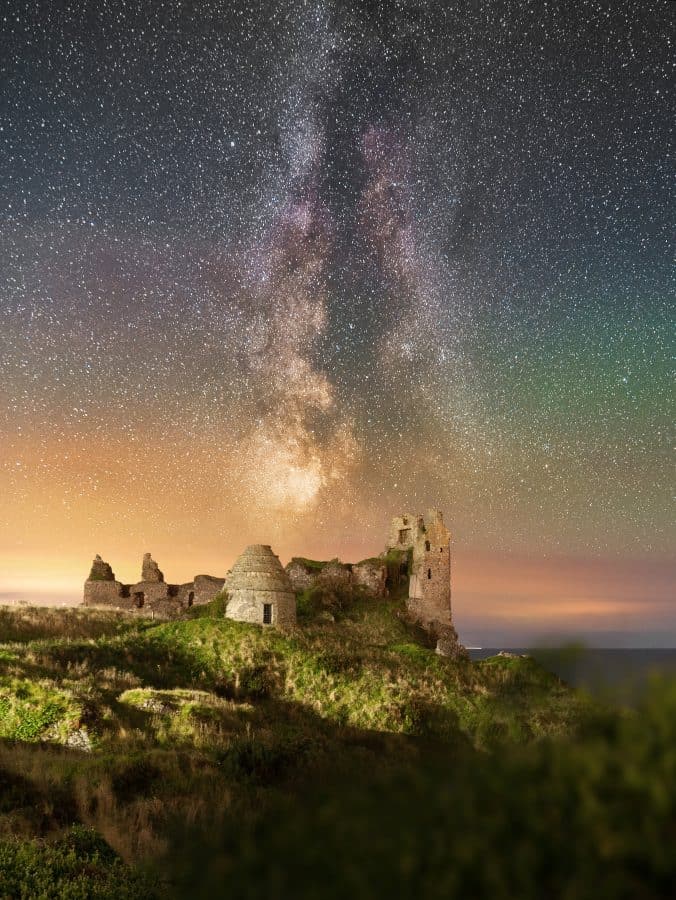 This mesmerising picture is of the Milky Way captured above a Scots castle.

Sylvan Buckley, 43, saw a window of opportunity to take the breathtaking images as the skies cleared creating picture-perfect weather conditions for the photographer.

His starry images were snapped against the backdrop of Dunure Castle, South Ayrshire, with thousands of stars and constellations visible, including Sagittarius, Ophiuchus, and Scorpius.

Sylvan had an inkling the constellation would emerge near the castle but was stunned when he saw it directly above the castle ruins.

Sylvan, from Saltcoats, North Ayrshire, said: “I try and get out as often as I can and get some nice night shots.

“We’ve not had a lot of clear skies lately so as soon as I saw it was clear I nipped out.

“I decided to go down to Dunure and I’m glad I did.

“I used an app to work out where the moon and the Milky Way were.

“A lot of things play into it.

“If it’s hazy it can be hard to get a good shot, so you need a really clear night.

“It’s always experimenting and trying to get something original and different, but if the weather’s on my side I can be out all night.

“I really enjoyed taking this one and it’s one of my favourites.”

Sylvan’s most recent shot captured in high detail the Milky Way’s Core – or Galactic Center – which is the brightest part of the Milky Way.

It is best viewed at midnight from May to August – peaking in June and July.

The core is also visible after sunset from September to November and Sylvan captured his long exposure, made up of three shots, at 12.45am on September 6.

Sylvan, a former factory worker, has been photographing landscapes for the past four years.

His wife Lorraine, 38, bought him a camera for his 40th birthday which sparked his fascination.

The father-of-two said: “I just finished a college course in photography and was wanting to get into different forms of photography.

“I mostly do landscapes and prefer to do night shots.

“It’s more of a puzzle trying to get your exposures right and fighting against light pollution.

“I enjoy trying to work it out – it’s a challenge.”

On his photography page, Sylvan’s picture received close to 2,500 likes and more than 1,300 shares.

More than 700 people also commented to share their appreciation of his striking work.

“I like the photos and put them up but if other people like them it makes it that bit more worthwhile.”