James Kipps-Bolton, 38, was found guilty of assault by penetration and sexual assault by a jury at Warwick Crown Court following the shocking attack on a girl in her late teens 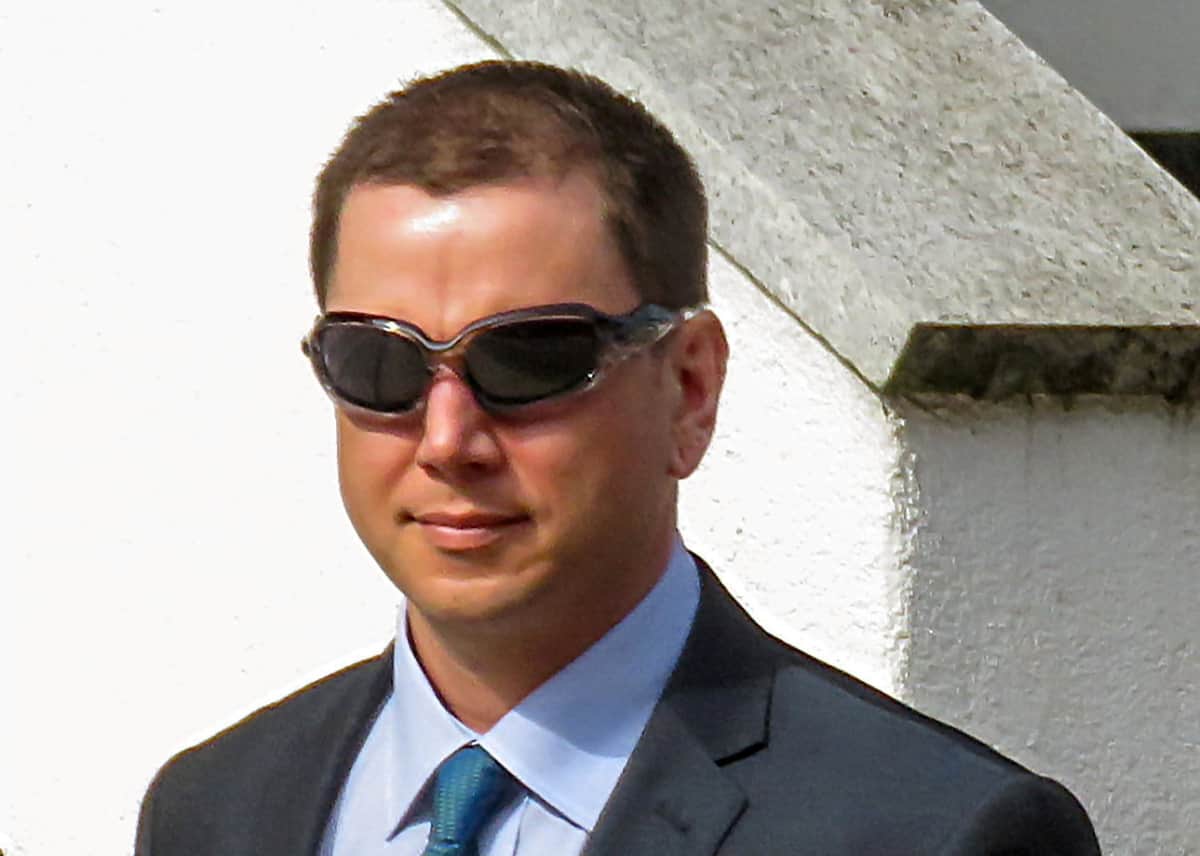 A man who sexually assaulted a teenager while she slept and filmed it on his phone after he invited her home has been jailed for nine years.

James Kipps-Bolton, 38, was found guilty of assault by penetration and sexual assault by a jury at Warwick Crown Court following the shocking attack on a girl in her late teens.

The court heard Kipps-Bolton has a fetish for pornography involving sleeping women and spotted a chance to act out his fantasy.

On the pretext of helping a teenager who was drunk outside a nightclub in Leamington Spa, Warks., and distressed because she had no way of getting home, Kipps-Bolton let her sleep at his flat.

When she passed out as a result of drinking as well as taking prescribed medication, he sexually abused her and recorded his activity on his phone, the trial heard.

Kipps-Bolton was jailed for nine years and ordered to register as a sex offender for life after the jury took just two hours and 40 minutes to find him guilty by a majority of 10-2.

Jailing him, Recorder Martin Butterworth told him: “You saw her outside the night club, and you saw she was obviously and very seriously incapacitated.

“No doubt you thought she was drunk, but the truth was she was mentally ill and suffering from the effects of combining alcohol and her medications.

“You got this young woman into your basement flat. At no time did she flirt with you or make any sexual advances, she was unconscious in your bed.

“You have a fetish in pornography which involves sleeping women, and you took the opportunity to act out that fetish, and you filmed this young woman as you did so.

“I would like to commend the officer who investigated this case. A significant amount of diligence was afforded to the investigation.”

The court previously heard the young woman, who was in her late teens, went to a Leamington night club on a Friday in November, 2016.

She was being treated for depression at the time, and before going out had been drinking on top of taking medication which had been changed by her doctor the previous day.

She had very little recollection of the events of that night until she woke up in the morning naked in bed next to James Kipps-Bolton in his bed in his flat in Leamington, the court heard.

Having woken up, she quickly left the flat. She was confused about what had happened, but she said she thanked him for looking after her, the court heard.

But after talking to a friend, she went to a sexual assault referral centre, and from there the police were informed.

It emerged that at shortly after midnight she had phoned her friend from outside the night club, hysterical and crying because she had got separated from the people she had been with and had no money to get home.

As her friend tried to calm her down, Kipps-Bolton also began talking to her, then took her phone and introduced himself to her friend, offering to help her to get home, the court heard.

When he found she lived in Coventry he said he could not get there, and instead said she could sleep on his couch, assuring her friend there would be “no funny business”.

The young woman did not know what happened after they got back to his flat, but she woke to find herself naked and with him lying behind her, also naked, “spooning her”.

She was “sore down below” and asked him whether they had had sex, and when Kipps-Bolton said they had, she felt “grossed out” because of what she could see of him.

She said there was no way she would have had sex with him voluntarily, and had not been in a fit state to consent.

When the police examined his phone they found photographs of her being touched intimately by Kipps-Bolton and penetrated with his fingers when she clearly appeared to be asleep.

When they looked at his web history, they also found a number of visits to websites, 81 altogether, containing references of sexual activity while a person is sleeping.

The results showed videos that had been viewed, with titles such as “come inside her sleeping”.

The court heard the young woman says she has suffered mental scarring as a result of her ordeal and the realisation of how vulnerable she was.

Lee Marklew, defending, said: “The evidence does not suggest the defendant targeted her to assault her, and the decision to assault her took place after she had passed out.”