John Osborne, 27, convinced the woman if she did not have sex with him, he would be kidnapped, beaten and raped 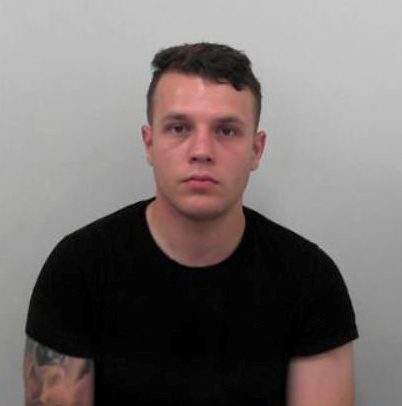 A trainee soldier who created fake social media profiles to manipulate a woman into having sex with him has been jailed for 18 years.

John Osborne, 27, used four social media profiles to convince his victim if she did not have sex with him he would be kidnapped, beaten and raped.

Each of the personas Osborne created had their own name, phone number and social media profiles.

During the trial, the jury was told he targeted his victim and used four fake social media profiles to bombard her with more than 4,000 messages over three months.

He initially used the profiles to befriend her, so that she would divulge details of her private life before using it to threaten and intimidate her.

Each of the fake personas claimed to know the person she knew as John Osborne and convinced her that if she didn’t agree to have sex with him then he would be hurt.

When they met in person, Osborne claimed he too was being forced into sex against his will.

Using the fake profiles he then claimed video evidence of the two together existed and would be shared on the internet.

He said indecent images of women would be distributed near the victim’s home and place of work with her name and phone number on, it was said.

He was convicted of 15 counts of rape at Bristol Crown Court last month before being sentenced to an 18 year prison sentence on Friday, 20 September.

Judge Mark Horton jailed Osborne, of Aust, South Glos, for 18 years and ordered him to serve a further five years on licence for the “ruthless” offences.

He told Osborne: “This case represents a very disturbing development in the use of social media.

“You used and developed applications and services available to you through the internet, social media and dark web to orchestrate what effectively became a weapon in your hands to establish and achieve the emotional and physical control of your victim. You used your actions to bully, control and eventually blackmail her.

“This is worse than violence, violence you can recover from. You controlled her body and mind.

“You believed by your actions you had created a sexual toy you could control at your whim.”

Temporary Detective Chief Inspector Tom Herbert said: “John Osborne’s levels of deceit knew no bounds. He preyed on the trust his victim placed in him to rob her of her true ability to consent.

“The deception was so sophisticated that she did not suspect any of the fake personas were in fact Osborne and fully believed those contacting her were real people. As a result, she genuinely felt he was in danger and had to do anything she could to help.

“The manipulation and subsequent rapes have had a significant effect on her.”