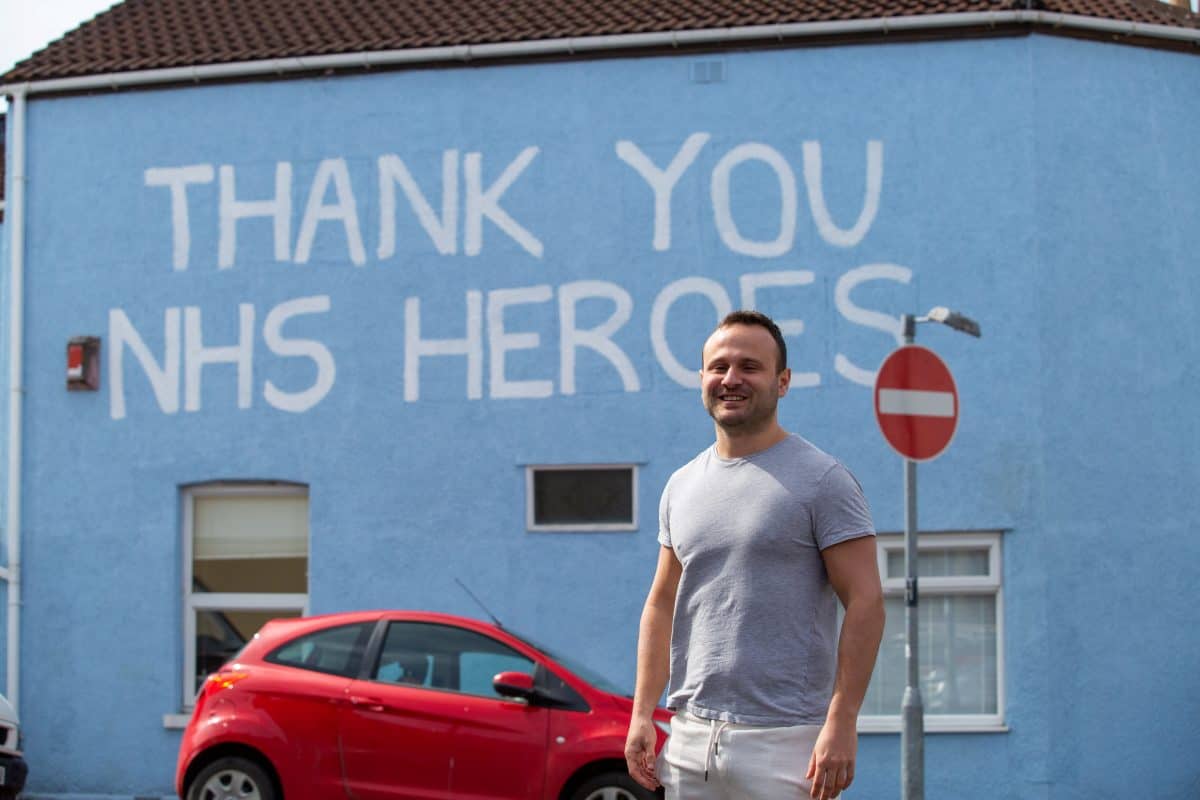 A man has paid tribute to brave NHS workers by “vandalising” his own house – and painting a tribute on the side.

Seb put out a tweet unveiling the picture alongside the words: “Spent the afternoon vandalising my own house!”

The bold white letters lie on top of blue brickwork and has been catching the eyes of neighbours in Bedminster in Bristol.

The pair did it to thank courageous medical staff as they battle against the coronavirus pandemic.

Seb, a freelance journalist, said: “We both think that even though it’s really terrible what’s happening, one silver lining is that people – especially young people – are having it spelt out to them who the important people in society is.

“There’s so much attention on celebrity culture and people idolising the wrong heroes nowadays.

“We’re just trying to capture that feeling of positivity and good will.”

Seb says the reaction to his and Gemma’s joint effort has been huge – and it even attracted NHS staff.

“We met four NHS workers yesterday, all of who said thank you as they went past.

“And one of them was even crying. She was proper moved by it and sat in her car crying.”

The incident has been uplifting for Gemma who is a self-employed hairdresser but has been forced out of business because of the Covid-19 outbreak.

She has not been running her company long enough to qualify for any government wage retention schemes and has now been forced onto universal credit.

“I think for her painting this thing outside the house is a positive way of battling through a difficult situation.”