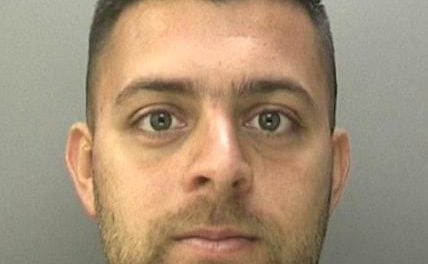 A man who posted racist messages on Twitter saying he “wanted to slit a Muslim’s throat” in the wake of the Manchester and London terror attacks has been jailed.

Rhodenne Chand, 31, uploaded a string of 32 tweets encouraging violence against Muslims following the atrocities last May.

Some of the Islamaphobic messages called for mosques to be attacked in the aftermath of the Manchester Arena bombing and Borough Market knife attacks.

Chand was arrested on June 17 last year after a member of the public contacted police fearing he would carry out his threats.

He told officers he had been “venting” in the aftermath of the terror attacks, that he felt disgusted at himself for writing the posts and had since quit Twitter.

Prosecutors determined he showed intent to stir up racial and religious hatred and that such “violent rhetoric can cause considerable harm once it is in the public domain”.

Chand, of Kingstanding, Birmingham, was charged with publishing threatening, abusive or insulting material intended to stir up racial hatred.

He previously admitted the offence was jailed for 20 months when he appeared at Birmingham Crown Court on Monday (25/6).

“It left people fearing some of the threats could be carried out by him or his twitter followers.

“The law is careful to try and not penalise expression of opinion, even in strong and possibly offensive terms.

“But Chand’s tweets were a much baser expression of animosity towards a section of society and were totally unacceptable.

“We take hate crime very seriously and anyone found to be stirring up hatred on the grounds of race, religion, sexuality, or disability could find themselves in court and facing a criminal conviction.

“Court outcomes like this are important in order to reassure communities of our willingness to make progress in the way we tackle hate crime matches how proud we are to police such a diverse region.”