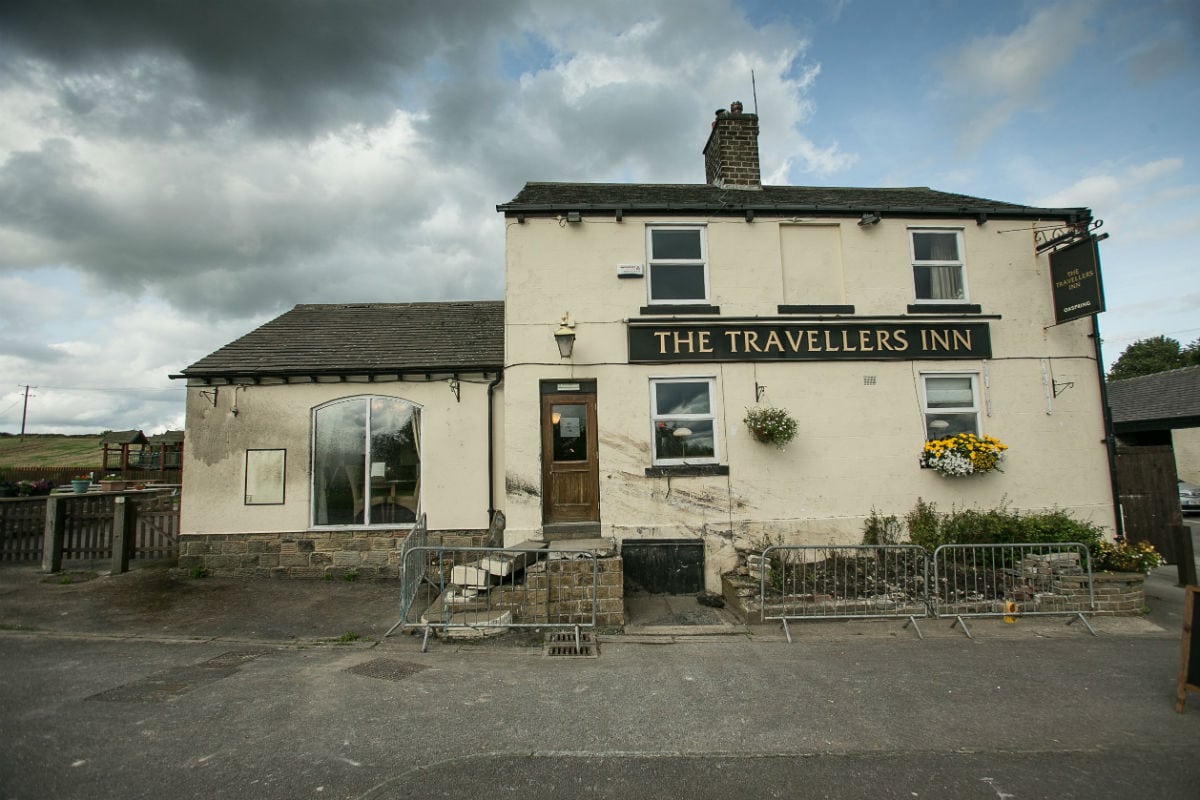 A man whose car crashed into a pub leaving four young children seriously ill was today arrested on suspicion of trying to kill them.

The 29-year-old man, who was also seriously injured, was first arrested on suspicion of dangerous driving and being unfit through drink or drugs.

But today police said he has been arrested and was being quizzed on suspicion of trying to murder the children following the crash on Wednesday morning.

Neither the arrested man or children have been named.

The crash, which didn’t involve any other vehicle, happened at about 12:15 on Wednesday morning in Barnsley, South Yorks.,

They were all travelling in a grey Dacia Logan which crashed into the side of a pub called the Travellers’ Inn.

It is not known whether he is the father of the children.