A man cheated death when a rogue plank of wood flew off a van and smashed through his windscreen – just centimetres from his chest. David Smart’s life was saved by his own steering wheel, which blocked the path of the piece of timber but was bent in the process. However, he still suffered […] 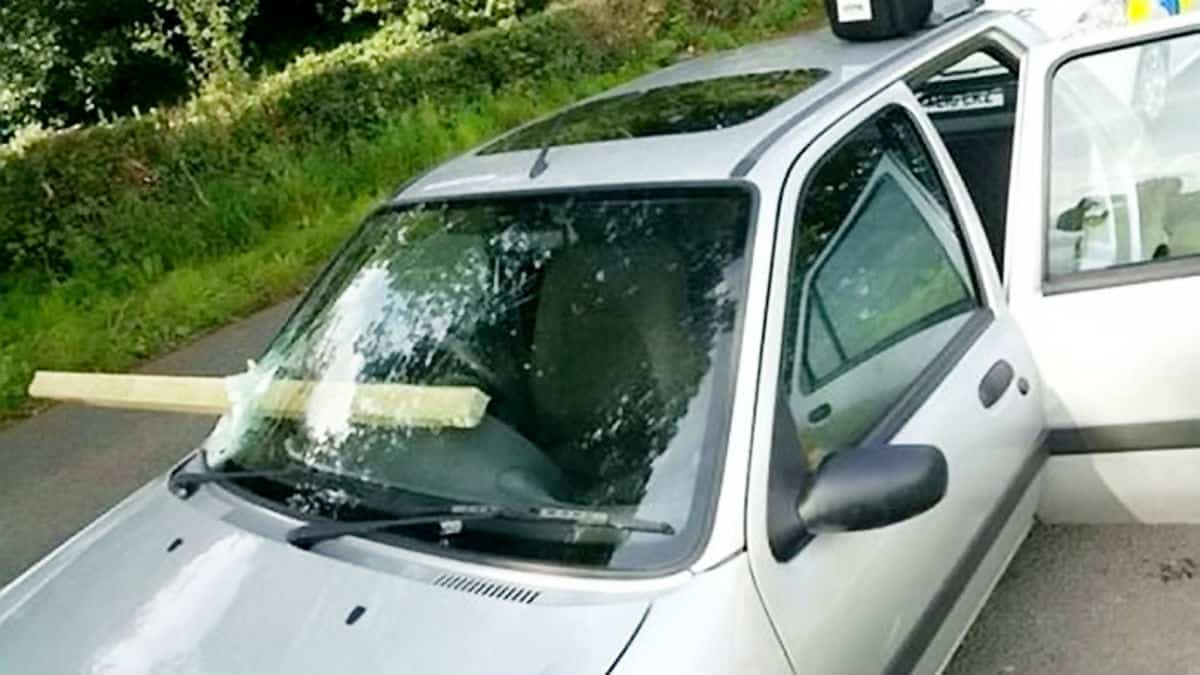 A man cheated death when a rogue plank of wood flew off a van and smashed through his windscreen – just centimetres from his chest.

David Smart’s life was saved by his own steering wheel, which blocked the path of the piece of timber but was bent in the process.

However, he still suffered serious injuries and is tomorrow (Fri) having surgery to amputate the top part of his index finger, say relatives.

A shocking photo posted on Facebook shows a blood-soaked windscreen with a hefty plank of wood poking out the side.

It’s believed the timber had fallen out of the rear of the van as it negotiating a bend.

Police are now trying to trace the van driver who did not stop following the shocking incident which happened along Weeton Road at 11am on Wednesday.

Relative Lesley Smart posted on Facebook yesterday (weds): “So…today this happened. David was driving to work down Weeton Rd when a flatbed van coming the other way shed some of its load through David’s windscreen.

“Thankfully he’s still alive to tell the tale – but it’s a miracle that this plank of wood didn’t go into his head or chest! Instead, it hit the steering wheel and badly damaged his right hand.

“Consequently David is having surgery tomorrow to amputate the top part of his index finger and to repair the middle one. (I have pics but it’s not a pretty sight!)

“The driver of the van didn’t stop so the police are investigating as their load was clearly not secure.

“If anyone knows of a local builder who was short of wood for a job today, any info would be appreciated.

“He’d also dropped another piece further up the road, so he’ll presumably be aware he was (at least) 2 pieces short. Thanks all. Xx.”

PC Chris Long, of Lancashire Police, said: “The timber has struck the victim’s windscreen, causing damage to the dashboard and bending the steering wheel.

“The wood has also damaged the driver’s hand, causing injury to the index and middle fingers.

“The van involved was described as a new-looking white transit or sprinter-type pickup with a slightly enclosed back.

“It was carrying a quantity of cut timber in the rear.

“The vehicle did not stop at the scene, but it is possible the driver was not aware of the load loss.

“We are keen to speak to anyone who can assist with our investigation.”