Sibela Ahmed, 29, who stashed a staggering 51kg of the drug under her bed was jailed for eight years. 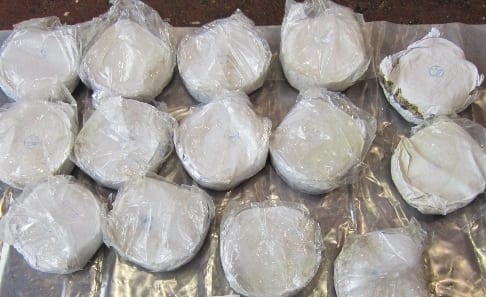 A woman who stored more than £5million worth of heroin in a suitcase has been jailed for eight years.

Sibela Ahmed, 29, stashed a staggering 51kg of the drug under her bed and in the case before she was caught transporting it in a taxi.

Detectives found her sitting at the back hiding 5kg of the drugs in a plastic bag in the footwell on December 7 last year.

She was arrested and officers found the rest of her huge stash under her bed and in a suitcase after they raided her home in Ilford, east London.

Police said taking the “big volume” of drugs off the streets ” severely disrupted” the organised crime gang Ahmed was part of.

Ahmed was jailed after admitting possession with intent to supply around £5.1million worth the Class A drug sold at street-value at Snarebrook Crown Court.

This was after she was charged and remanded in custody two days after her arrest at Barkingside Magistrates’ Court.

Detective Constable Kevin Rowley, From the Met’s East Area Proactive Team, said after the sentencing: “I am very happy with today’s result.

“More than 51 kilos of heroin has been removed from London’s streets which will no doubt save plenty of lives and help eradicate an issue which has blighted not just London, but the rest of the UK.

“I have no doubt that by taking this big a volume of Class A drugs off the streets, we have severely disrupted an organised crime network and I hope the public feels reassured that we are doing all that we can to clamp down on drug dealers.

“Ahmed was clearly thinking about herself when she agreed to store this large amount of heroin and now she will be able to spend the next eight years thinking about the consequences that it has caused her.”

A Scotland Yard spokesman said the total street value of the 51 kilograms of heroin was approximately £5.1 million.