Woodside High School in Wood Green, north London, said they were the first school to paint a rainbow crossing in the UK to mark LGBT History Month 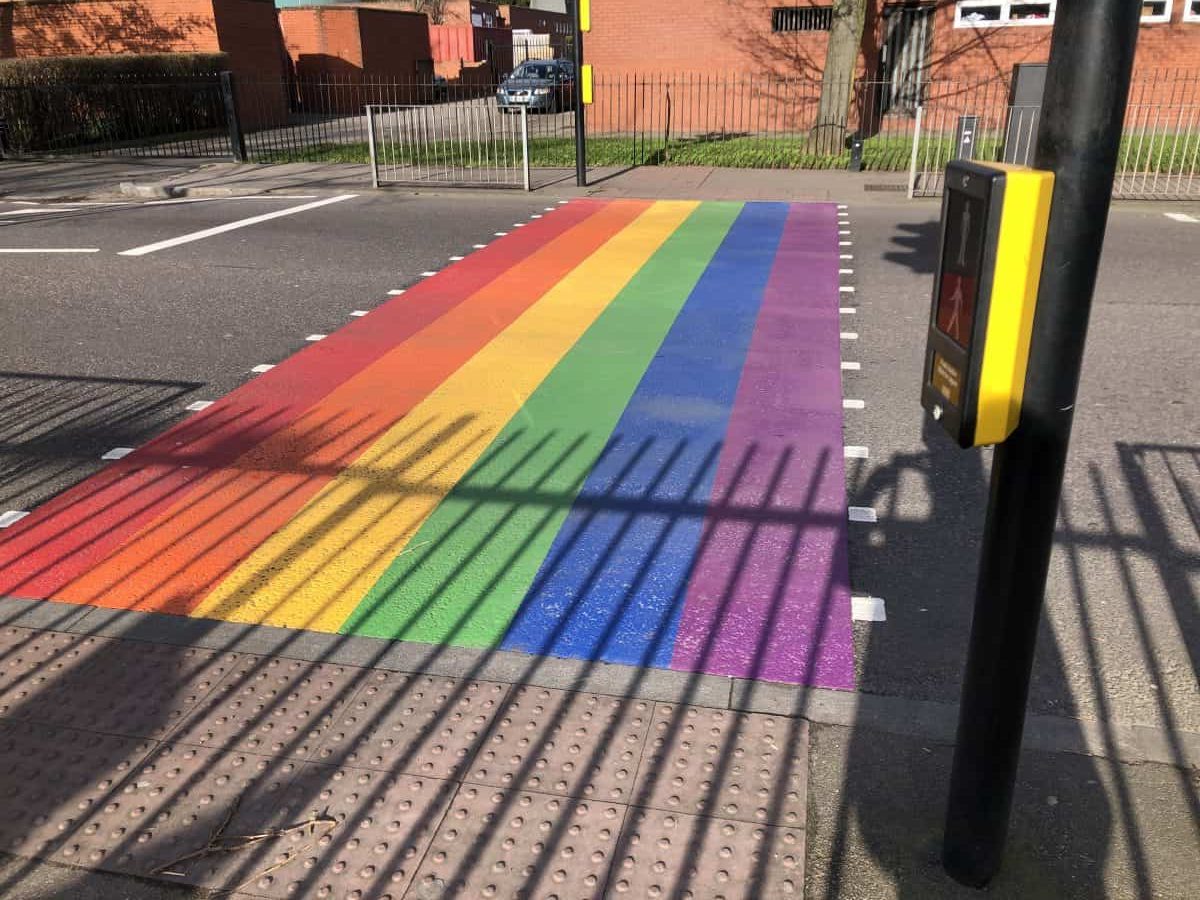 A London school has received hundreds of homophobic and abusive messages after a rainbow crossing was painted outside the gates to promote equality.

Woodside High School in Wood Green, north London, said they were the first school to paint a rainbow crossing in the UK as a tribute for LGBT History Month.

But the school was trolled with hundreds of messages, some accusing staff of “indoctrinating” children.

However, staff said it would not deter the school from continuing its work on equality.

The school posted on Twitter: “Our rainbow crossing has been up less than 4 days & we have had over 200 abusive messages.

“This may seem shocking to some, but for the LGBTQI+ community, threats, aggression & hate is a regular occurence.

“Education is critical in addressing this LGBT History Month.”

The crossing was funded by Haringey Council.

Councillor Seema Chandwani, Haringey Council’s Cabinet Member for Neighbourhoods, said: “The young people at Woodside High are amazing – they have campaigned for this LGBTQ+ rainbow crossing and we’re delighted we could make it happen.

“What an achievement to be the first school in the country to do this.

“These young people are playing an important role in showing that diversity, inclusivity and equality is something we celebrate here in Haringey. We can all learn a lesson from them.

“There is absolutely no place for division in our borough.

” We’re very proud of these young people for lobbying so strongly about an issue that really matters to us all.

“We stand in solidarity with them, and the LGBTQ+ community here in Haringey and beyond, against discrimination and prejudice of any kind.”

Sidonie Bertrand-Shelton, Head of Education Programmes at Stonewall, said: “All young people deserve an education that reflects and celebrates the diversity of our communities.

“But we know from our research that two in five LGBT pupils are still never taught anything about LGBT identities and nearly half (45 per cent) are bullied for being LGBT in Britain’s schools.

‘That’s why it’s fantastic to see such visible displays of support for equality, like the rainbow crossing at Woodside High School.

“At Stonewall, we’re proud to work with Woodside High School, and many other schools to help create learning environments where all young people feel able to be themselves.”