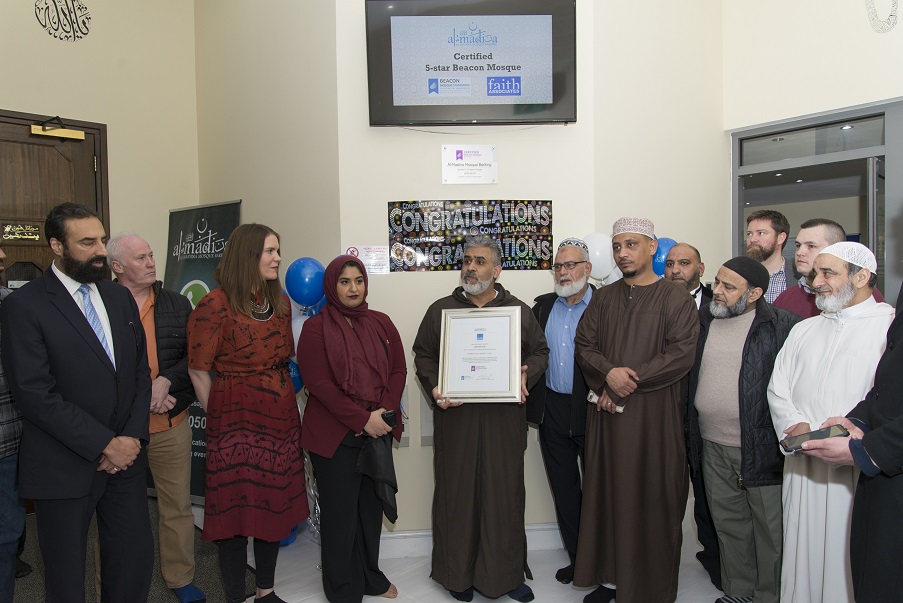 Faith Associates has presented plaques to three London mosques that have been recognised through the ‘Beacon Mosque’ initiative for their remarkable achievements and positive contribution to their wider communities.

Mosques in the UK and abroad have been recognised through a global benchmark created by the non-theological consultancy group.

The initiative has been developed to recognise the pivotal role that mosques and Islamic centres play, not just as places of worship but by rewarding and encouraging the positive impact they have on the wider social and cultural fabric of society.

Mosques are evaluated across ten categories which range from contribution to the local community to management and governance and are subsequently awarded with three, four or five star accreditations.

It encourages institutions to strive for excellence and achieve a quality benchmark/kite mark, not just as places of worship but in their wider responsibilities and the important function of supporting all communities in Britain.

“By implementing excellent service together with best practice it will inspire us to be proud of our institutions and help foster strong community relations. We hope the initiative creates a future where mosques are encouraged to be the standard bearers for their worshippers, neighbours, cities and the rest of the world.”

Three institutions across London were the first in the UK this week to receive the coveted benchmark and were personally presented with a plaque of excellence:

Al Madina in Barking was also been awarded with five star accreditation for showing remarkable practice of management and governance as well as developed a phenomenal youth outreach programme for people of all faiths and none.

Mevlana Rumi Mosque in Edmonton wasawarded with four star accreditation, as well as receiving two other awards (Best Madrassah and Best Charity service in the UK) and being shortlisted for another at the British Beacon Mosque Awards ceremony in 2018.