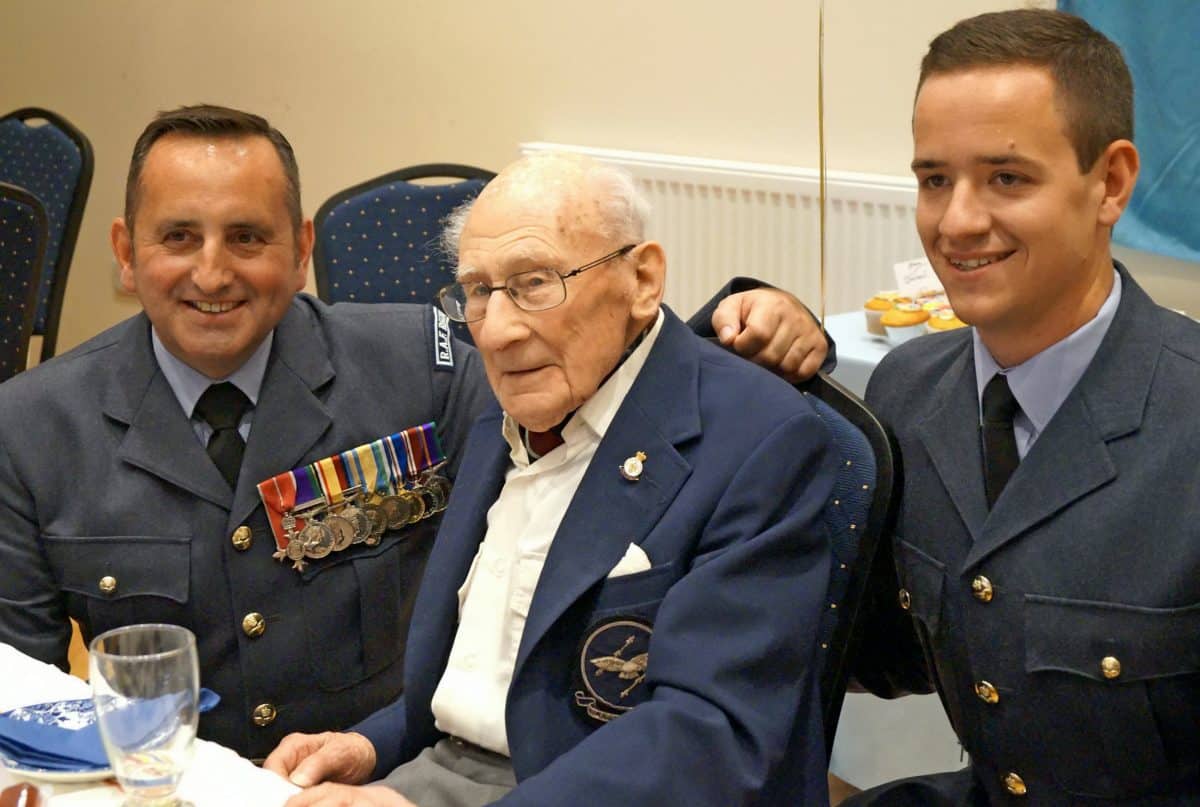 The last survivor of the legendary ‘Great Escape’ team has died aged 101.

Former navigator Jack Lyon’s bomber plane was struck by flak near Dusseldorf in Germany in 1941.

All of the bomber’s crew survived the crash-landing only to be captured by the Nazis and taken to prisoner of war camps.

He ended up in the Stalag Luft III camp, where he was recruited by other prisoners to carry out surveillance of the compound ahead of the famed 1944 breakout.

Jack was number 79 on the list of PoWs preparing to break out in the bid immortalised by Hollywood.

He was about to enter the ‘Harry’ tunnel when the prisoners heard a gunshot and realised the game was up.

A total of 76 men had got through the tunnel and of those just three made it to freedom.

The rest were recaptured and fifty were executed on the direct orders of a furious Hitler as a chilling warning to the others.

When he celebrated his 100th birthday he told how he was just three places from almost certain death.

In what is believed to be his last interview, which he did with the RAF Benevolent Fund in October ahead of the 75th anniversary of the Great Escape, he branded the mission “a success, but at great cost”.

There was a “terrible aftermath” to the breakout because 50 prisoners were shot, he said.

Mr Lyon, who joined the air force aged 23, added: “We were allocated a position and told not to move until called. It was going to be a long night.

“After an hour or so of this, air raid sirens sounded and all the camp lights went out.
We were left in total darkness until I heard a single shot.

“We guessed that probably meant the tunnel had been discovered so we did everything we could to destroy anything incriminating – there were maps, documents.”

The odds of successfully breaking out of the camp were “slim”, according to Mr Lyon.

He said: “In a mass breakout, with nationwide hue and cry and bad weather, I would say they were virtually nil.

Air Vice-Marshal David Murray, chief executive of the RAF Benevolent Fund, said: “Jack belonged to a generation of servicemen we are sadly losing as time goes on.

“His legacy and those of his brave comrades who planned and took part in the audacious Great Escape breakout are the freedoms we enjoy today.

“Their tenacity and determination spoke volumes about the values and bravery of the entire RAF, in helping to win the fight against the Nazis.”

Mr Lyon, who lived in Bexhill-on-Sea in East Sussex, died shortly before the 75th anniversary of the breakout, which is on March 24.