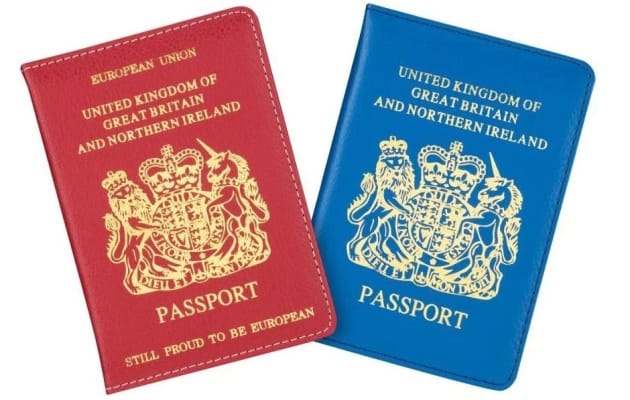 Ahead of this week’s big Brexit parliamentary votes, Poundland releases the results of its own referendum based on the sale of its burgundy and blue passport covers.

And while Theresa May prepares for a week of votes in the Commons, Poundland can reveal that sales of burgundy and blue passport covers are neck-and-neck.

Last month the value retailer announced the launch of two new Brexit-inspired passport covers, available in the classic EU burgundy and a ‘Brexit Blue’, in what had been dubbed the second referendum.

But, however close the national picture, that masks some wide regional differences.

Customers in London and the South East appear to be opting for Euro burgundy, which is outselling Brexit blue by two-to-one.

Rates of sale in the south and southeast also are 20 per cent higher than the north where there appears to be less appetite for a statement-making passport cover.

In Derby there’s still significant leave momentum, with sales of the new Brexit blue passport cover significantly higher in the East Midlands than the traditional EU burgundy (+37 per cent).

Further north, Sunderland seems to be bagging themselves a classic EU cover which could be a change of direction following concerns in the city about car plants – sales of burgundy covers in the North East are up 46 per cent versus blue.

Scotland seems to be strongly wedded to EU colours with sales of burgundy almost double those of blue (89 per cent ), as well as customers in Swindon who, following the recent news from a Japanese carmaker, appear to have had a change in heart and embraced the burgundy colours (68 per cent).

Unlike their Scottish counterparts the Welsh won’t be staging a coup with sales of the blue covers outweighing the European versions by 33 per cent.

Poundland’s Marketing Controller Mark Pym said: “This is a big week for Britain and we’ll know shortly whether sales data on our burgundy and blue passport covers will be the only new referendum on the table.”