A worshipper has been praised by a judge after risking his own life to disarm a knifeman threatening to BEHEAD a man at a mosque. Ebrima Touray was praying when he saw a man enter the building with shoes on – an act that is strictly prohibited. It was then he realised Haidar Hami, 22, […] 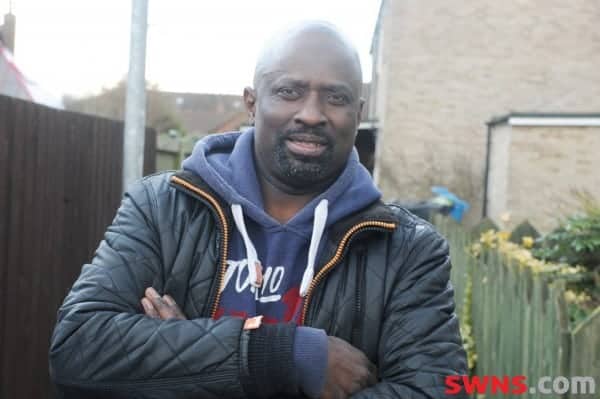 A worshipper has been praised by a judge after risking his own life to disarm a knifeman threatening to BEHEAD a man at a mosque.

Ebrima Touray was praying when he saw a man enter the building with shoes on – an act that is strictly prohibited.

It was then he realised Haidar Hami, 22, had a Stanley knife in his hand and was threatening another man who was bleeding from cuts to his cheeks and face.

A court later heard Hamid had “frog-marched” a neighbour to Hull Mosque and Islamic Centre, East Yorks., while holding a serrated knife to his throat and a Stanley knife in his other hand.

Hamid then forced his head down and asked: “Are you going to pray now?”

During the brutal exchange, on September, 9, 2016, Mr Touray intervened and managed to grab the knife off Hamid who later said of his victim he wanted to “cut off his head”.

Describing the incident, Mr Touray, 45, said he knew he had to do something when he saw what was happening. He said: “I was at the mosque praying when I saw this guy walk in with his shoes on.

“Shoes are not allowed to be worn in any mosque and one of my friends kept telling him, ‘No shoes, no shoes’.

“When I looked back he hadn’t left but instead closed the door and that’s when I saw the knife in his hand.

“I saw the guy with him had a slice on his face, so I asked him, ‘Who did that to you? Did he do this to you?’

“My friend at the mosque was speaking Arabic [to Hamid] so I told him to keep his concentration and keep talking to him. That’s when I managed to grab the knife off him.

“He ran off so I called the police and I saw a guy pull up in a car shouting his name, and I told him he wasn’t taking him anywhere.

“He said he was from his hostel, but I wasn’t having that. He hadn’t protected him when he left with this guy with a knife, so I wasn’t going to let him protect him now.”

He said: “I knew I had to help when I saw what was happening.

“If I didn’t he could have easily gone out and hurt someone in the street.

“My job helped me in the situation, because I knew what to do. I don’t think I would have gone as near him if not.

“But I think everyone needs to help out in some little bit when these things happen.

“I have been visiting this mosque for years and this is the first time anything like this has happened.

“This is a community we all have to live in.” Hamid, from Hull, was jailed for ten years and a judge commended Mr Touray and fellow worshipper, Taha Mohammed, for their “extremely remarkable courage”.

Mr Mohammed comforted the victim until police arrived, arrested Hamid and recovered the knives from the mosque.

When Hamid was interviewed by police following the incident, he said he was going to kill the man with one of the knives and, when asked why, said: “To stop him doing bad things to me.”

Imam Hafiz Salik said: “We have never had anything like it and we have been there for more than 30 years.”