There are more than 30,000 locations on the map, researched by the University of York. 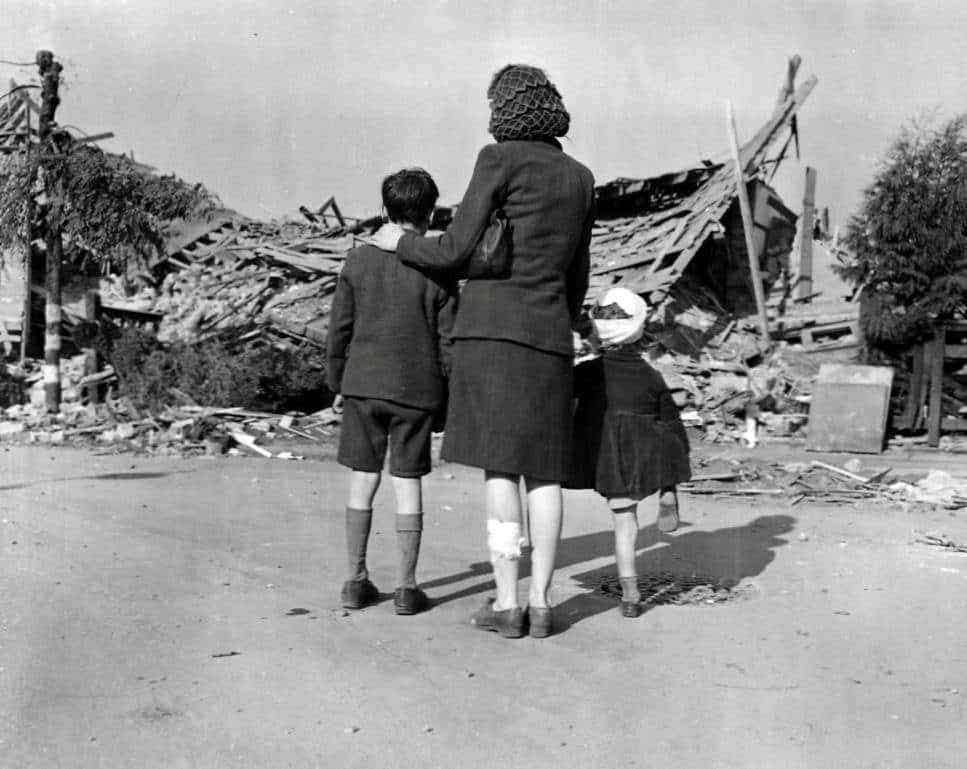 A new interactive map painstakingly put together from official records has recorded all the bombs that fell on the UK in World War II.

From the first bomb to hit the mainland in the Firth of Forth, Scotland on October 16 1939 to the last on March 29 1945 on the south east coast, all can be found on the new map.

More than 32,000 locations are included and users can zoom in on the official record for details of deaths and casualties.

‘Bombing Britain’ is an air raid map that uses wartime data from the National Archives to pinpoint all the locations struck by German bombs during the war.

The map, which is free to use, is based on 6,500 daily reports compiled by wartime intelligence officers for the Ministry of Home Security and senior officials – and stretches as far back as 16 October 1939, the first wartime attack on British shores.

By clicking on a pin on the map, people can view and download information on an air raid in that area – including the date, location and number of casualties.

For example, the map shows that a bomb was dropped on Waterloo Bridge in London on the night of April 19 1941, during a raid that killed 240 people and injured 880 across the city.

The groundbreaking map was developed by Dr Laura Blomvall, a researcher from the Department of English and Related Literature at the University of York, whose work confirmed that the first place in Britain to be bombed was the Firth of Forth in Scotland.

Dr Blomvall said: “This map offers an astonishing insight into the extent and scale of total war.

“Bombing Britain allows us to visualise how bomb strikes affected the entire country – not just London and the South East – as bombs were dropped from the Orkney Islands to Coventry, from Liverpool to the Scilly Isles and from Dover to Swansea.

“This unique research project shows how war was ‘no longer confined to the battlefield’.

“The normalisation of aerial warfare turned mainland Britain into a violent battlefield, and the term ‘home front’ was no longer figurative.”

Some 30,000 tonnes of bombs were dropped on the UK during the Blitz – an intense German bombing campaign targeting British industry and morale starting in September 1940 – killing over 40,000 people.

Unexploded World War Two bombs continue to be discovered up and down the country, often causing schools or offices to be abandoned in a panic.

“This interactive map makes use of the intelligence reports that followed German raids on the United Kingdom, and visually demonstrates the impact and reach of those attacks.

“This map will be a fantastic resource, not only for military and social historians, but for anyone interested in the impact of wartime air raids across the UK.”

It can be found at http://www.warstateandsociety.com/Bombing-Britain