Dad-of-two Mark Smith was shot in the right leg six times and right arm once while he was serving for the Grenadier Guards in Canada.

by Ben Gelblum
in Good News, Must Reads, Sport 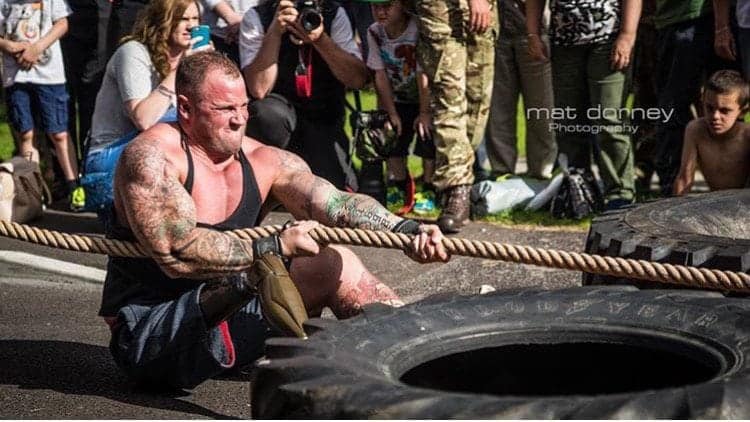 A former army sergeant has become a two time title holder for Britain’s Strongest Disabled Man – and is now running for the world title.

Dad-of-two Mark Smith was shot in the right leg six times and right arm once while he was serving for the Grenadier Guards in Canada.

He had to have his right leg amputated above the knee after being injured during a live firing exercise. 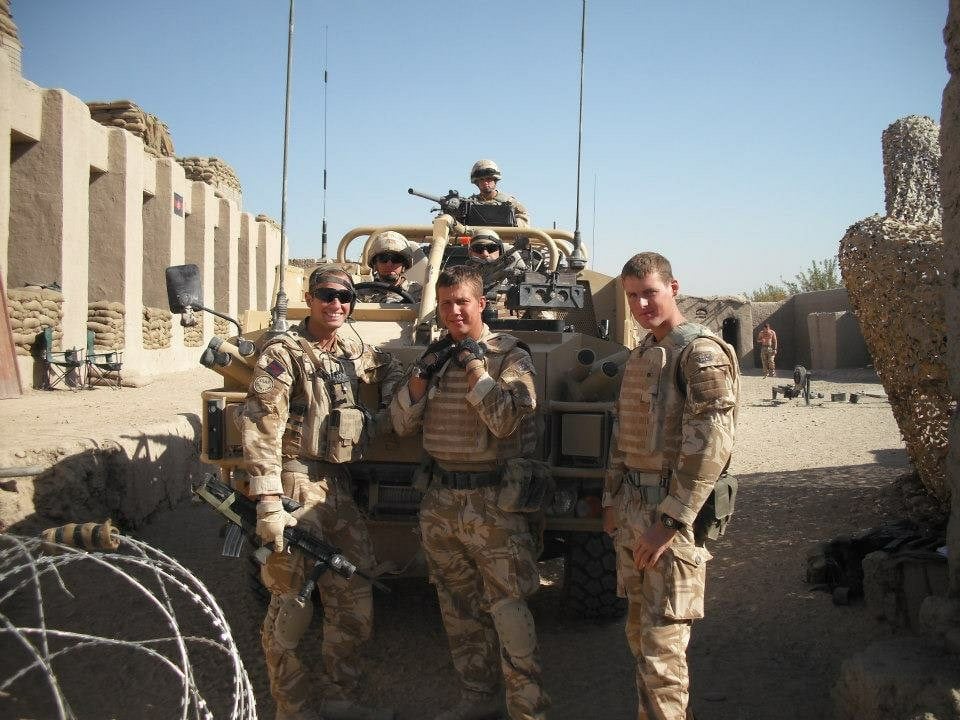 Mark, 33, said: “I had my leg amputated two days after being shot.

“I was on life support and I was told if they didn’t amputate my leg that day I wouldn’t see out the rest of the day because it was giving me organ failure.

“It was killing me, I wasn’t really left with an option.

“I was more worried about what would happen, being a husband and a dad and having mortgage.”

Mark had been in the forces since the age of 18 but because he had to have his whole leg amputated there was no way it was possible for him to continue.

He said: “I ended up losing my knee and I knew if I didn’t have my knee it would be the end of my military career.

“I just loved the adrenaline and excitement of my job, and so I spent the last few years chasing that buzz.

“I needed something that was going to get me out of bed in the morning.

“I had so many operations, I dropped to around nine stone and I became unrecognisable to friends and family.

“I wanted to do something strength based. I needed something that was going to excite me, going to places like Iraq and Afghanistan I loved that environment.

“I was adamant once I was off the morphine and I was out of hospital, I would get myself as far away from that look as possible.” 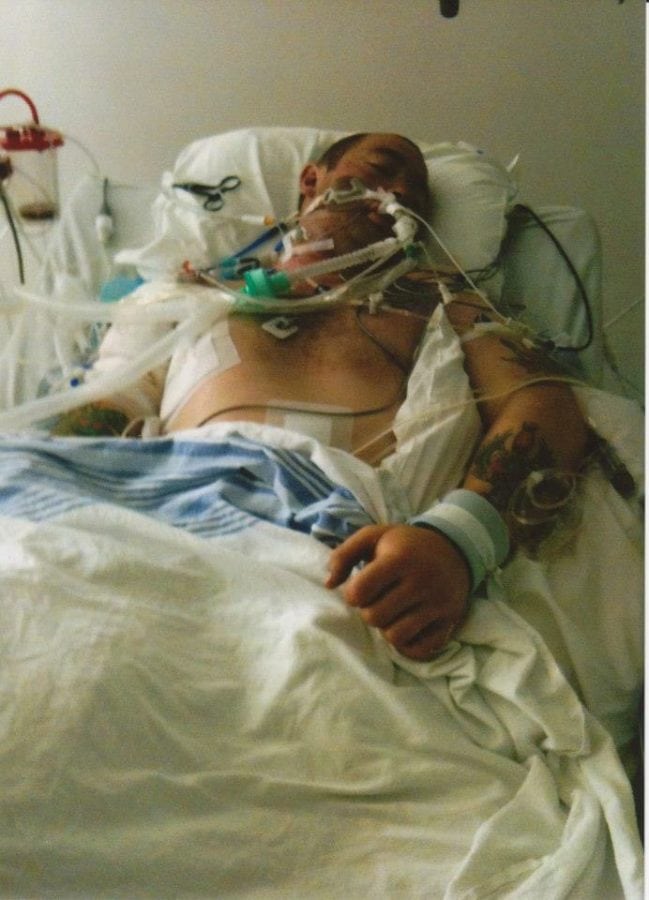 Once Mark was released from hospital he decided he was going to start training to make his body the strongest it could be.

Mark, who holds the world record in pulling two trucks over 20 meters in 24.35 secs, said: “I was invited down to a taster session to try Disable Strong man and so I went to give it a go and I loved it.

“So it was a no-brainer, I had always grown up watching the likes of Geoff Capes
and the thought of pulling a truck for a living excited me.”

Mark entered his first competition for Britain’s Strongest Man in 2016 in Kent and has won this two years running since.

Lee Small was the previous winner of Britain’s Strongest Disabled Man in 2015. 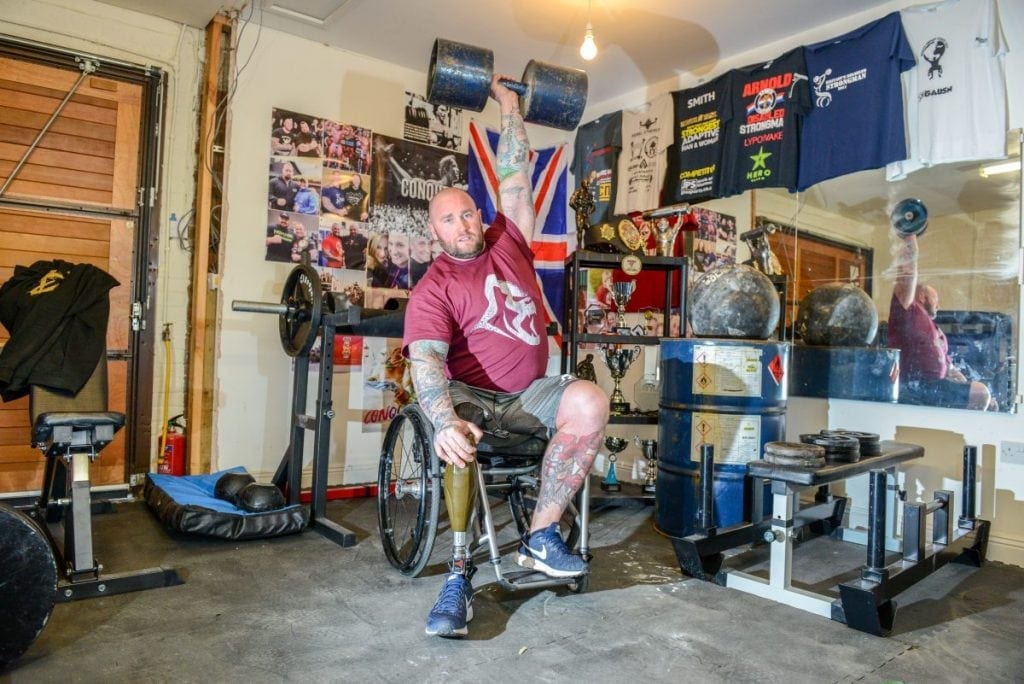 Mark, from Milton Keynes, Bucks., who is married to Natalie, 33, said: “I wanted to set myself a challenge.

“I have invested in my own strong man kit because your average gym doesn’t have the material, so I converted my car garage into a strong man gym.

“I have bought a strong man log and I have been pulling trucks.”

Mark competed in the world’s strongest disabled man last year in at the Olympic Park, in London but lost by three points.

But this year he says that won’t be the case as he qualifies again for the World’s Strongest Disabled Man and will be competing in Norway on 8 September.

Mark, from Milton Keynes, Bucks., who is married to Natalie, 33, said: “I have got hunger for the worlds that is ultimately the title I want.

“You have to be a good overall athlete.” 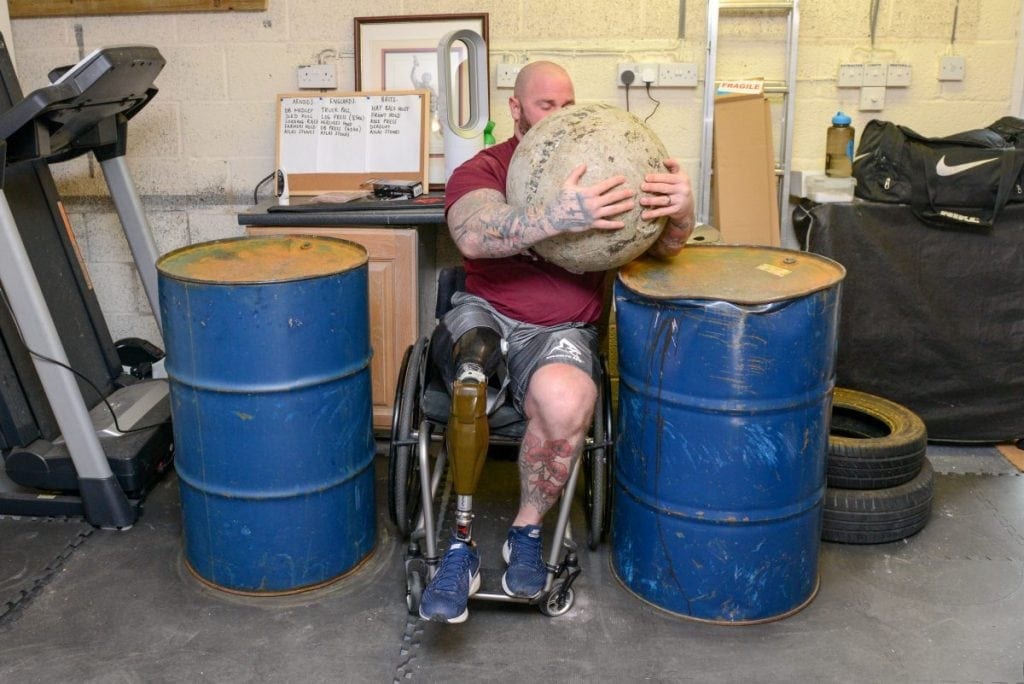 Whilst he was competing last year Mark had managed to lift a world record stone for his which was 140 kilos and says the aim this year is to lift 150 kilos.

He will then compete again for Britain’s Strongest Disabled Man in Somerset on 12 May.

The Disabled Strongman competition was founded in Iceland by Arnar Mar Jonsson.