A student caught up in the New York truck attack has told of her horror at seeing terrified children “holding onto their moms and saying, ‘I’m scared.'” Maddie Clark, 21, was one of the first at the scene of the bloodbath assault which killed eight people and says it was “frantic”. Disturbing footage filmed on […] 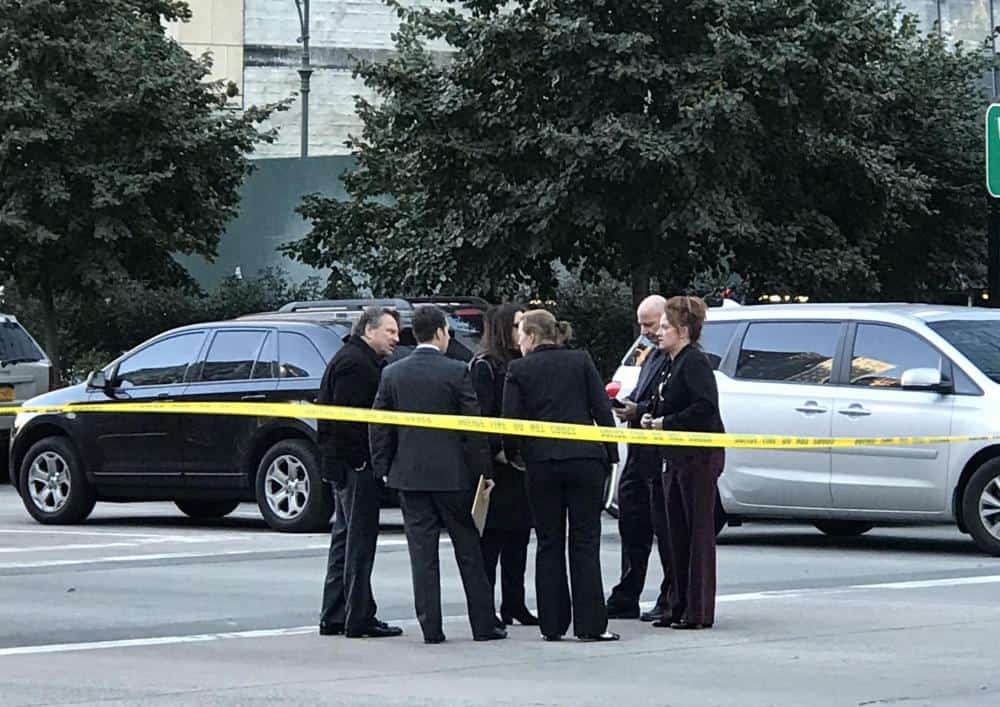 A student caught up in the New York truck attack has told of her horror at seeing terrified children “holding onto their moms and saying, ‘I’m scared.'”

Maddie Clark, 21, was one of the first at the scene of the bloodbath assault which killed eight people and says it was “frantic”.

Disturbing footage filmed on her cell phone shows casualties being rushed into ambulances by first responders as sirens flash.

New York police described the incident – which reportedly saw a 29-year-old man driving a rental truck mow down people on a bike path – as a terrorist attack.

Eight people were killed and roughly a dozen injured, they said.

Maddie says her most haunting memory of the tragedy was seeing petrified children – dressed up in Halloween costumes – clutching their parents in fear.

The media student, 21, said: “It was very frantic and there were a lot of kids around. That was the most distressing thing.

“There was a school nearby and it looked like there was a Halloween party going on. The kids and their parents were all standing outside.

“There were little kids holding onto their moms and saying, ‘I’m scared.’ They were very young and their parents were very worried.

“They were really tense and nervous.”

There are multiple schools in the area including PS89, PS234 and The Park Pre School as well as Stuyvesant High School, which is directly next to the scene.

Maddie, who is a New York native, added that she was at the nearby Brookfield Place mall when news of the horror crash in TriBeCa, New York, broke Tuesday afternoon.

Initial reports stated it was a shooting but authorities later said the suspected gunman was brandishing toy weapons.

Maddie said: “The security started talking and I had just got a news alert on my phone saying there had been a shooting in TriBeCa.

“When I got outside there were 10 to 12 police cars going down the highway, blocking it off.

“I saw the bikes that were crushed and was one of the first on the scene.

“There were a lot of ambulances and these six or seven bicycles that were all mashed up.

“I saw the EMTs getting blankets ready. They were getting everything ready to get the bodies away.

“More and more people came running and I saw people being taken into ambulances.

“I saw an Asian man in his thirties being put into the first ambulance and he was very disoriented.

“The police were asking people to get off the scene.”

These are the people protecting freedom of expression across the world