It was identified from a ring number 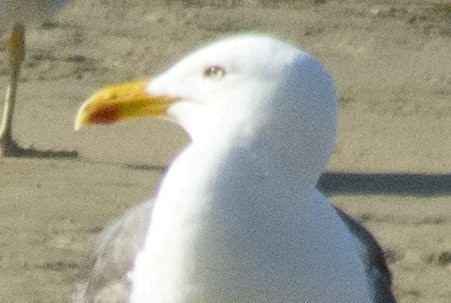 Experts have hailed Britain’s fastest seagull – that travelled more than 500 miles from Britain to Spain in just seven days.

The lesser black-backed gull flew to Ares Beach in A Coruna in the super-quick time – because it knows there is food there, bird boffins say.

It was initially ringed in 2016 on Burhou Island in the Channel Islands and was seen there again during recording on 17 July this year.

But just a week later the same bird was spotted on Ares Beach, A Coruna, Spain – 520 miles away.

It was identified from a photograph which showed the ring number on its leg, which traced it back to the island.

The Alderney Bird Observatory warden John Horton said it was very unusual for a bird to fly so far so fast.

He said: “It could be wind direction. It could have known there was a safe place with plenty to eat so it just headed straight there.

“They have stop-off points along their migration.”

Mr Horton said lesser black-backed gulls come to Alderney over the summer to breed on Burhou Island and have been recorded to migrate as far as Morocco in North Africa.

“They start breeding in the early summer, the experienced birds that have bred early or the failed breeders may start migrating now, he added.

“They’ll go to places they’ve been going to for generations and where they know they’ll find food and safety for the winter months.”

He said ringing the birds means ringers can track where they overwinter and what areas they use – important for ensuring that all parts of their migration route are known and conserved.

He added: “The gull-ringing programme has been operating in Alderney for 15 years to help build up a picture of the populations.”

This year, a team of ringers from Alderney, Guernsey and Jersey visited Burhou Island on 15 July to ring another 150 chicks.

The team rings between 150 and 200 new birds every year, spending around three hours on the island to get as much done as possible without causing too much disturbance.

They also take field observations of the adult birds, noting the ring number on their legs, without catching them.

Birds ringed in Alderney from as far back as 2008 have been seen in other parts of the world.

As well as ringing to know where the gulls travel, it indicates how many birds are stopping in Alderney and whether that number has changed over the years.

The breeding community of lesser black-backed gulls in Alderney is about 400 birds.

This year was such a good year for the species in Alderney that this was the first year the bird has been recorded as nesting on mainland Alderney as well as Burhou.

“It’s a good sign that they are increasing into a larger area,” said Mr Horton.