These images show the “rings of steel” protecting Britain’s Christmas markets this year as security is bolstered amid fears of Berlin-style copycat terror attacks. Armed police, large concrete barriers and stop and search checks are being carried out at festive markets up and down the country as many opened to the public last week. Pedestrianised […] 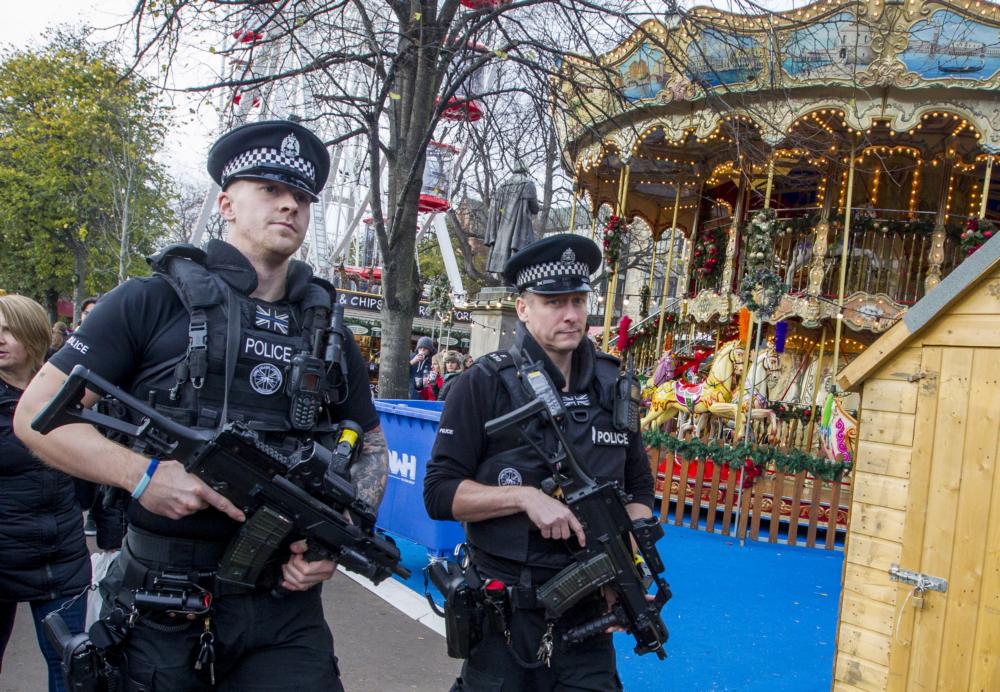 These images show the “rings of steel” protecting Britain’s Christmas markets this year as security is bolstered amid fears of Berlin-style copycat terror attacks.

Armed police, large concrete barriers and stop and search checks are being carried out at festive markets up and down the country as many opened to the public last week.

Pedestrianised areas are blocked off to prevent vehicles driving into crowds – after an IS fanatic killed 12 when he ploughed a lorry through Berlin’s Breitscheidplatz last year.

Heavy police presences could be seen in London, Birmingham, Manchester, Leeds, Edinburgh and Bath with armed cops patrolling the perimeters of festive attractions.

Plain clothed officers will also mingle amongst the crowds of revellers in a bid to keep the nation safe from further terror attacks. 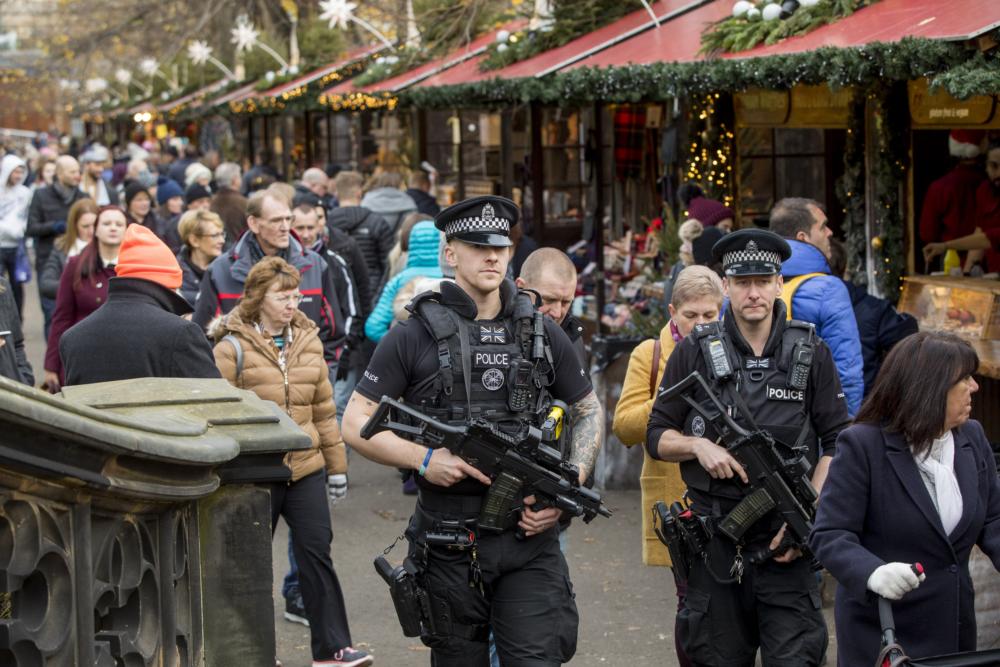 The moves come after the Local Government Association warned councils to be vigilant this year with the terror threat level to the UK currently at “severe”.

This means that an attack “is highly likely”.

London has been hit twice in the past 12 months by terror attacks involving vehicles on Westminster Bridge and London Bridge.

In response to those atrocities barriers separating traffic from pedestrians were erected on three of the capital’s bridges.

Similar measures are now be in place at major Christmas markets – including Manchester, Birmingham and London’s Winter Wonderland in Hyde Park 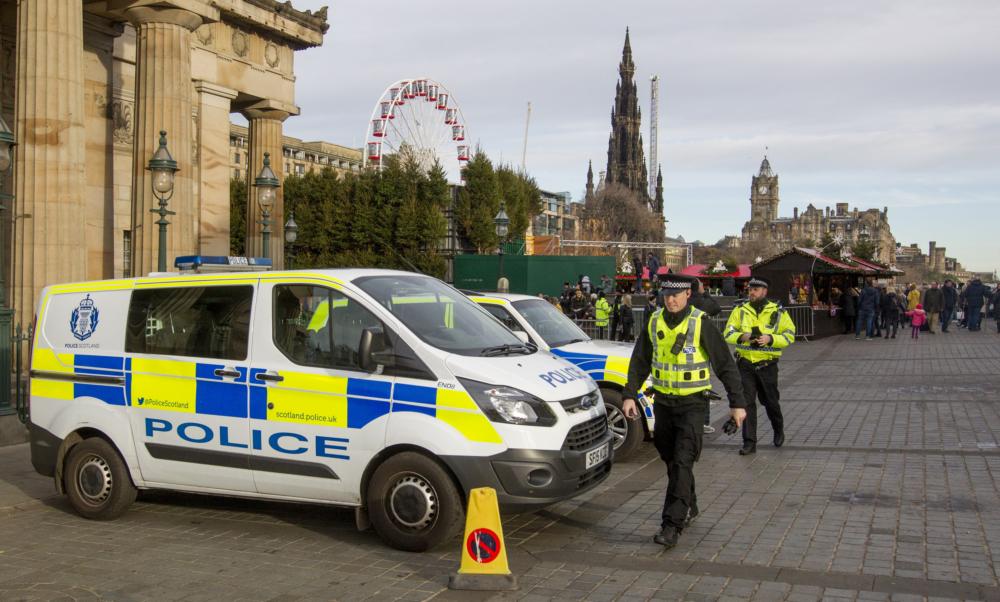 A Met Police spokesman said: “The public may see additional protective security measures and barriers at events this year, in response to a number of vehicle-based terrorist attacks we have sadly seen both here in the UK and abroad.

“There could also be increased security checks at some events and venues so we advise the public to arrive in plenty of time to allow for this.”

In Birmingham, officers are carrying out “vehicle-based and foot-based stop checks” at a number of locations throughout the city centre. 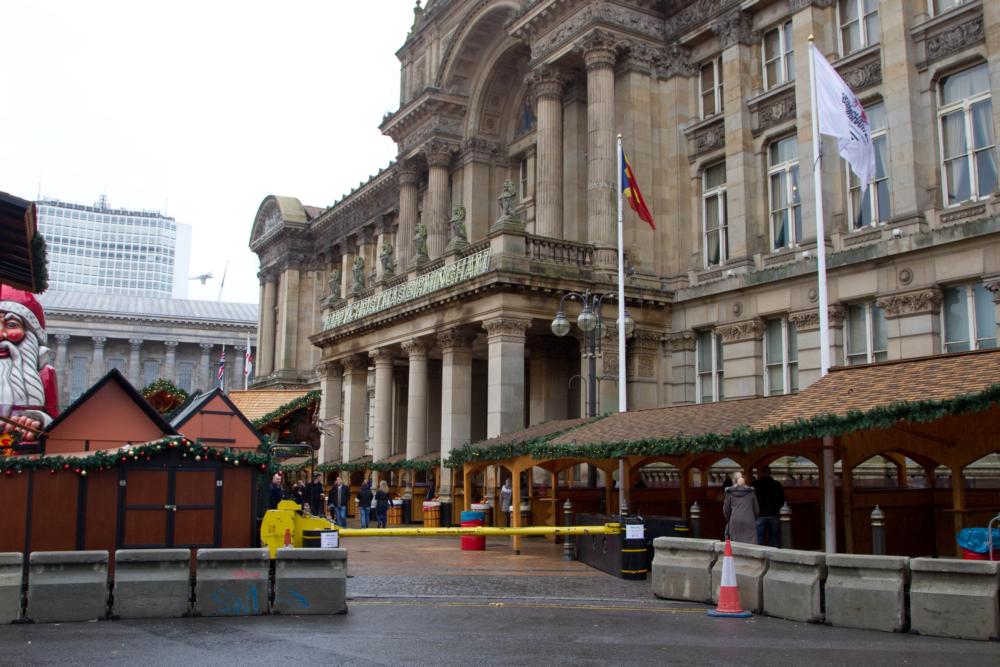 Superintendent Andy Parsons, of West Midlands Police, said: “These checks are to offer reassurance to our communities and those who plan to attend our world famous Christmas market.

“There will be a mixture of armed, unarmed and plain clothes officers patrolling the city.

“It is really important that we tackle all crime together so if you see something or hear anything suspicious, we need to know so we can try to do something about it.”

Manchester has also stepped up security in the wake of the Manchester Arena bombing, which killed 23 people following an Ariana Grande gig in May. 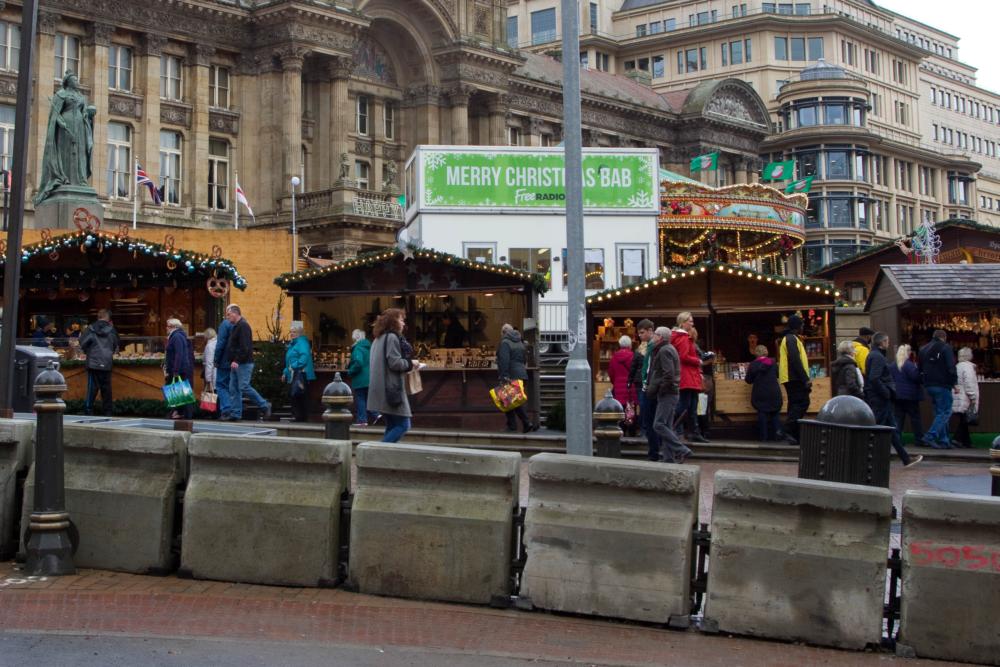 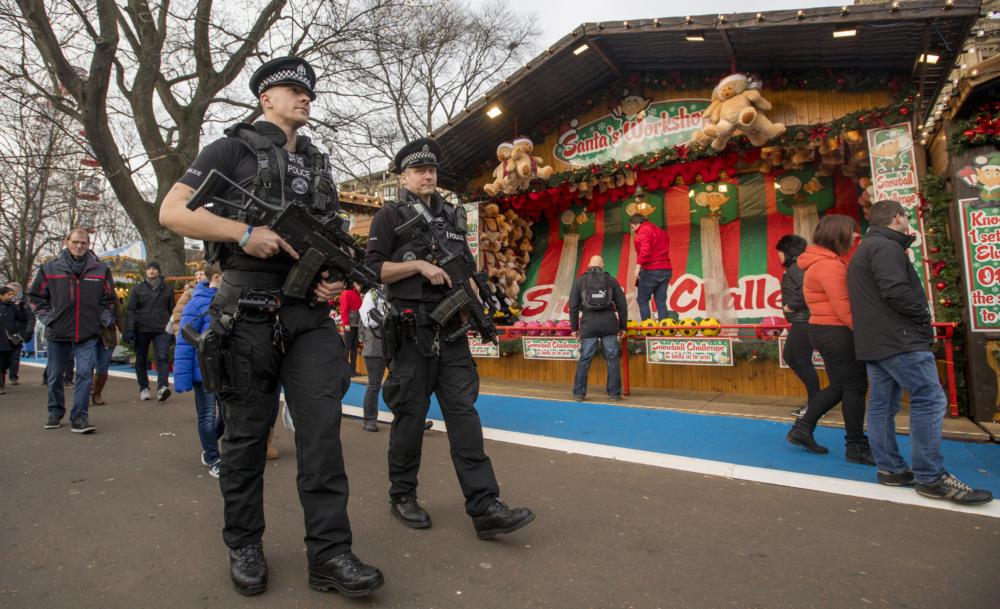 Superintendent Chris Hill, of Greater Manchester Police, said: “People’s natural response when they see extra security can sometimes be one of fear or concern, worrying that the extra measures mean that it’s more dangerous.

“I want to assure people that we are strengthening protective security as an extra precaution to keep people as safe as possible, and it should make people feel more comfortable and reassured about attending events like the Christmas Markets.

“This has been a difficult year for the city and we must never forget the people who have been affected.

” However, we have already all come together and shown our strength and determination to carry on enjoying our day to day lives.

“I want to encourage everyone to do the same. We are here and we’re doing everything that we can to keep you safe.”