An 82-year-old former firefighter who posted a lonely hearts note on his village notice board looking for companionship has had NO replies — after SIX MONTHS. Lonely Dave Vallance lost his wife Doreen just over a year ago and has been alone ever since. In a bid to find female companionship he asked a friend […] 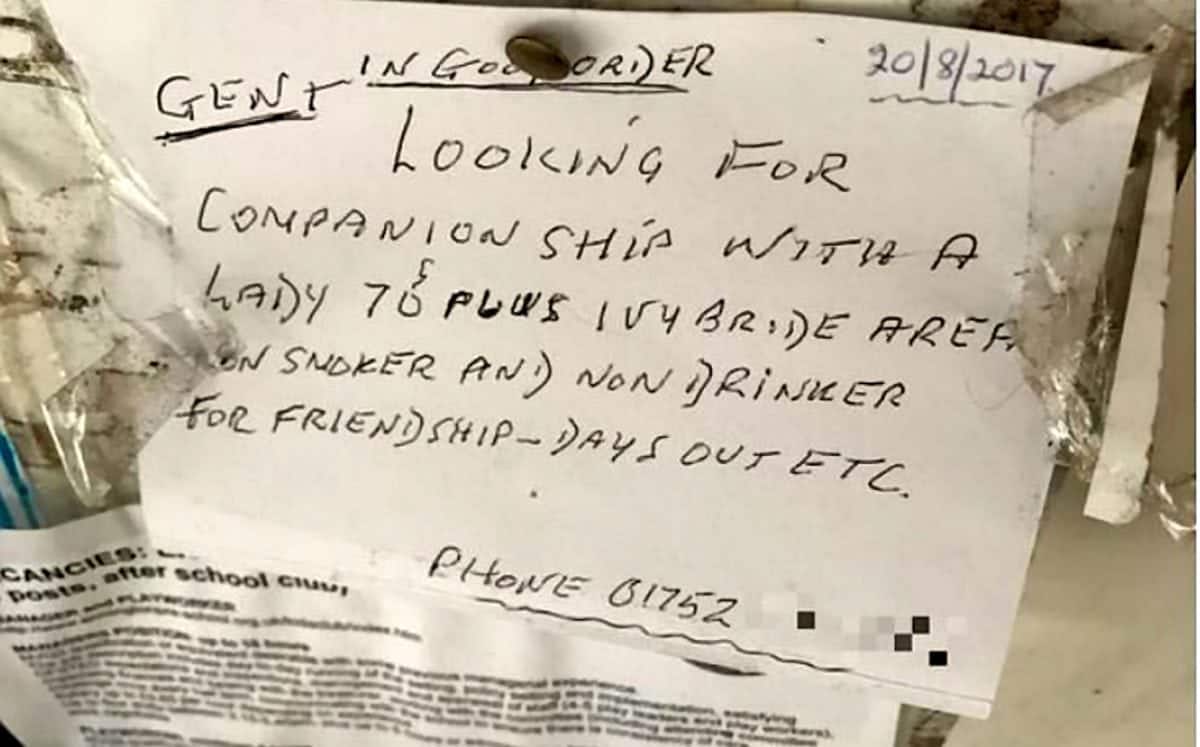 An 82-year-old former firefighter who posted a lonely hearts note on his village notice board looking for companionship has had NO replies — after SIX MONTHS.

Lonely Dave Vallance lost his wife Doreen just over a year ago and has been alone ever since.

In a bid to find female companionship he asked a friend to post a note on the community board in Ivybridge, Devon.

Dave’s note read: “Gent in good order. Looking for companionship with a lady, 70 plus, Ivybridge area.

“Non-smoker and non-drinker. For friendship, days out, etc.” 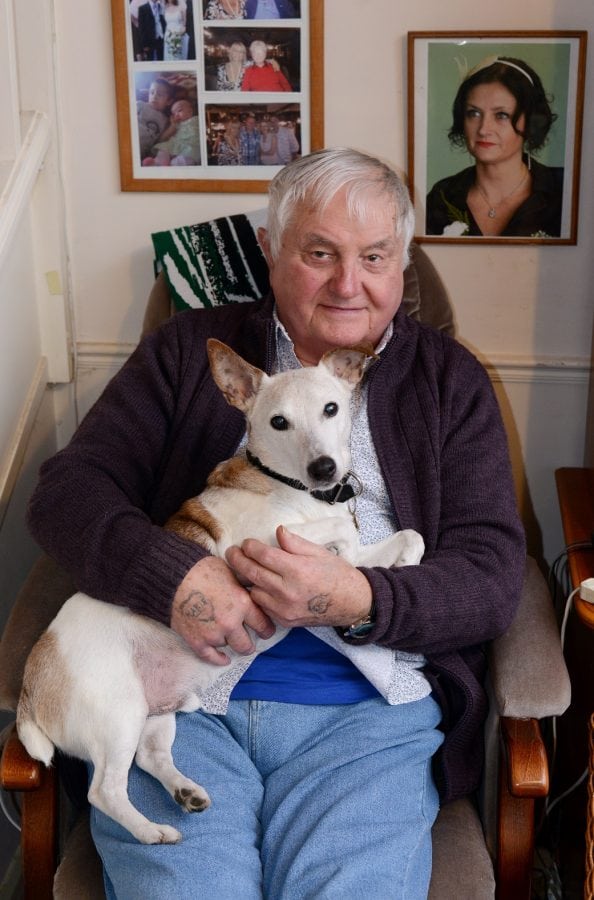 But despite his appeal being up since August last year, Dave has received no calls or communications and has now turned to his local paper for help.

Despite the set back Dave said he won’t give up his quest until he finds someone.

He said: “I said (to my friend) can you post a letter, a little notice, on the board in Ivybridge to see if there is anyone as lonely as I am who wants a bit of company?

“She did just that, but I never had one reply.”

Dave, who lives alone with his dog Jack, added: “I don’t much like being on my own.

“I’m just looking for someone to spend some time with, to chat with, that would be nice.” 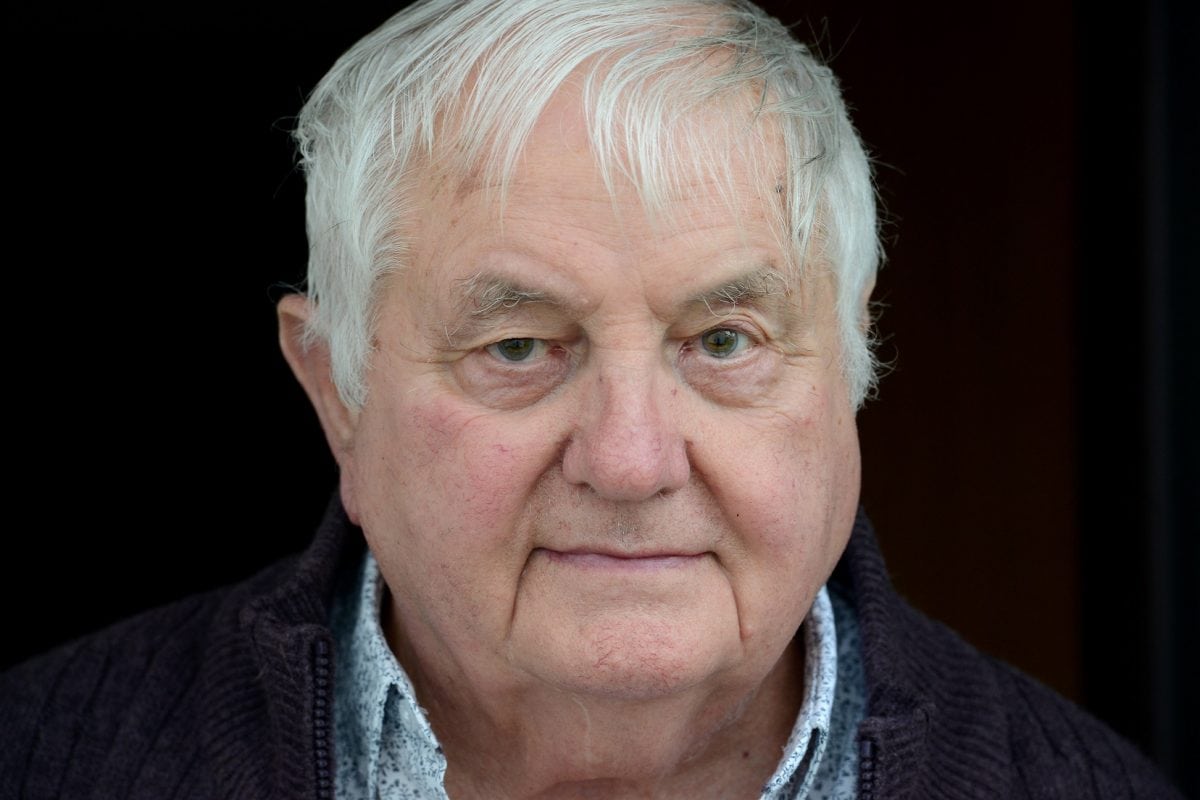 Dave said he met his late wife on a blind date on New Year’s Day in 1990 – and says it was love at first sight.

They got engaged on Valentine’s Day the same year and married that summer.

But sadly, Doreen became very ill, and passed away at Derriford Hospital just over 12 months ago.

Dave was born in Ashburton and he decided to join the Army when he left school.

He moved to Essex where he served in the Royal Signals for seven years. 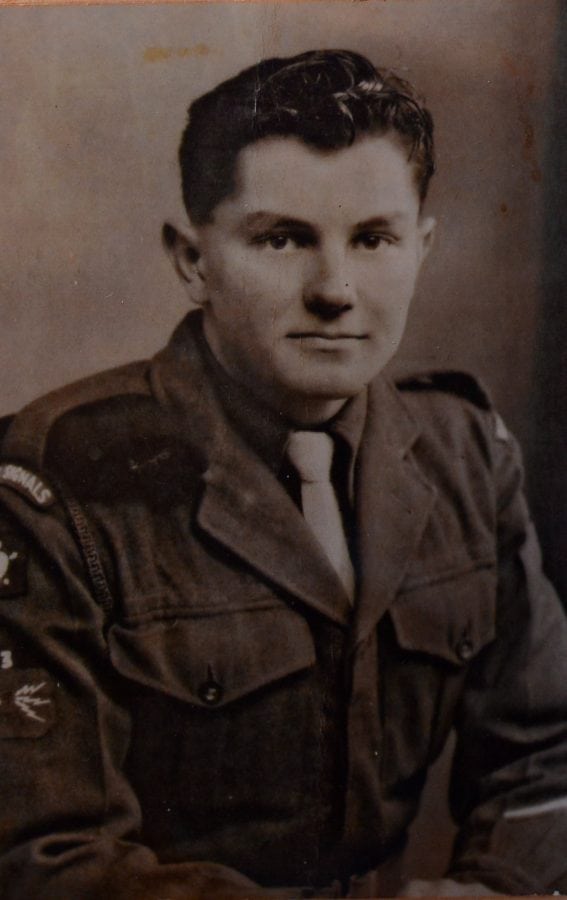 Dave joined the fire service after he left the Army and was a fireman for more than 20 years.

He became a window washer and handyman on retirement and worked until he was 75.

Dave has a big family, with eight children and 26 grandchildren, but many are spread across the country so he doesn’t always get to see them.

In his spare time Dave said he enjoys staying active and watching the football.

He has listed his other hobbies as travelling and going on holiday, along with long walks with his dog Jack.

Dave added: “I just need someone to keep me company. It’s not nice going out your own.”