And horrified investigators think the poor dog was still alive when it was tied up and launched into the sea.

by Ollie McAninch
in Heart Wrenching 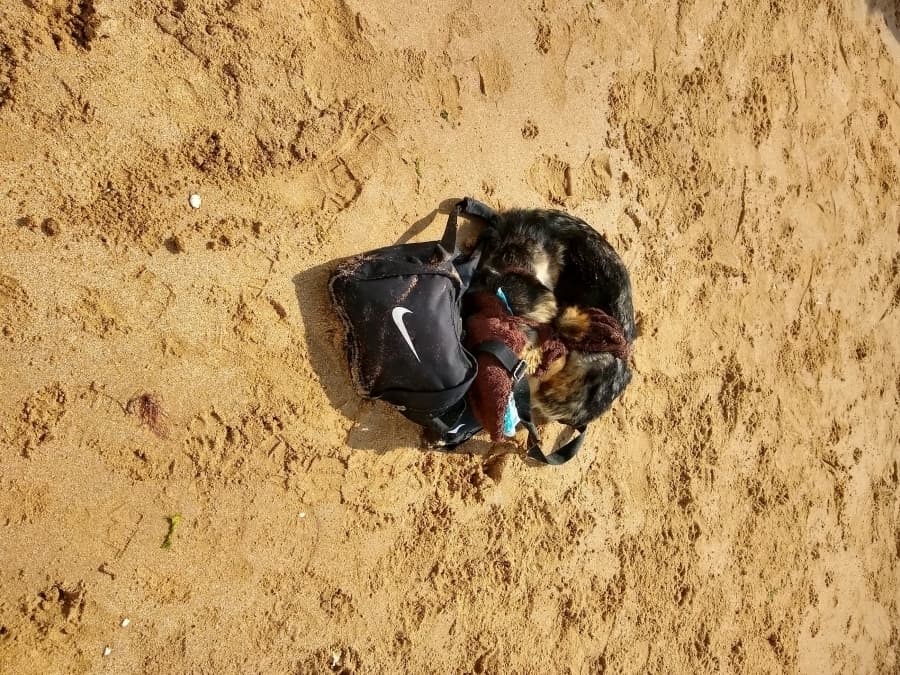 A puppy with its muzzle and legs bound together has washed up dead on a beach in Kent.

And horrified investigators think the poor dog was still alive when it was trussed up and thrown into the sea.

The skinny pup was tied up into a small ball and had a cut on top of her head where her fur had also been shaved.

A dog walker found the female dog, believed to be between six months and one year old, yesterday morning at Ramsgate.

The dog’s body was taken to a vet in Margate, Kent before the RSPCA were contacted.

Chief Inspector Steve Dockery said it is one of the most shocking cases he has come across.

He said: “This must have been an incredibly distressing discovery for the member of the public who found this poor dog.

“I’ve been an inspector for many years but this really is shocking. We believe the injured dog had been tied up and dumped in the sea.

“The vets also believe that the dog was in season before she died and that due to bruising and swelling on her muzzle as well as blood in her mouth, it would appear as though she was alive before she was bound.

“A black Nike holdall was found with her and contained the same material she was tied up with.

“Although she wasn’t inside it, it appears like whoever did this had tried and failed to place her in the bag as the bag was also full of seaweed and sand.”

The RSPCA are appealing for information into the dead dog found at Ramsgate beach in Kent.