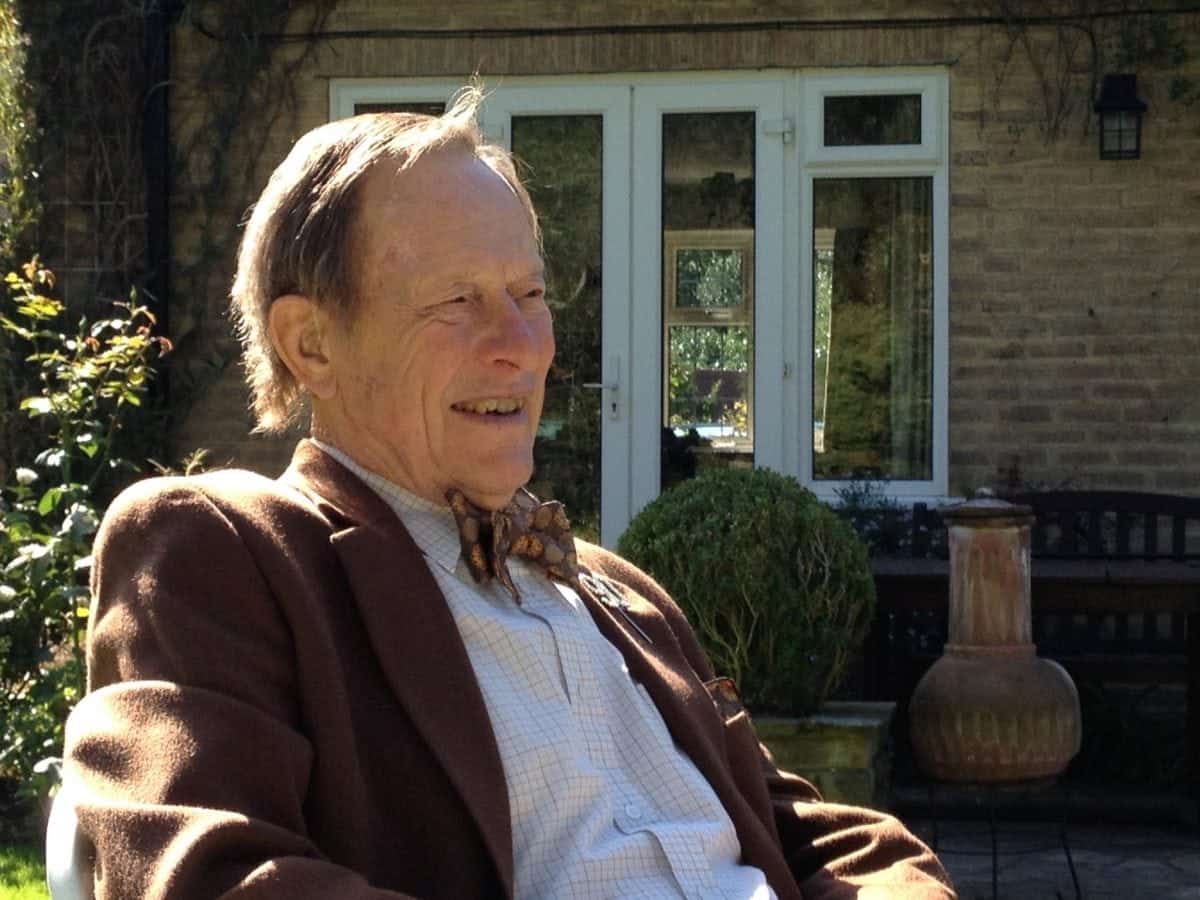 A 92-year-old war veteran who survived the brutal Arctic Convoys and D-Day landings passed away after he crashed his motorbike.

The grandfather-of-three was on his way home from a routine hospital appointment on his treasured motorbike when he clipped the kerb and broke his ribs.

He died on May 9, two weeks after the crash, and will be fondly remembered by friends and family.

Daughter Fiona Tyson said: “You could never tell my dad what to do.

“He was a very adventurous man and always a very determined man.

“He led a very full life, adventurous right to the end. Even in his hospital bed he was planning various activities.

“He was very active, so the fact that he didn’t linger on was the best outcome.

“I will always remember my dad telling jokes, making puns and laughing. He enjoyed socialising and was a proper bon viveur.

“He loved a glass of Merlot. He was a wonderful man, full of adventure and interest.

“As a child we had the most adventurous upbringing traipsing around and living abroad.”

Donald was born in Edinburgh and joined the Navy aged 17, where his job was to listen for U-boats during the Battle of the Atlantic.

Donald was awarded the Arctic Star and the Ushakov medal from Russia for his service in the convoys – 70 years after transporting the crucial supplies.

After the war, accompanied by his faithful German Shepherd Mr Beau, he studied theology at St Andrew’s University and joined the RAF Force as a chaplain.

One of his first postings took him to Kenya, where his wide-flung parish covered Uganda and Tanganyika.

During this time, he was a member of the host retinue for the then Princess Elizabeth’s visit to Kenya, during which she received news of her father’s passing and accession to the throne.

The Mau Mau uprising turned an adventurous posting into a challenging responsibility as his role was to tend to the spiritual needs of a dispersed congregation under the shadow of violence.

Son Duncan Wallace added: “He was a man of boundless enthusiasm for life and irrepressible humour, he touched the hearts of many during his long, full life.”

Donald’s marriage to wife Betty was as extraordinary as the rest of his life.

The pair first met in Aden, Yemen, on the gang plank of the troopship on their way home to the UK, while a young Betty Clapp was returning from a trip to Singapore.

But as she was engaged to another man they said their goodbyes at the port in Southampton.

When her engagement broke down the following year, she went to Spain to mend her broken heart.

It was on the beach that she happened to stumble upon Donald – and the couple were engaged a mere three days later.

His job as a chaplain took them all across the world, from Germany to Cyprus and Shropshire to Lincolnshire, before they eventually settled in Watford, Hertfordshire.

In 1977 Donald was appointed Honorary Chaplain to the Queen and subsequently wore the red cassock when preaching or on official duty.

He loved boxing and scuba diving and became president of the RAF’s Sub Aqua Association and chairman of the Combined Services Boxing Association.

While diving in Cyprus he found a treasure trove of antiquities in the sea, which was donated to the British museum.

His family have fond memories of him at the Scottish Banker’s dinner where he was famed for slicing the tops off flaming candles during his recitals every year for Burns Night.

He also gave time to St Andrew’s church, the Watford Conservatives and the Watford and West Herts Scottish Society.

When he retired at the age of 55, he became director and chaplain of the Royal Caledonian School and life managing governor of the Royal Scottish Corporation.

In 2004 he was “surprised and honoured” to have the school’s new cricket pavilion named after him.