Can you guess who this artistic collage is meant to be? It’s a tribute to a deceased celebrity in Chesterfield town centre that has been causing a right royal kerfuffle. Is that enough of a clue? It’s a face that has graced the front cover of the Daily Express more times than the weather has? […] 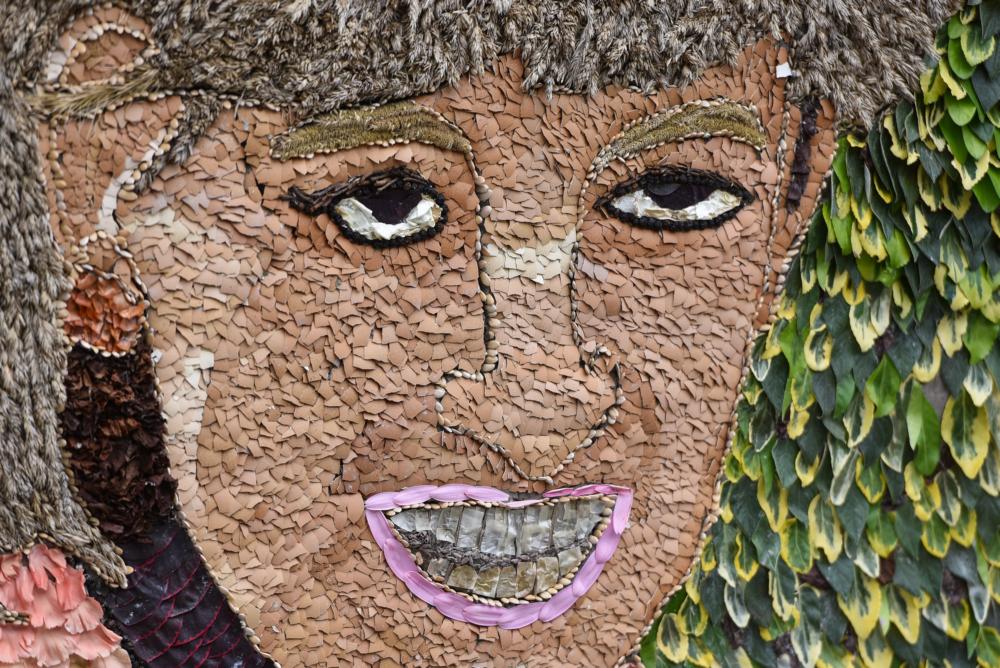 Can you guess who this artistic collage is meant to be?

It’s a tribute to a deceased celebrity in Chesterfield town centre that has been causing a right royal kerfuffle.

Is that enough of a clue?

It’s a face that has graced the front cover of the Daily Express more times than the weather has?

The artist – it could be said doesn’t hold a candle to other famous artists that captured this face – from Lord Snowdon to Mario Testino.

OK, so this is an unfortunate collage of Princess Diana – commemorating the 20th anniversary of her death. Though it is causing a stir with critics saying she looks more like Lily Savage.

The unusual masterpiece is actually a traditional piece of “art” which adorns one of the two wells in the centre of Chesterfield marketplace, Derbyshire, each summer.

The creations are made out of completely natural materials.

In this Diana tribute she can be seen with shaggy brown hair, piercing white eyes and bright pink lips.

This year’s addition is made out of wool, leaves, petal, twigs and berries.

“I live here and, let me tell you, I can feel its eyes on me, even now in my house.”

Sean Peach‏ @Peatcheo said: “Nice use of weetabix for her teeth.”

While Anthony Vickers‏ @tattyheaded said: “This is incredible. It’s exactly what art should be. It’s interesting, it’s being talked about & it’s making people laugh.”

Others have likened her to 80s pop star Limahl, Alan Patridge, Worzel Gummidge, Alma from Coronation Street and the “Beast Jesus” painting that was resored by a pensioner on a Spanish village. 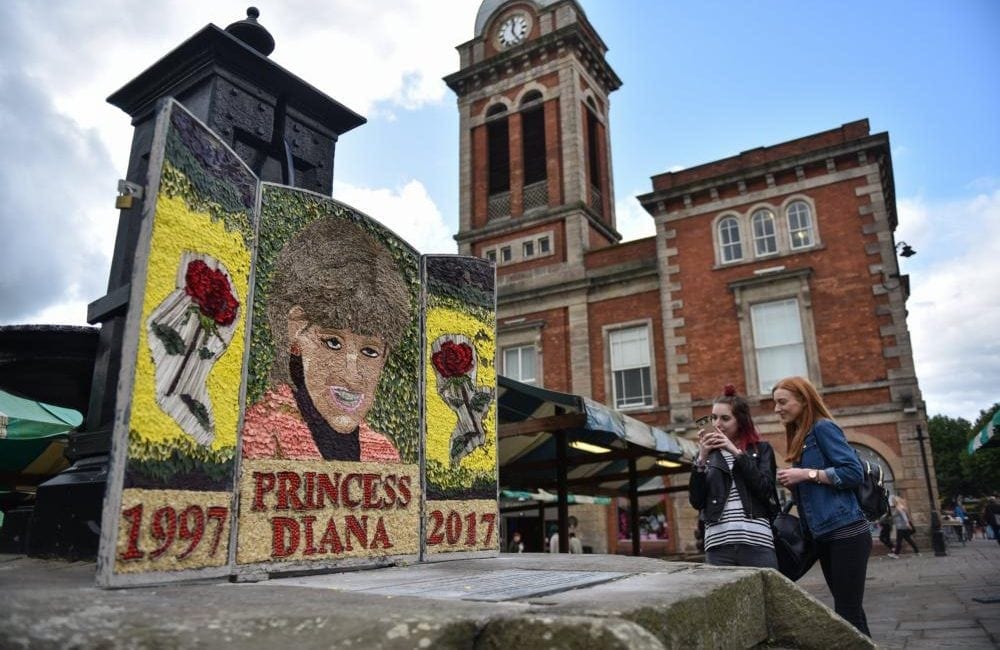 Chesterfield began well dressing in 1864 when the town pump in Market Place was decorated after a very dry summer.

The custom died out, but was revived in 1991 when a well was dressed as part of an exhibition about Derbyshire traditions.

Past creations have included the Queen, a Beatrix Potter tribute and Doctor Who.

A spokesman for Chesterfield Borough Council said: “The well dressing is produced by 14 volunteers using the ancient Derbyshire art of well dressing, which involves creating designs from flower petals and other natural materials.

“All art is meant to be a talking point and that certainly seems to be the case with this year’s design.

“The well dressing is designed to attract visitors to the area and if the publicity encourages more people to come and experience our historic market town and local shops then that can only be good for Chesterfield.” 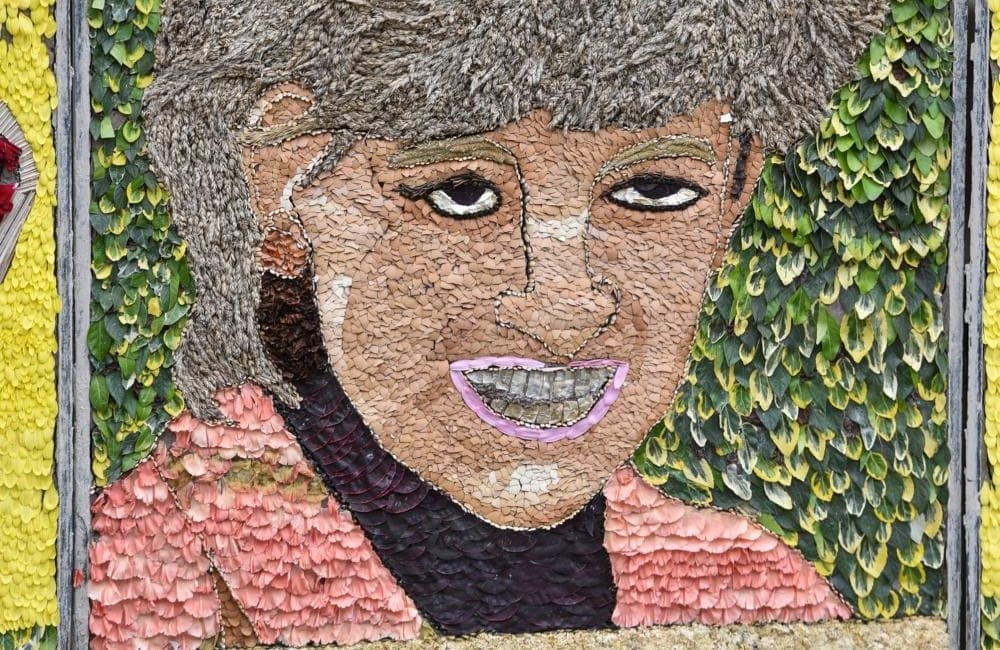 The 12ft tall well dressing of Diana was made by a group of 14 volunteers, who between them spent around 120 hours producing it, between Monday and Friday of last week.

The well dressing can be seen on the water pump in Chesterfield Market Place until Saturday September 16.

The theme of Diana, Princess of Wales was chosen as it is the 20th anniversary of her death and she opened the town’s Visitor Information Centre in 1981.

Local student, Emma Norton, 19, said: “This years well dressing is a little different than usual, it did make us laugh.

“But we do look forward to checking out the well dressing, it’s a lovely tradition we have.”

Some locals have hit out on the Chesterfield Borough Council Facebook page saying it should be taken down.

Gayla Tuckley commented: “I saw it and thought what an insult to Dianna.. luckily she had a sense of humour and would probably be laughing if she could see it or cared. But still it needs taking down it’s not nice at all.”

Karen Byfleet said: “Absolutely horrendous makes me ashamed to say I come from Chesterfield. How much of our money has gone into this? Chesterfield borough council you should be ashamed of yourselves.”

While others think it is hilarious, with John Marples saying: “I have tears running down my leg. Looks more like dictator May on a good day.”

Emma Clarke posted eight crying-with-laughter emojis alongside a monkey with his hands over his eyes.