It follows a campaign launched last year to transform her £1million mansion into a shelter for refugees and asylum seekers. 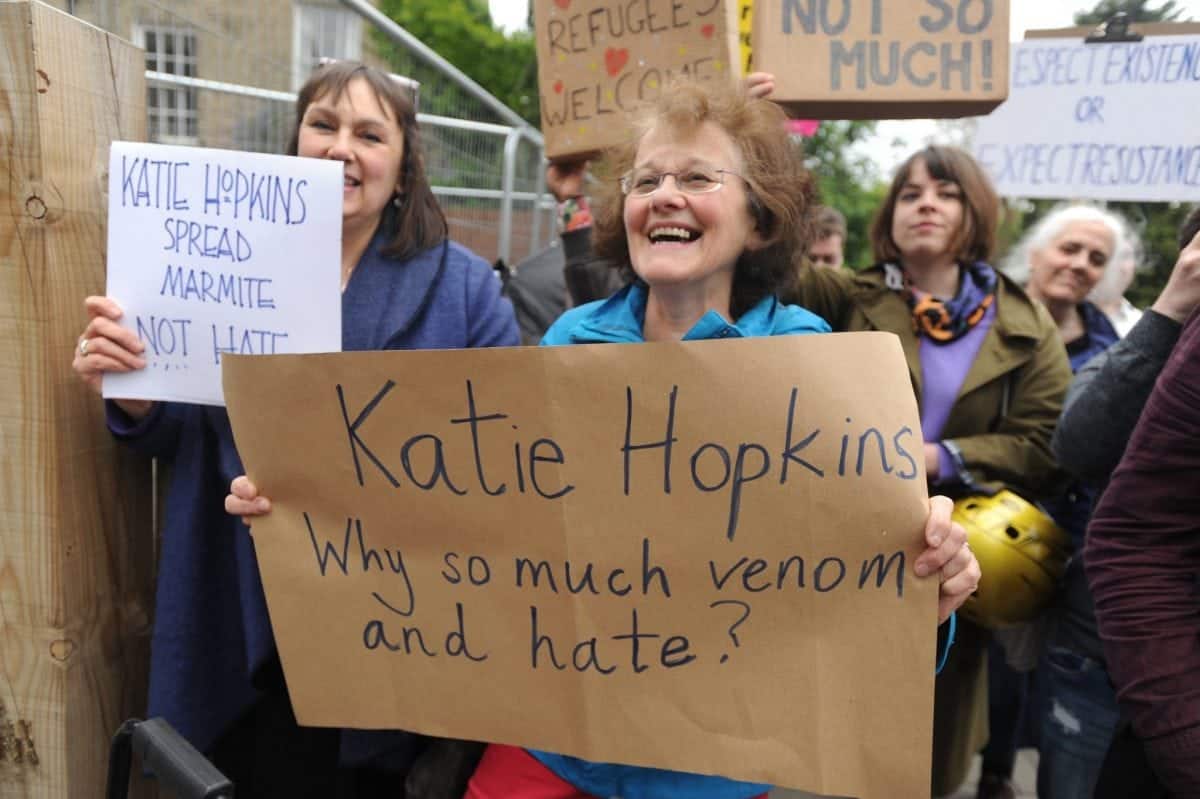 A Gofundme page has received over £5,000 in donations for refugees in Calais – in Katie Hopkins’ name.

The money, which will be sent to CARE4CALAIS, has been racking up since the page was set up in June.

In 2015, following harrowing reports of migrant deaths at sea, Ms Hopkins wrote a column with the title, ‘Rescue boats? I’d use gunships to stop migrants’.

But now her controversial views towards refugees could be getting put to good use – by spurring people on to donate to affected people in her name.

The page, set up by Lisa Moorish, reads: “Do you want to join me in making a difference? I’m raising money in aid of CARE4CALAIS in anti refugee racist, KATIE HOPKIN’S NAME, and every donation will help refugees from all over the world, stuck in the north of France. She has single handedly helped in making their lives more difficult. Thank you in advance for your contribution to this cause that means so much to me.”

It follows a campaign launched last year to transform her £1million mansion into a shelter for refugees and asylum seekers.

A Gofundme page was set up to raise £950k to buy the house after she put it on the market after losing an expensive libel case.

For more information visit the GoFund me page HERE