A pensioner has celebrated her 100th birthday and revealed her longevity is down to a cap of whisky in her MORNING cup of tea. Hilda Hutchinson also has a drop of brandy in her coffee during the winter months and a sherry at Christmas. She celebrated the landmark birthday with a glass of champagne, as […] 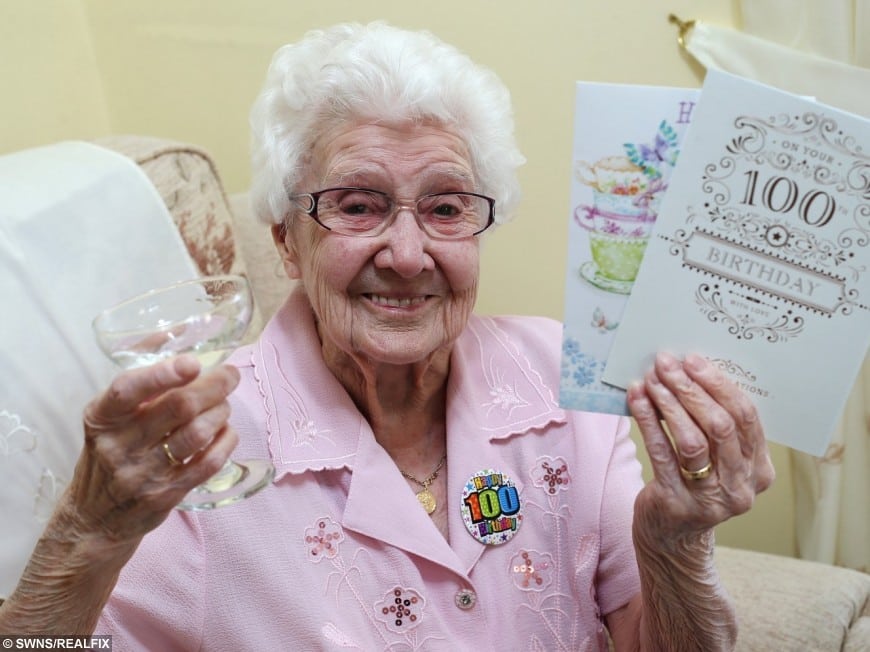 A pensioner has celebrated her 100th birthday and revealed her longevity is down to a cap of whisky in her MORNING cup of tea.

Hilda Hutchinson also has a drop of brandy in her coffee during the winter months and a sherry at Christmas.

She celebrated the landmark birthday with a glass of champagne, as she hosted a family reunion at her sheltered home in St Anne’s, Nottingham.

The mum-of-three, who was “honoured” to receive a telegram from the Queen, believes her morning tipple is the key to her long life.

Daughter Maureen Wright, 72, said: “It’s an amazing achievement for her to have reached 100 and still be as sprightly as she is. 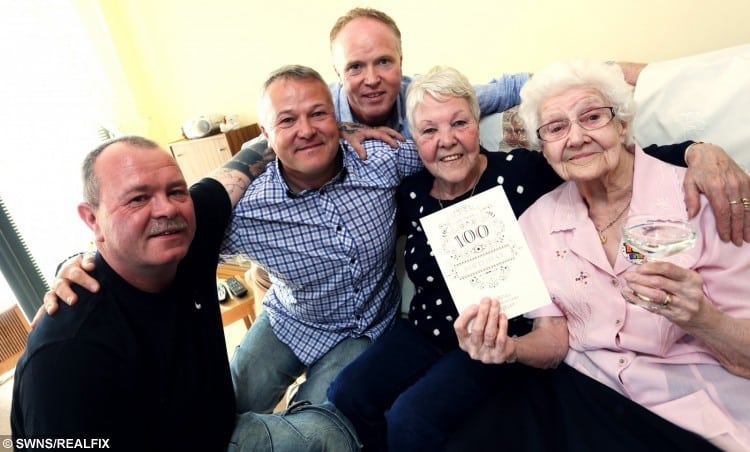 “I think the drop of whisky in her morning tea must be the secret to her success.

“She’s been having it for as long as I can remember, even back when I was a youngster.

“Every morning at about 8am she makes her morning tea, and just drops a tiny cap of whisky in there.

“She likes Grant’s or Bells, whichever is on offer.

“She says it helps her to warm up and feel ready to face the world. I’ve also heard that it helps to keep the blood clean, but I’m not sure about that.

“In the winter when the temperature drops she sneaks a dash of brandy into her coffee. To be honest I think she prefers the brandy to the whiskey, so it’s a bit more of a treat.

“It’s a tradition that she has her sherry at Christmas as well. Everybody that goes round to hers on Christmas day has to have a glass of sherry and a home-made mince pie. 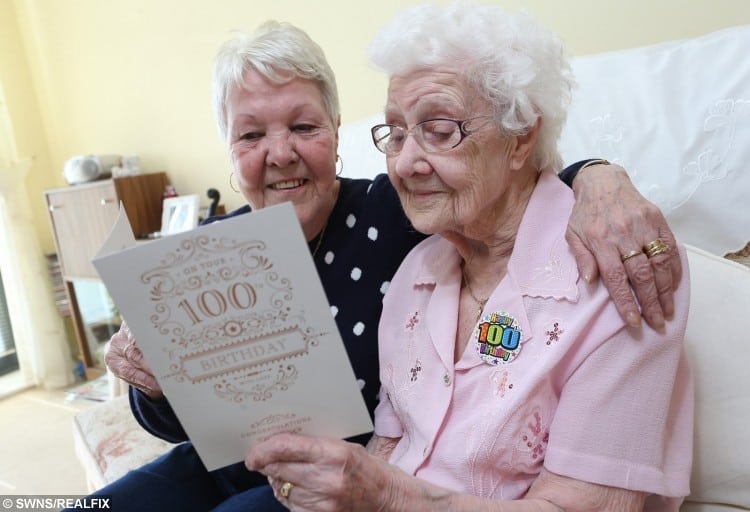 “People will probably think that it’s a lot of alcohol for an elderly lady, but it certainly doesn’t seem to do her any harm, does it?

“I’ve started to have whiskey in the mornings as well. If she can keep fit, I can. It must be the secret to her long life, it keeps the doctors at bay.

Hilda, the head of five generations, was born in Beeston, Nottingham, and worked as a machinist at the local Lace Market before helping to prepare school meals.

As well as Maureen, she is the mover to Joyce Johnson, 79 and Leslie Hutchinson, 66.

Maureen added: “She is fiercely independent for her age – I try to help out, but most of the time she won’t let me!

“She does everything herself, except the hoovering. She does the washing, the ironing, all the cooking, everything.

“Aside from some diabetes medication, she doesn’t have any medical treatment at all and is amazingly fit – she puts me to shame. 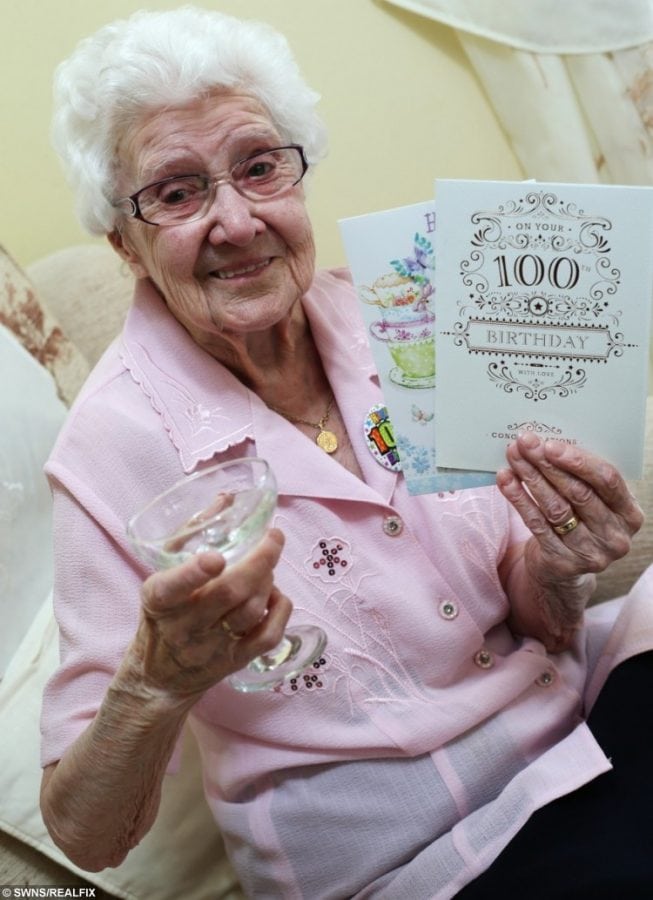 “Most of the time she’s able to walk around the house and outside without a stick.

“I take her out on Thursday’s as a special treat, to the hairdressers to to get some shopping.

“She also gets a lot of shopping from Iceland, who gave her a box of chocolates last week as she’s their first delivery customer to turn 100.

“It really is a proud moment for her and the whole family, and I know that she’s been looking forward to the telegram from the Queen for some time now.”

Read: The London Economic’s Woman branded a ‘dunce’ at school & hid illiteracy all her life is finally learning to read…aged 87! Click Here

Read: Women shout “Shame on you” at Tory Minister as he says they should get apprenticeships when they lose their state pension. Click Here