Eva spent her Saturday afternoon delivering the goodies in Chorley. 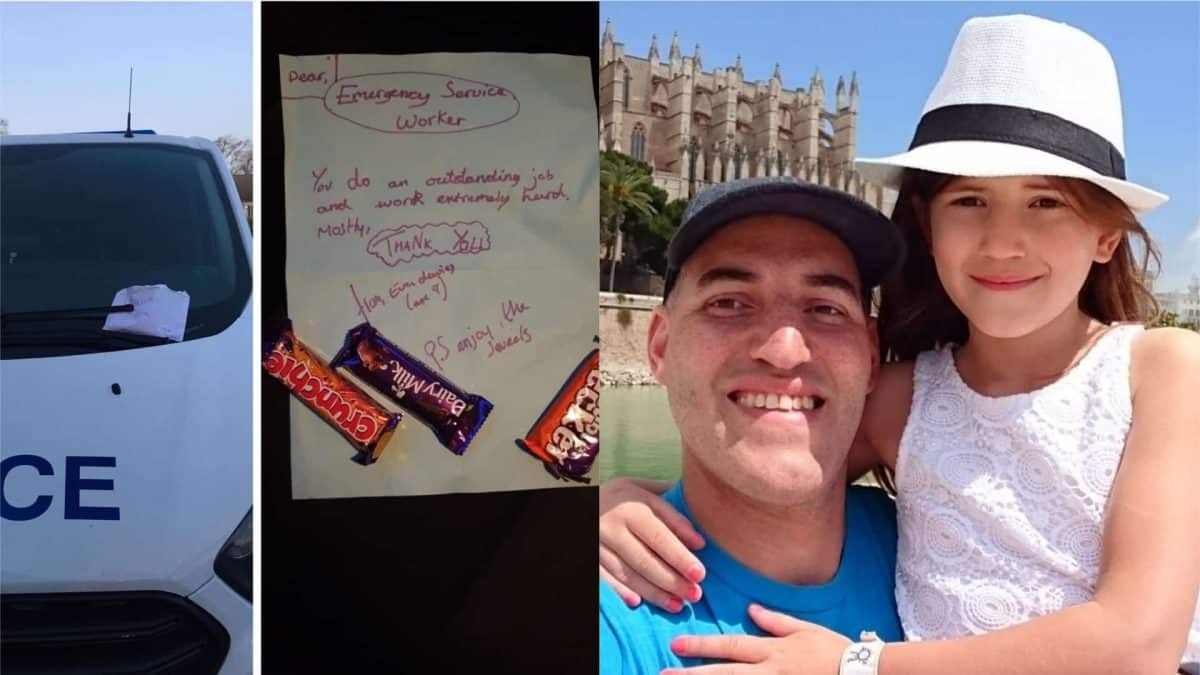 Eva, nine, from Chorley, spent the afternoon delivering letters to NHS workers and police officers in the area after after watching a YouTube clip showing the more difficult side of the job.

“My daughter was watching a YouTube clip and it was showing the ambulance service and police generally having… the general public misbehaving towards them,” Eva’s father Gary Davies, 40, told the PA news agency.

“We talked about it and we wrote a dozen little notes, put them into envelopes, and put some chocolate in.

“She wrote the notes and addressed them to ‘Emergency Service Worker’. She’s only nine, (so) she didn’t think to just write the same thing every time!

The gesture was how Gary and Eva decided to spend their “daddy-daughter day”, giving the letters out both in person and by leaving them on parked emergency vehicles.

One of the letters, left on a police vehicle, read: “Dear Emergency Service Worker. You do an outstanding job and work extremely hard. Mostly, Thank You.”

“Yesterday a little note was left on some of our vehicles which has brightened up our day!” Chorley police’s Twitter account tweeted. “If anyone knows Eva, if you can get I’m (sic) touch I’m sure we can arrange something in return!”

Mr Davies confirmed that Chorley police had indeed been in touch and have invited Eva to have a look around the station.

“They dropped me an email last night and said they’d like for her to come in and have a look around the police station,” he said.

“They said they’d maybe try and make some time to go and see the police dogs and the mounted police, which she’d love.

“I think she made a few people happy.”