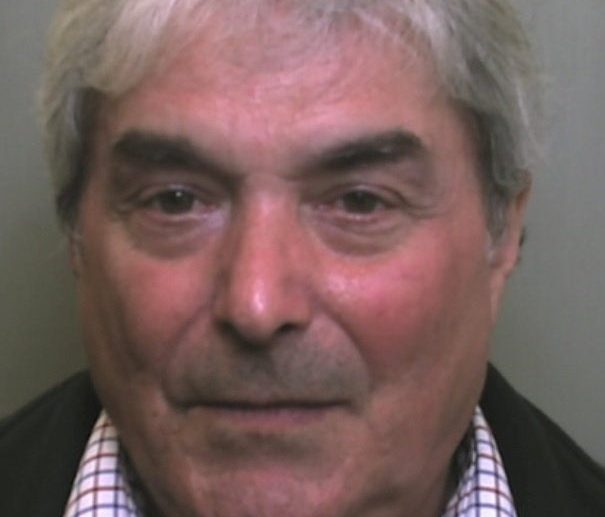 A greedy son branded a “spendthrift” by a judge has been ordered to pay back £560,000 he stole from his own mother after discovering he was set to lose out in her will.

Jobless Richard Willis spent four years plundering the savings of his elderly mother Audrey while she was seriously ill in a care home.

The 66-year-old then used to money to fund a lavish lifestyle – buying himself a new house and spending huge sums on expensive food and wine.

He was jailed for six years in 2015 after a jury found him guilty on four counts of fraud at Northampton Crown Court.

Willis has been released on licence from prison but a judge has ordered him to pay back £560,000 at a Proceeds of Crime Act hearing.

He has now been ordered to re-pay £566,365 within three months or face a further 40 months in prison.

Branding Willis a “spendthrift” Judge Rupert Mayo said: “Money, as it became available to him, burned a hole in his pocket.

“Whenever Willis had access to his mother’s accounts he would go off and buy antiques, guns, cars and, via credit card, very nice food and wines.

“Sums were expended largely for personal expenditure rather than money that was being squirreled away for later on.

“Willis described himself as having a fascination with gun making and was, I am sure, keen to impress his shooting friends with the correct clothing, 4×4 vehicle and other accoutrements.”

Judge Mayo estimated Willis had benefited to the tune of £713,002 from his criminal conduct and issued a confiscation order for what was believed to be a recoverable amount.

The court heard how Willis spent the pilfered savings on shotguns, sports cars like Jaguars, and a £285,000 cottage in his home town of Newport Pagnell.

He manoeuvred himself into the position to have power of attorney for his ageing mother after his father died in 2007 and he found out he would not be entitled to a large part of her fortune.

Willis even sold her retirement flat in Northampton for £199,000 the following year and moved her into a full time care home. He only used £29,000 from the sale of the property towards her care, the court heard.

He also ate out at expensive restaurants with his friends, developed a taste for fine wine and even took up archery and shooting.

A court heard his mother died in 2013 with only “two sets of clothes to her name”.

Jailing Willis in 2015, Judge Mayo told him: “There was no more than a veneer of care shown towards your mother. It was an appalling breach of trust.

“You deluded yourself on a massive scale. You firmly believed that you were intended to receive your mother’s fortune.”

After the Proceeds of Crime Act hearing last month, Sue Lyon, Northamptonshire Police financial investigator, said: “Willis was driven by greed to make money and lead an easy, lavish lifestyle, but this legislation allows us to go after him even when he was released from prison.

“This is one of our biggest confiscation orders and, thanks to the investigation, the money recovered will go back to the estate of the late Audrey Willis and then distributed according to the original terms of the will.”