David Revell, 68, also had indecent images of children on his computer but avoided jail after being snared by paedo hunters 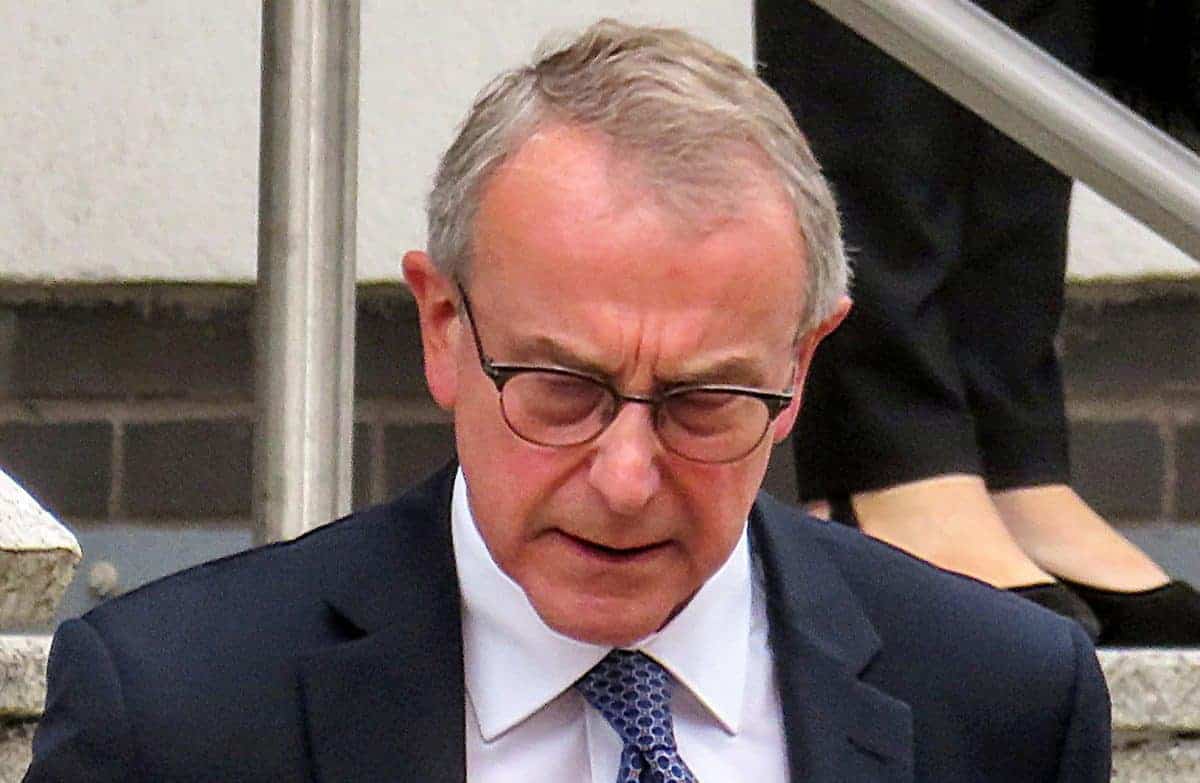 A former school governor who tried to meet a 12-year-old girl and took upskirt photos of teens was spared jail after a judge decided to give him “the benefit of the doubt”.

David Revell, 68, was also caught with hundreds of indecent images of children on his computer after being snared by vigilante paedophile hunters.

A court heard the pervert groomed a youngster online, took upskirt pics of students on a bus and told another 13-year-old girl: “You look very hot. Love it that you’re so young.”

Revell, who resigned as a governor of Myton School in Warwick after being trapped by a vigilante group, admitted attempting to meet a 12-year-old girl.

He also pleaded guilty to engaging in sexual communication with a child, taking indecent pictures of children and making indecent images by downloading them.

But Revell, of Kenilworth, Warks., avoided jail after being given a 14-month prison sentence suspended for two years with a rehabilitation activity on Thursday (5/9).

He was also ordered to undertake 150 hours of unpaid work, to register as a sex offender for ten years, and to pay £425 costs at Warwick Crown Court.

Sentencing, Judge Barry Berlin said he was prepared to give the disgraced former governor “the benefit of the doubt.”

He said: “You are 68 years of age, and you should be thoroughly ashamed of yourself.

“You were found to have been grooming children you knew were 10 to 13 years old, and had arranged to meet someone who you thought was 12.

“But there are mitigating factors. You entered a plea of guilty at the earliest opportunity, you have shown remorse and, more importantly, you have taken active steps to address your problems.

Prosecutor Andrew Wilkins said the matters came to the attention of the police after Revell travelled to Manchester to meet a 12-year-old girl he had been chatting to online.

But he was met by members of a paedophile hunter group who had set up a decoy profile and the police were contacted.

His phone and his laptop were seized, and on them the police found evidence of online conversations of a sexual nature with five girls, as he believed them to be.

In his communication with ‘Louise,’ who he arranged to meet, he made it plain their conversation had to be kept private – because he would not want HER to get in trouble.

Mr Wilkins said: “He talks about seeing her legs and liking to see her in a mini-skirt, and eventually there’s an arrangement to meet up, that she should travel to Manchester without telling her parents and he would travel from Warwick.”

Revell made it clear he would buy her gifts and talked about going to a hotel room and also sent one girl attempted ‘upskirt’ pictures he had taken of schoolgirls on a bus,.

Mr Wilkins said this “was concerning” because he was a school governor at the time, and asked her to take similar pictures and send them to him.

His computer also contained 387 images of girls in naked or indecent poses which he had downloaded from the internet, and two more serious ones of girls in non-penetrative sexual activity.

Amy Jackson, defending, said: “Your Honour has to deal with this man of 68 years of age who has not previously been before a court.

“He offers no excuse for his offending. He is disgusted and shocked with himself. It is genuine remorse, and not just self-pity.”

She said Revell, who had a history of voluntary work, had not gone into school governing with any unlawful intention, and the role did not bring him into direct contact with children.

As a result of the offences, his family have cut all ties with him, which Miss Jackson said had been “significant punishment.”

She added Revell has completed work with the Lucy Faithful Foundation and Stop It Now, which both work with sex offenders, and has engaged with a psycho-analyst to address his offending.