The Avon and Somerset force officer posted the pic on Facebook 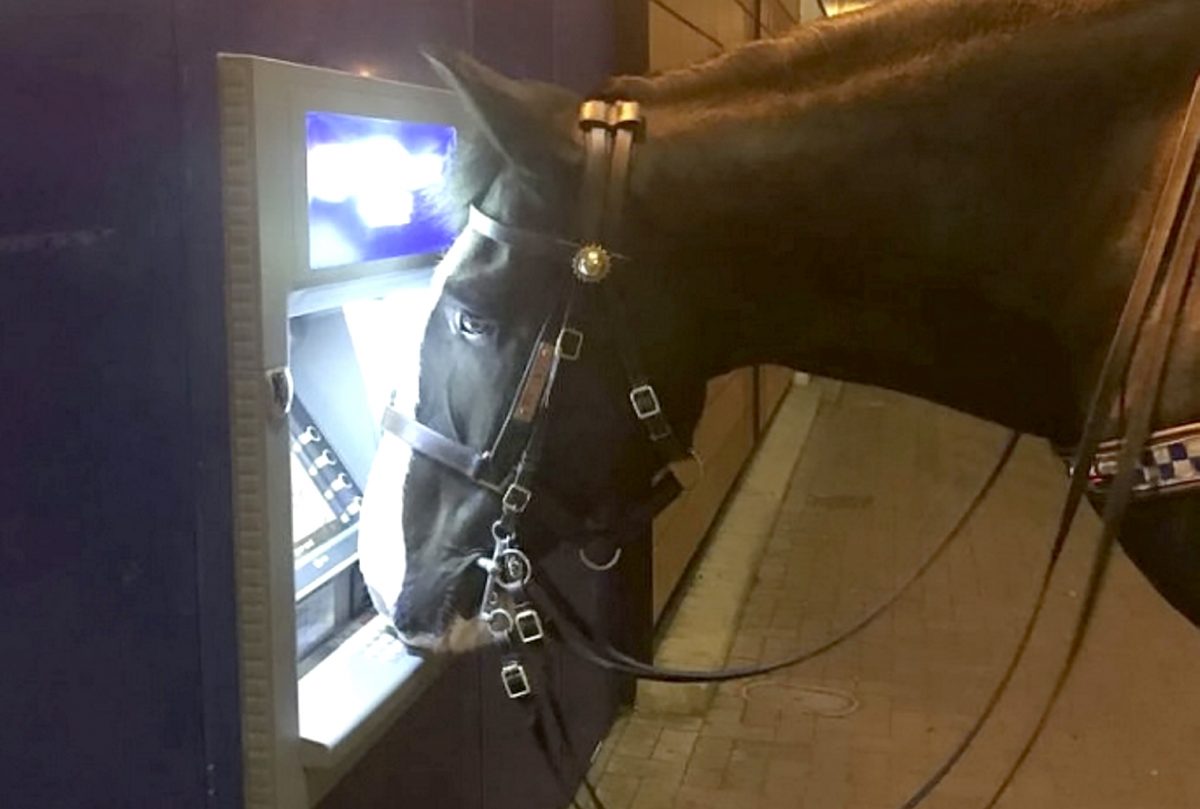 Hay big spender lend us a pony – a police officer took a photo which appears to show his horse using a CASH MACHINE.

The Avon and Somerset copper rode his horse Jubilee near the ATM during a patrol in Nailsea, Somerset this weekend.

The cheeky horse trotted up to the machine for a close look, and his tickled rider took a snap.

Locals joked the horse was “financially stable” while the force said they think the horse is after a raise — in polos.

The force posted the pic on Facebook, with the caption: “We’re not sure, but we think he may be trying to tell us he would like some more Polos… Captions please. 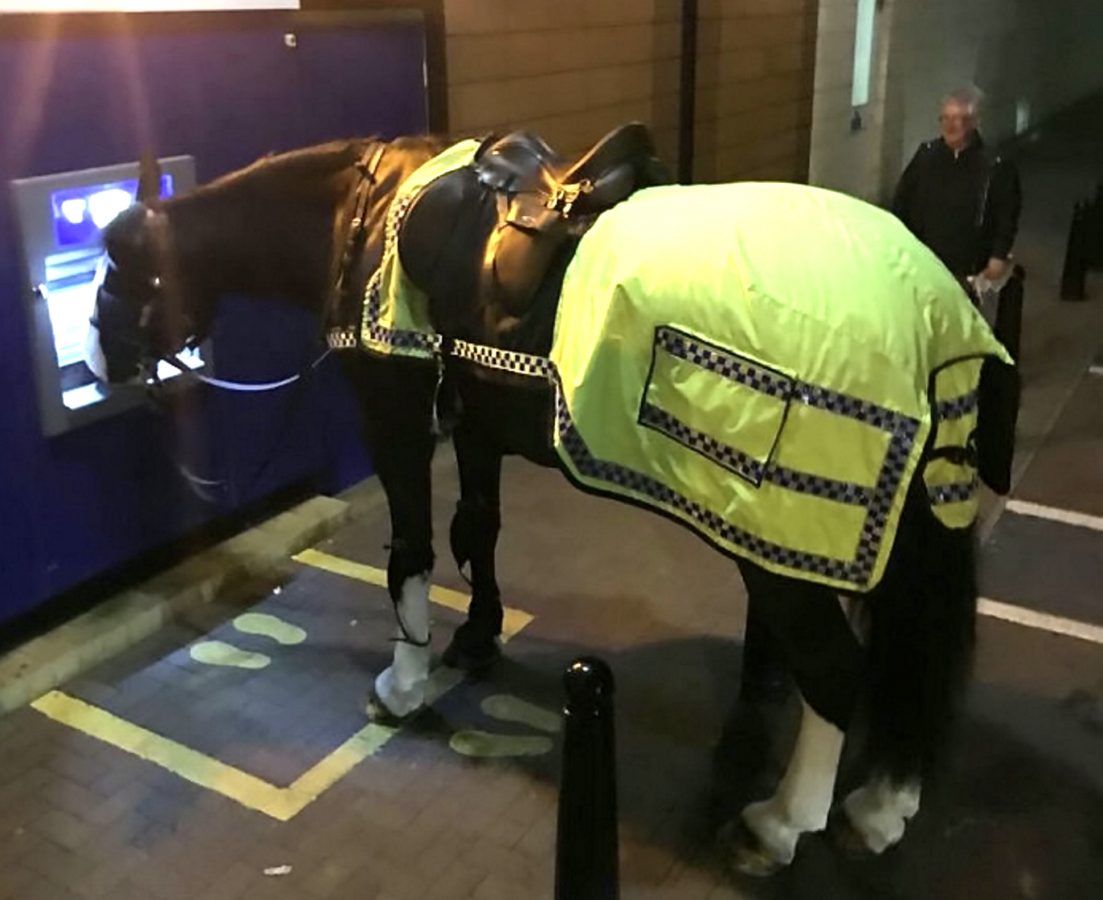 One person wrote: “Thought I was more financially stable than that. I better rein it in.”

Another added: “Jubilee is enjoying the higher pay since promotion but he’s been saddled with a lot of extra work. Still, he’s approaching the job with unbridled enthusiasm.”

Another said: “Why the long face? Because I’ve got nothing in my bank account.”

One said: “A tenner left til next week? Man-ure kidding me!!!”